From classmates, to best friends and colleagues at Cabrini

The first two students to cross the Commencement stage in 2017 and receive their undergraduate degrees from Cabrini as a University approached the stage together once again together this year, both earning a master’s degree.

Eight years ago, in 2013, we both moved into our rooms on campus, just a few doors down from one another on the fourth floor of East Residence Hall, not having any idea how incredible our journey at then Cabrini College, would be. 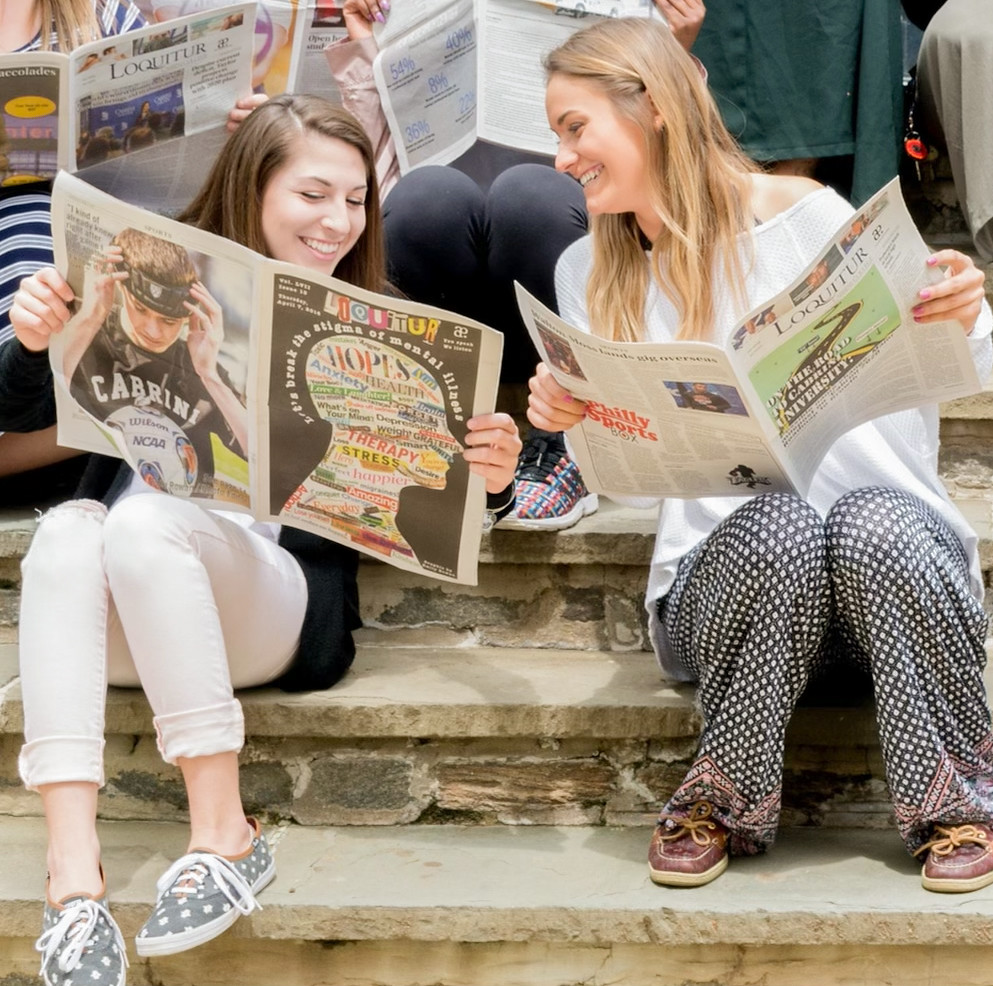 During our first year, we were both members of the Honors Program and occasionally visited each other’s room to chat about our never-ending assignments. Junior year came before we knew it, and we found ourselves practically living in the Communication Department together, collaborating and creating award-winning Loquitur issues. During our senior year, we worked with our classmates to build a website for activism from the bottom up. Never in our wildest dreams would we have thought that we’d end up winning a gold Davey award for this website just a few months later.

The days and nights often felt endless, but we wouldn’t have changed a thing. During those long hours in the Communication wing, we shared constant laughs, bonded over our personal lives, gave each other hours of advice, and always made sure the other felt supported. We became more than just classmates—we became best friends. 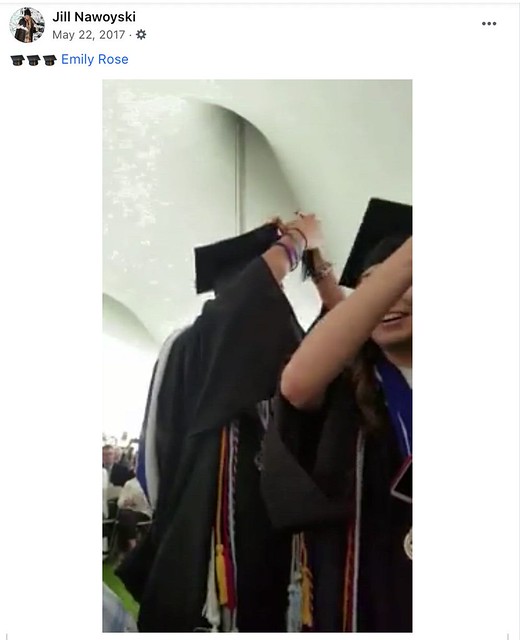 On May 21, 2017, we sat side by side at graduation and were the first two students to ever officially graduate from Cabrini University. We walked across the stage (one behind the other) both winning the coveted Communication Department Award, making all of the hard work, late nights, and both tears and laughter all worth it.

A couple of years passed, as we began our careers in different places (Jill at a Center City firm and Emily at Cabrini). It wasn’t long before we were both right back where we belonged—Jill returned to Cabrini for a job Admissions—collaborating together once again at our alma mater.

Today, our offices sit side-by-side on the third floor of the Cabrini Mansion. We are now both a part of the University’s Marketing and Communication team. We work together daily to market our beloved University through videos, postcards, web articles, emails, and more. We work hard, put our whole hearts into what we do, and have so much fun doing it. 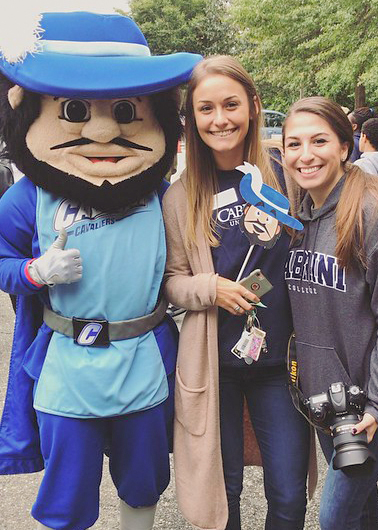 To top it off, last week, on May 22, we got to cross the Cabrini Commencement stage together for a second time—side by side (again!)—just this time while wearing masks. We now both have Master’s Degrees in Leadership, thanks to Cabrini.

Cabrini didn’t just give us two degrees. This University also gave us something far greater—the friendship of a lifetime.

When I chose Cabrini, I figured I would have the typical college experience. Meet new friends, maybe join a club, eat too many packs of Ramen Noodles, and ultimately study a lot in preparation for a future career.

And yes, all those things happened, but there was also so much more. I was inducted into four honors societies, I had an internship, I was a classroom coach, I built a beautiful portfolio of work including published, award-winning newspaper covers, and I excelled in the Communication Department, winning the senior class medal along with one of my best “new friends” I made, Jill.

“Although at this moment everything seems perfect enough that I wish it could stay like this forever, I know there will be another great adventure waiting for me beyond 610 King of Prussia Road. I am grateful for the remarkable impact this place has left on me … ” 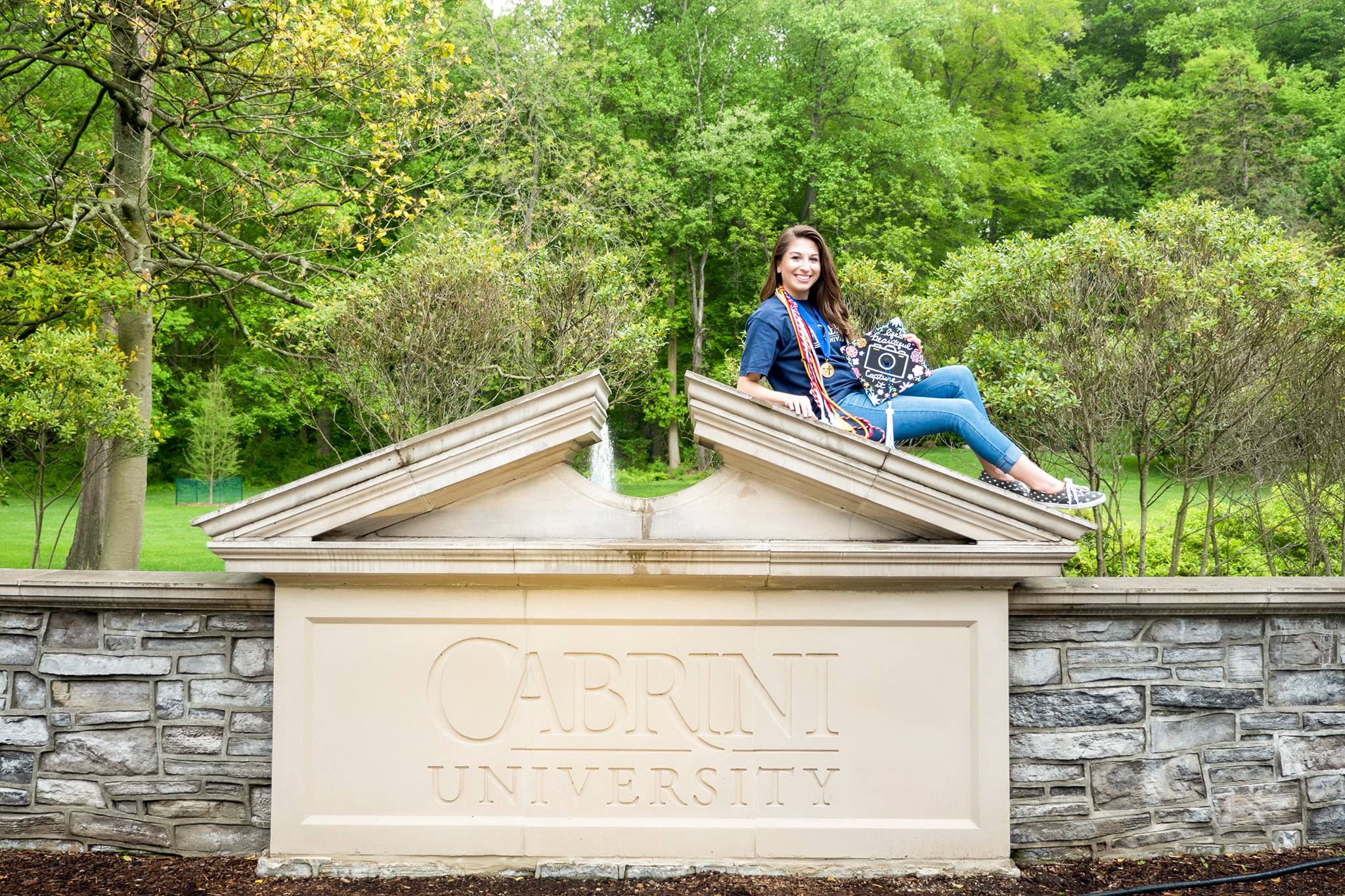 Unknowingly, at the time I clicked publish, my next great adventure wasn’t beyond 610 King of Prussia Road, at all. My next great adventure was transitioning from being a student to becoming an employee at Cabrini! I was offered and accepted a full-time job in the University’s Marketing and Communications Department just a few short weeks after graduating.

The past four years working here have continued to amaze and influence me. I have photographed the Cabrini Galas, Homecomings, Commencements, and more. I have written stories about our students’ impact on the world, learned how to fly a drone, put together countless videos promoting our Cabrini mission, and had the opportunity to receive my master’s degree. But, most importantly, I have made sincere, lasting friendships with my colleagues.

To think that none of this would have been possible if it wasn’t for one young woman with a lot of resiliency and the powerful belief in educating hearts … thank you, Mother Cabrini, for changing my life in the very best ways.

They say when you know you know, and that’s exactly how I felt after walking onto Cabrini’s campus for the first time back in 2013. After touring and applying to over 15 different colleges, not one of them felt as welcoming as Cabrini did. From the moment I stepped foot on campus, I knew that this supportive community was exactly where I needed to be.

I enrolled at Cabrini knowing that I was passionate about writing and filming, so studying communications and marketing were no-brainers for me. I quickly got involved in our student-run newspaper, The Loquitur, and became Editor-in-Chief my junior year. The opportunities that Cabrini gave me were ones that I wouldn’t have gotten at a larger university. I was elected class president and served on Student Government, gave tours to prospective students through the Office of Admissions, was an Orientation Leader, Classroom Coach, Master Learner, had multiple internships, and so much more. I slowly grew into the best version of myself the more I got involved, focused on my studies, and took the advice of my many mentors. I had a tribe of people who had my back, supported my every move, and gave me the best advice. Cabrini is more than just a place—it’s a family. 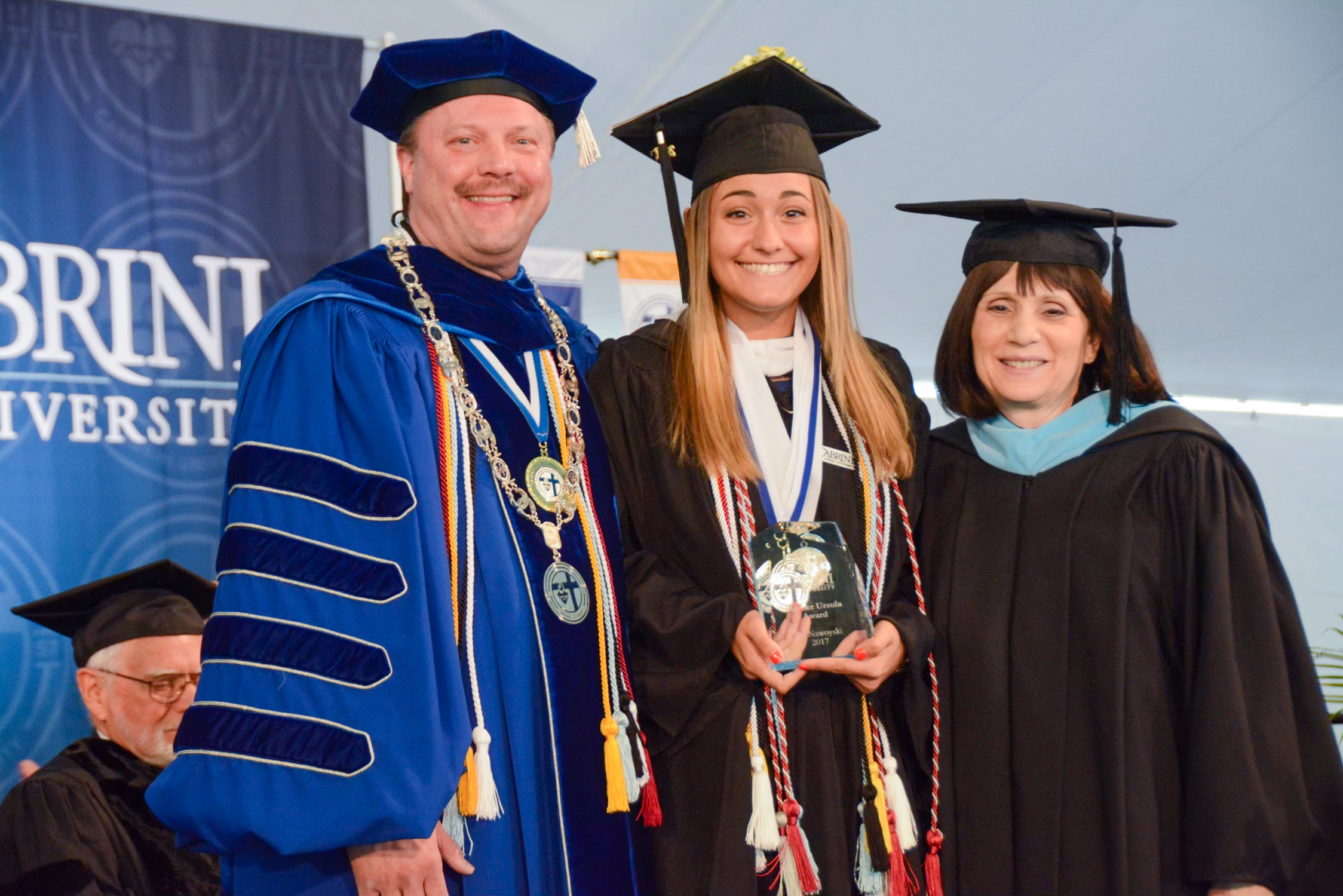 Walking across the graduation stage in 2017 receiving the Mother Ursula award with tears in my eyes was one of the hardest days of my life, but I knew that I wasn’t saying goodbye to my favorite place for good. After working in the financial industry after graduation, I returned to Cabrini to start my master’s degree and work as an Admissions Counselor, covering my hometown area of South Jersey, and eventually being able to recruit the first-ever Nursing class. When an opening on the Marketing and Communications team came about, I jumped at the opportunity. I interned with the team when I was a junior in college and accepting a full-time offer truly was a full-circle moment for me. I wake up each day loving what I do (and hey, working alongside my best friend just like we did in college is a huge plus).

I’m extremely fortunate to be able to receive a second degree, and I wouldn’t be who I am without Cabrini University. I’ll forever be thankful for this school that has given me so much.