Reacting to the Past at Cabrini

Studying history is immensely important to develop as critical members of our society, and it plays a very important role in college education. However, I cannot tell you how many of my peers have told me that they don’t like history, that it really bores them. I, myself think that history is very interesting and it can be a very exciting thing to study and learn about, I also think that teaching methods have a lot to do with how one person perceives the education they are receiving.  I can honestly say that I’ve always had good history teachers that have made me engage with what I am learning and get excited about it, wanting to know more.

So far at Cabrini, I have taken history classes with Dr. Hedtke – who has an amazing and fun way of dictating them and I just finished taking the Honors version of ECG-100 the Reacting to the Past series with Dr. Wright. The ECG course was based on the Indian partition. Before coming to Cabrini I had never heard about the Reacting to the Past games, so I chose to write this entry on this history game because I find it to be an amazing teaching method to get students to actually ‘get involved’ with history itself and have fun with it.

“Reacting to the Past (RTTP) consists of elaborate games, set in the past, in which students are assigned roles informed by classic texts in the history of ideas. Class sessions are run entirely by students; instructors advise and guide students and grade their oral and written work. It seeks to draw students into the past, promote engagement with big ideas, and improve intellectual and academic skills.” (RTTP website)

Reacting to the past was created in the late 1990’s by Mark C. Carnes, Professor of History at Barnard College, and it has since then been implemented in many universities across the US, and also abroad, Cabrini is one of those universities. It is thanks to Dr. Paul Wright that RTTP is a class at Cabrini, for he is the one who first introduced it to faculty in 2007 and he is a liaison at the RTTP National Headquarters. Cabrini is also a member of the Reacting to the Past Consortium.

In the RTTP games, students get to play the role of someone in history and their objective is to win in the game, fulfilling the mission assigned to them. Students also have to debate, which forces them to really get involved with the character they’re playing and learn how to reason well. Also, while playing the role, students are pushed to situate themselves in the time period where the events take place, and I think that is an excellent way to actually learn history facts that might slip away using more traditional methods of teaching. 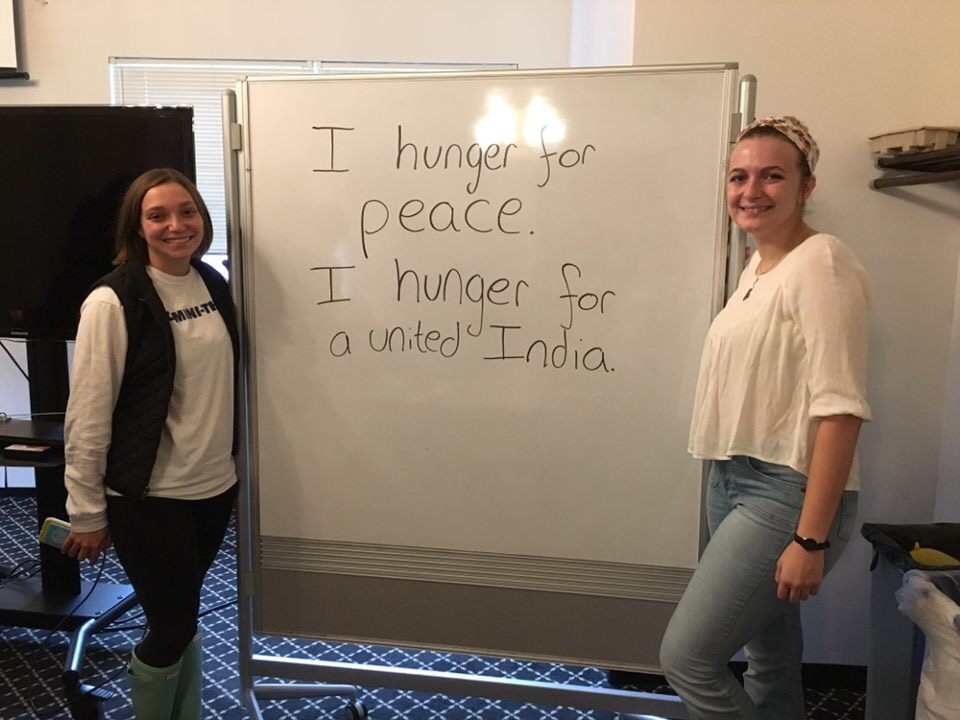 Reacting to the Past creates a very fun atmosphere around campus, you have different classes discussing a historacal theme, debates are going on constantly, and students developing strategies in order to win the game. People talk in character, deeds and treaties are created, and the plotting is constant. I can honestly say my RTTP game kind of took over my life, and I loved it. I learned a lot about Indian history and I was able to look at it with a broader perspective and from different angles. It also helped me get to get to know my classmates better because we had to get together to strategize, so playing this game definitely incentivizes interaction between students more than a normal history class would.

I loved having this experience at Cabrini and I am already looking forward to my next Reacting session.