Well-known and much respected among the Cabrini community and beyond, Primiano’s legacy lives on in the many lives he impacted. Friends, colleagues, and former students will remember him for his passion for teaching and scholarship; his affinity for religion and collection and study of religious artifacts; his appreciation of the arts; and his impeccable fashion sense and style.

“Leonard was an impactful member of our faculty and Cabrini community,” said Cabrini President Donald B. Taylor, PhD. “His passion for his subject matter and for the students of Cabrini was evident in his teaching, and his animated and lively spirit brought peace to so many who had the pleasure of knowing him. Leonard will be greatly missed.”

A renowned folklorist and religious studies scholar, Primiano joined the Cabrini faculty in 1993, serving ultimately as Department Chair and Professor of Religious Studies until his retirement in 2021. He also co-directed Cabrini’s Honors Program for many years.

Primiano’s passion for teaching and care for his students were evident in his courses, in which students focused on the history of Christianity, vernacular religion, religious folklife, sectarian religion, and contemporary American religion, among other areas.

Primiano also served as the developer and curator of Cabrini’s Religious Folk, Popular, Liturgical Arts Collection. His curated exhibitions include his personal collection of Italian ex-voto paintings, “Graces Received: Painted and Metal Ex-Votos from Italy” and “The Religious Mind: The Art of Science, Religion, and Healing” with Ben Danner (’13). In 2006, he coordinated the acquisition of The Don Yoder Collection of Religious Folk Art.

His teaching career and service to Cabrini earned Primiano many accolades, including the Lindback Distinguished Teaching Award in 1999, an Honorary Alumnus Award in 2007, and a Buzzalino Family Faculty Scholars Award in 2018, in addition to being a recipient of the Bryn Mawr Film Institute-Cabrini University On Justice Fellowship in 2018‒2019.

In 2014, Primiano received the Kennedy Center/Stephen Sondheim Inspirational Teacher Award, which recognizes American teachers annually by spotlighting their impact on the lives of students. In his nomination letter, Primiano’s former student and longtime friend and colleague John Pino (’07) said, “He inspired me to look at life in an entirely different way. Dr. Primiano was diagnosed with cancer during my senior year of college. His diagnosis was life changing: His esophageal cancer led to the removal of his vocal chords. For someone who has spent their life teaching others, the loss of such an important tool would keep many from returning to their former life.

“Dr. Primiano not only went back to teaching, he never stopped.”

An eternal scholar, Primiano passionately focused much of his research on “Sister” Ann Ameen, a religious folk artist self-described as an “evangelical Christian missionary,” and Father Divine, founder of the International Peace Mission Movement, which was headquartered in Philadelphia for years, and developer of the city’s first racially integrated hotel, the Divine Lorraine Hotel on North Broad Street.

Primiano’s research and scholarship earned him additional accolades, including his election as a Fellow of the American Folklore Society; he served a three-year term on the Society’s Executive Board. He also served as co-chair of the Folk Belief and Religious Folklife chapter of the society and as the co-chair of the Folklore and Religion Seminar of the American Academy of Religion. In 2014‒2015, Primiano served as a Regional Faculty Fellow in the Andrew W. Mellon Research Seminar on Color within the Penn Humanities Forum at the University of Pennsylvania.

Tributes and stories are being collected on a Leonard Norman Primiano Memories Facebook page. Additionally, we encourage anyone who wishes to share acts of peace (in honor of Dr. Primiano’s “Peace!” call and response) on social media, use #PeaceforPrimiano.

He will be dearly missed.

Read more about Primiano in his full obituary.

The Mass of Christian burial will be held at 2pm on Saturday, Sept. 11, in Daylesford Abbey, 220 S. Valley Road, Paoli, PA. Those attending are encouraged to bring non-perishable food items for the Abbey's ministry with Saint Gabriel's Food Cupboard.

At 4:30pm on Thursday, September 23, Cabrini will host a Celebration of Life for Dr. Leonard Norman Primiano. The Cabrini community and friends are invited to Grace Hall to hear reflections from Leonard's colleagues and former students. A reception in the Mansion will immediately follow the celebration. Please RSVP to reserve one of the 60 available seats or to receive the Zoom link to attend virtually.

Campus Ministry will also host Mass at 7pm on September 26, in the Bruckmann Memorial Chapel, for those who wish to honor the late Cabrini professor. 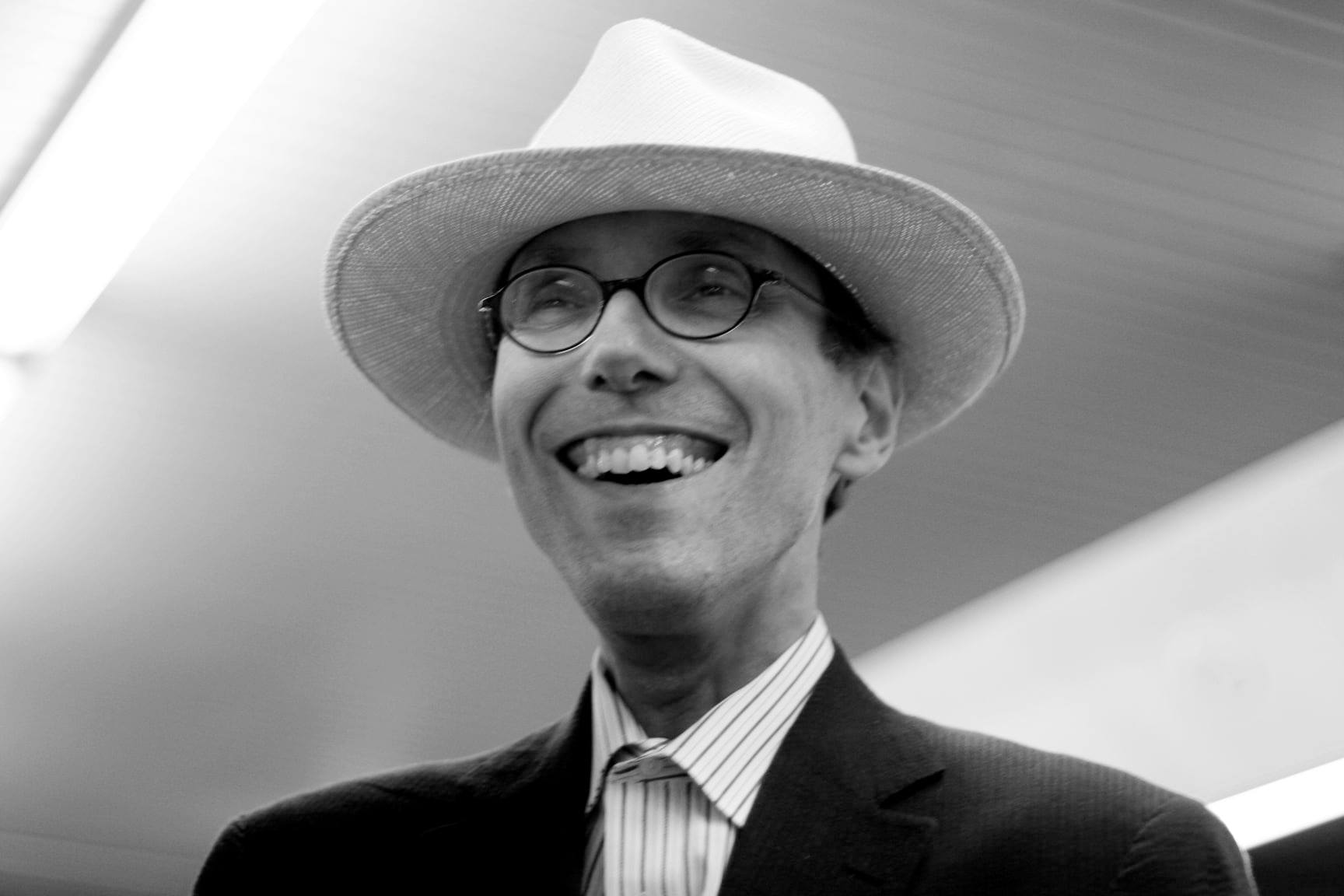