Named in reference to Mother Cabrini’s dream of launching a ship, The Christopher, to carry Christ’s message throughout the world, the Christopher Award for Extraordinary Leadership is given to those individuals whose life’s work embodies our core values of access to education and social justice. 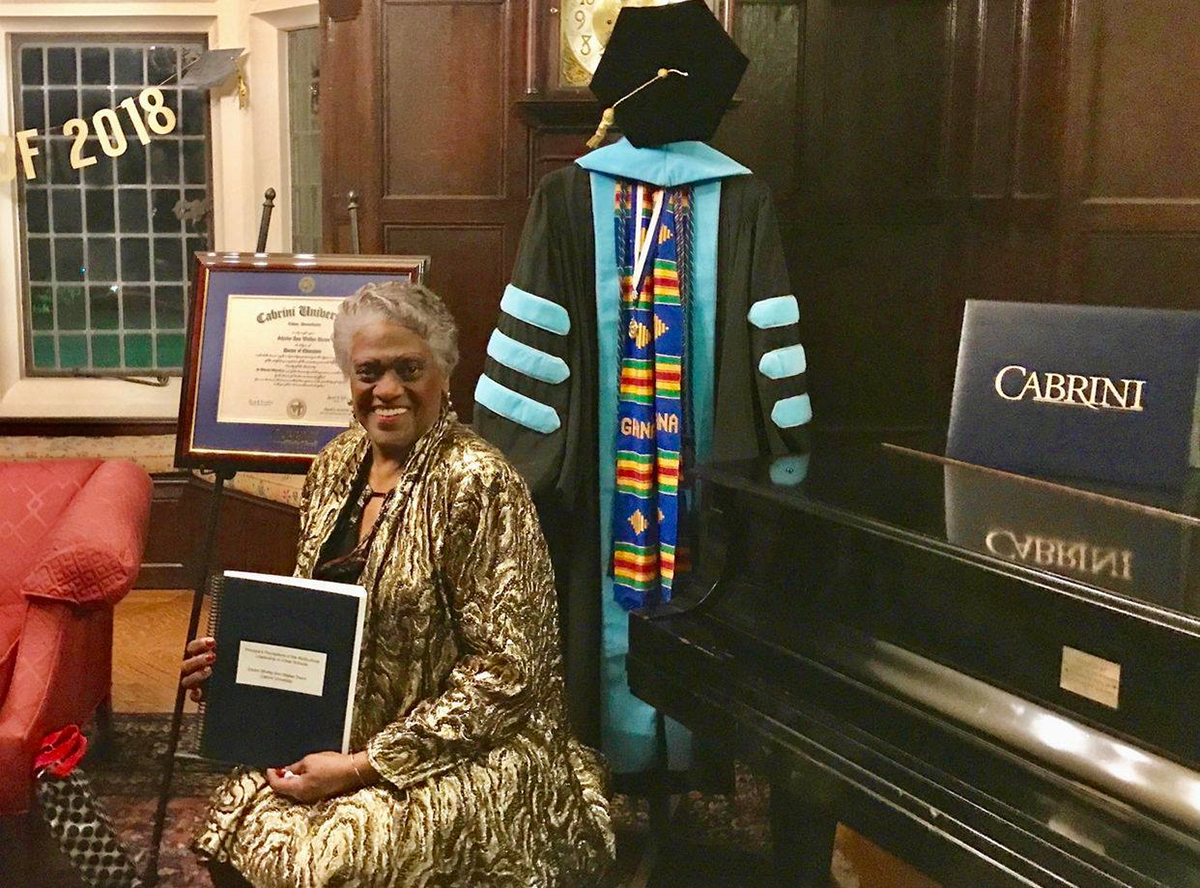 Shirley Walker Dixon (’84, MEd’89) was an iconic member of the Cabrini community, who was a loyal Trustee, proud three-time graduate, beloved faculty member, and respected leader in college-wide diversity efforts.

Dixon worked with the Philadelphia Housing Authority for nearly 20 years before transitioning to education, teaching fifth grade and then becoming the first African American to serve as principal at Girard College Elementary School—just one of many amazing accomplishments she achieved in her lifetime.

In 1990, a year after earning her master’s degree in Education from Cabrini College, Dixon became the first African American to join the Cabrini College Board of Trustees. In 1992, she accepted a position as an adjunct professor in the Education Department, and four years later accepted a full-time position as Cabrini’s Coordinator of Diversity Initiatives, while continuing to teach.

In 2009, she served as principal for a girls’ school in South Africa. “What I learned from those girls changed my life,” Dixon said. Her achievements also have been recognized by three schools on the continent of Africa. In 2013, the Philadelphia chapter of the NAACP recognized Dixon as one of 104 influential Black women in Philadelphia.

That same year, the Center for Urban Education, Equity, and Improvement—which integrates the mission of the University to work alongside schools in historically underserved communities and is also being recognized at this year’s Gala—held the inaugural Shirley Dixon Celebration of Urban Education Symposium.

Dixon continued her work as an educator, presenting lectures, workshops, and trainings. She served as an international consultant in education curriculum design and implementation until retirement. She retired from teaching at Cabrini in 2014 but remained active on campus.

Dixon was a student for life, but also a teacher for life. In her personal time, she enjoyed spreading her love of learning through her photography, writing, and mentoring. She established an endowed scholarship at Cabrini in the name of her late cousin to help students of color who wish to continue their studies, with preference given to those studying education.

“Her impact on the field of education and on the Cabrini family has been immeasurable,” said Cabrini President Donald B. Taylor, PhD. 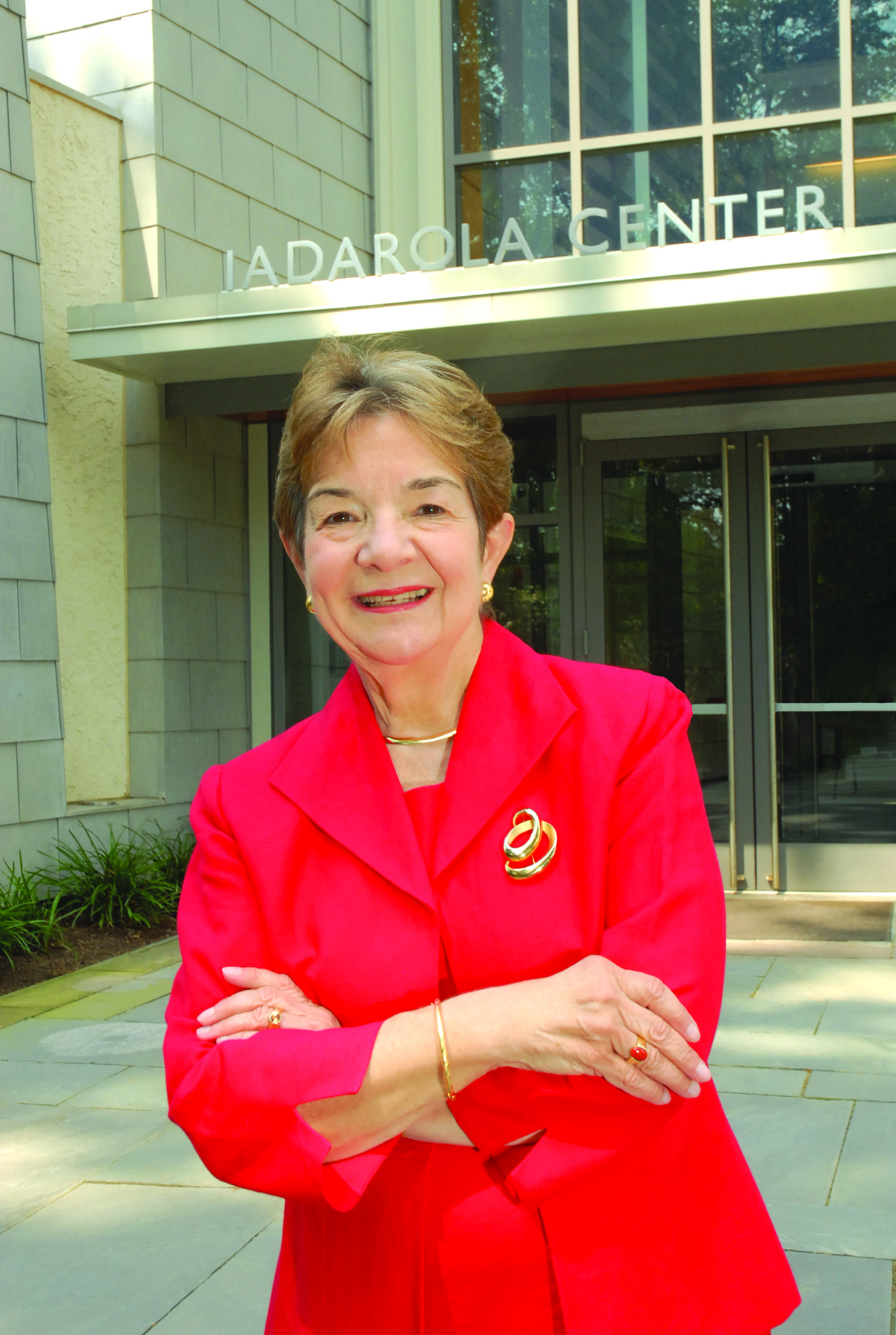 During her tenure as Cabrini’s president, she worked tirelessly to ‘Do Something Extraordinary.’ She served as a pioneer and an innovator, establishing important relationships among higher education institutions and with industry partners, expanding campus with state-of-the-art facilities and broadening the college’s academic offerings and learning opportunities for students.

Iadarola reported to her first day of work as Cabrini’s sixth president on July 15, 1992, what happened to be Saint Frances Cabrini’s birthday. She said she saw that as a “good omen.” She wasted no time in working with faculty, staff, and Board members to improve the campus and strengthen the Cabrini community. First on her list was building a new recreation and athletic complex to help increase student recruitment.

At Cabrini, Iadarola had a part in numerous building renovations and new additions on campus including the Dixon Center, Founder’s Hall, the Bruckmann Memorial Chapel of Saint Joseph, several residence halls, the Edith Robb Dixon Field, and the Center for Science, Education, and Technology (now the Antoinette Iadarola Center for Science, Education, and Technology).

Iadarola was also instrumental in bringing together the eight member institutions of the Southeastern Pennsylvania Consortium for Higher Education (SEPCHE), established in 1993, to collaboratively address the challenges within higher education—a valued resource still utilized to this day in the region.

Undergraduate enrollment also saw a substantial increase, from 732 to 1,700 students. And, the number of resident students tripled, to about 1,000, during Iadarola’s time at Cabrini.

Iadarola’s esteemed 44-year career in academia spanned positions as a high school history professor, Chair of the History Department at the University of St. Joseph, Provost at Colby Sawyer College in New Hampshire, her Cabrini presidency, and a presidency at Lauralton Hall, a Connecticut all-girls preparatory school.

Iadaroala was passionate about serving others even beyond her local communities. Her global travels included humanitarian and service efforts in addition to academic pursuits: Iadarola served in a volunteer capacity for the United Nations and the U.S. State Department, and her service and advocacy on behalf of the underserved brought her to Afghanistan, Belarus, Guyana, Kyrgyzstan, South Africa, and the former Soviet Union.

Iadarola died May 23, following a lengthy battle with cancer.

“Toni’s spirit lives on in all the lives she touched, and her impact on the Cabrini community as well as her dedication to the University’s mission and to serving the Cabrini legacy, is limitless,” said Cabrini President Donald B. Taylor. “She will be deeply missed.”