Some items on every Cabrini student's bucket list should include: join a club, see a production in the theater, order Campus Corner at 3am, and take at least one class with Dr. Hedtke.

Dr. James Hedtke, a professor in the History/Political Science department and expert in the American Civil War and World War II, has been teaching at Cabrini since 1973. Dr. Hedtke is also an avid baseball fan, and coached women's softball at both the high school and collegiate levels, and even coached the Cabrini Cavaliers Women's Softball Team in the 1980s and 1990s.

If you've had the pleasure of taking a history or political science course with Dr. Hedtke, you've definitely heard his story of the time Dr. Girard made friends with an infamous Philadelphia mob boss, or when he and his friends at St. Joe's stole (part of) the sacred Villanova Christmas tree. You may have also attempted to decipher one of his colorful battlefield maps, that you copied down diligently in your notebook only to completely forget what every line, arrow, and dash means as soon as the lecture ends. 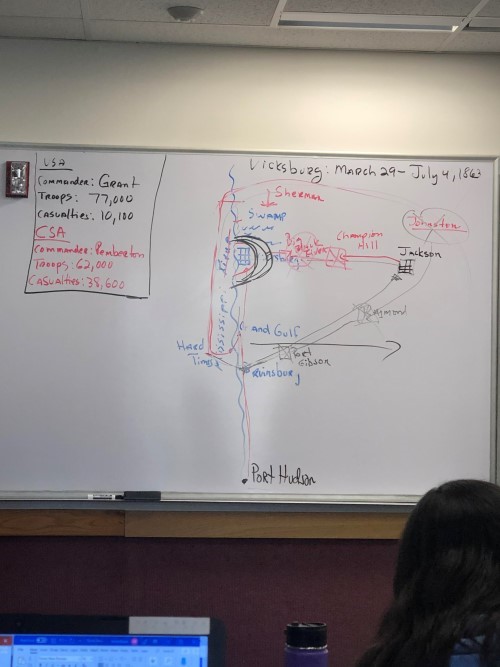 Map of the Battle of Vicksburg, MI, 1863 (supposedly its a map, you'll just have to take my word for it)

While most people find history to be a boring subject, you'll never find yourself falling asleep in Dr. Hedtke's class. Between his engaging story-telling lecture style and loud war battle-cries given without notice, you'll be (literally) on the edge of your seat every class. Even if you have not had him as a professor, if you've ever walked past a classroom that Dr. Hedtke was teaching in, you may have heard him scream the battle cry of the Army of Wisconsin (and probably had your ears ringing in the process).

If you ever find yourself in Grace Hall with an hour to kill, I highly recommend making your way up to Dr. Hedtke's office, Room 249. Walking into Dr. Hedtke's office is like entering an entirely new world, where every bookshelf and flat surface is covered with baseball/softball memorabilia, WWII model planes, history books (including 5 of his own), and gifts from former Cabrini students and faculty. Dr. Hedtke is also well known for his history-themed neckties and dress socks, which he diligently wears to match his lecture that day. 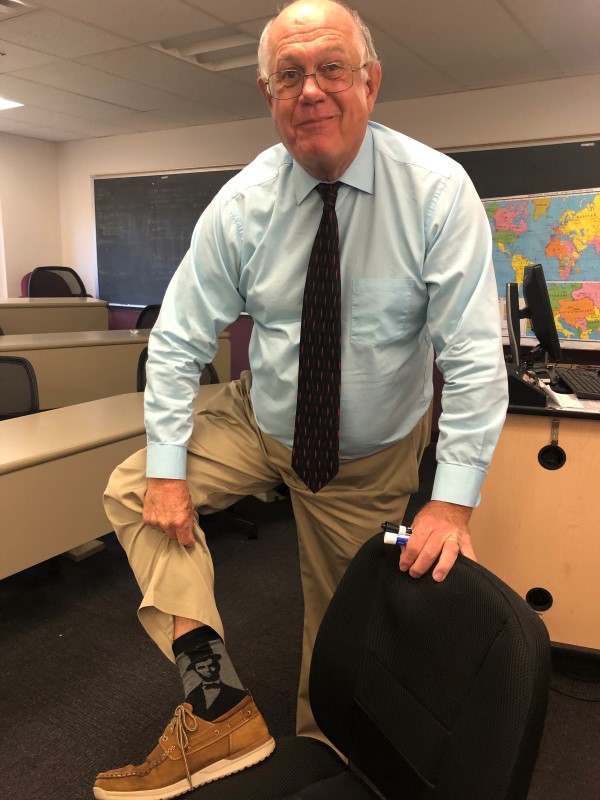 One of my favorite parts of being a student at Cabrini is having professors like Dr. Hedtke. The classes are always engaging, and I have learned so much about not only my major but about myself through taking his classes my past four semesters. I love that whenever I talk to an alum from Cabrini, Dr. Hedtke is one of the first professors they mention having taken a class with. I sincerely hope Dr. Hedtke remains at Cabrini even after I graduate, but even if he is not physically in the classroom, I know his legacy and memory at Cabrini will live on as long as the University still stands.