The Board of Trustees is the governing body of Cabrini University, responsible for charting the institution’s course and ensuring the resources needed to fulfill its mission. 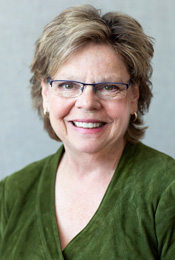 As a former Senior Vice President at The Children’s Hospital of Philadelphia (CHOP), Amy Lambert managed the operations, strategic growth, and financial viability of the largest pediatric ambulatory network in the nation.  Amy is now consulting in strategic planning for healthcare organizations, and is a certified Executive Coach.

Her expertise is in operations, strategic network expansion, and affiliation relationships.

Lambert holds a bachelor’s of arts in psychology and special education from Lynchburg College. 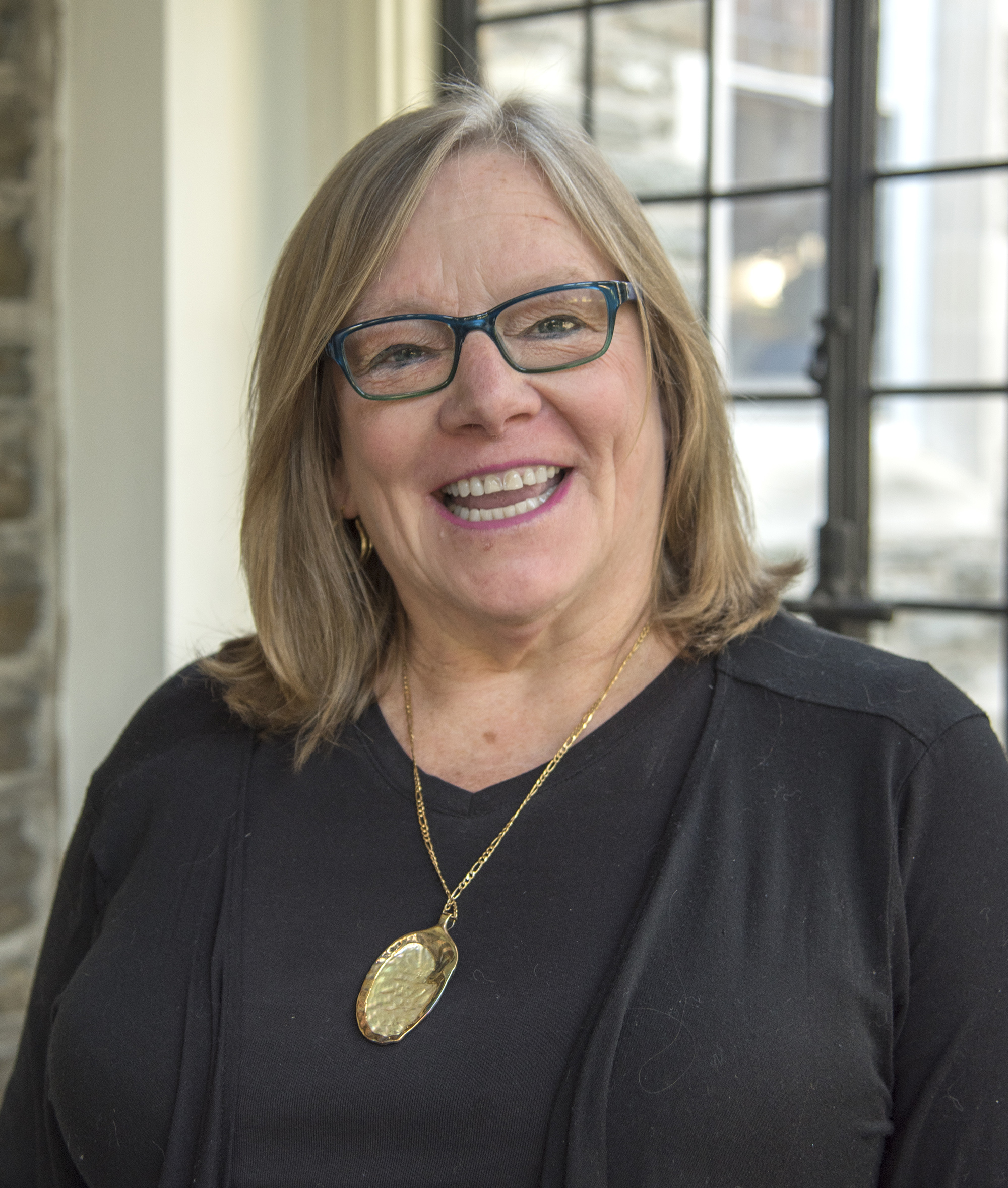 Mary Beth Senkewicz is associate general counsel and policy advisor at the D.C. Health Benefit Exchange Authority. Prior to that, Senkewicz was a consultant on federal legislation, state proposals, and insurance issues.

Formerly, as deputy commissioner for the State of Florida Office of Insurance Regulation, Senkewicz oversaw financial solvency and compliance of health and life insurers and HMOs.

Senkewicz received a bachelor of arts in English and philosophy at Cabrini College and a Juris Doctorate from St. John’s University. 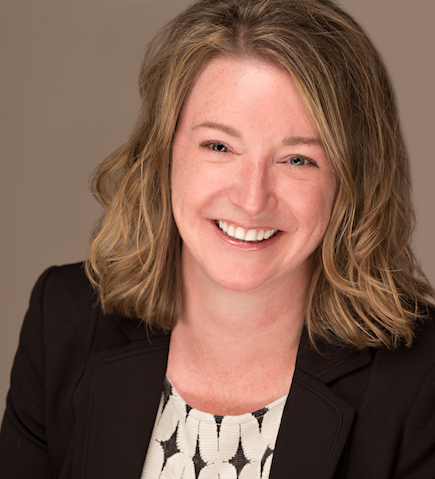 Andrea Kelliher is the founder and President of Positive Solutions, a marketing and public relations agency formed in 2007. Prior to forming Positive Solutions, she has worked for marketing agencies and firms developing regional and national campaigns since graduating from Cabrini University. Andrea has a wide range of skills in PR, Marketing, Sales, Social Media. Andrea is active in her community as well.

She earned a BA in English and Communications from Cabrini University in 1997. 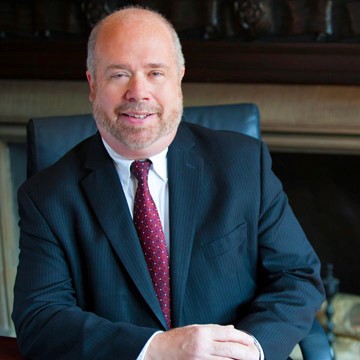 George has been a Philadelphia trial lawyer since 1982, fighting for individuals against large corporations and institutions. Every year since 1996 he has held an ‘AV’ rating (the highest available) from Martindale-Hubbell Law Directory, and every year since 2005 George has been selected as a “Super Lawyer” in Philadelphia Magazine. He resides in St. David’s, has been Chairman of the Radnor Township Democratic Committee for many years and was the PA-7 Democratic nominee for Congress in 2012.

Valedictorian of his class at South Philadelphia High School in 1975, he received academic scholarships to the University of Pennsylvania, graduating in 1979 with a B.A. in music and political science, and received his law degree from Villanova Law School in 1982. 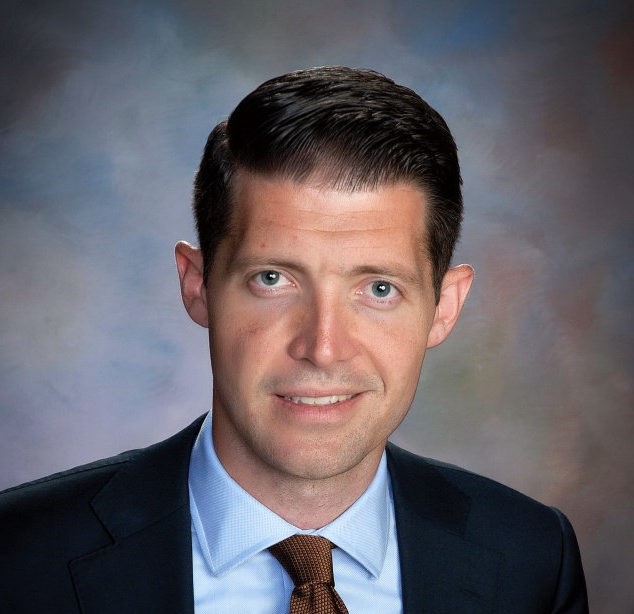 Andrew Brady is the President of West Catholic Preparatory High School after previously serving as the Interim President.

Mr. Brady served WCPHS first as a faculty member 2006-2010 and returned in January 2013 for two years as Director of Annual Giving. He then served as Development Director for Business Leadership Organized for Catholic Schools (BLOCS) before coming back to WCPHS in 2016 as the Vice President of Institutional Advancement.

He graduated from Cabrini (College) in 2006.

Francis E. Fox, currently serves as CEO Americas for SafeToNet, a cyber safety company, keeping children safe online wherever they are in the world.

Fox, a 1977 graduate of Archbishop John Carroll High School, served as its fifth president and first lay president from 2013 to 2020.

Prior to his role at Carroll, Fox was senior managing director of the Philadelphia regional industrial team with Newmark Grubb Knight Frank, a global real estate service firm. Fox earned a Bachelor of Science in Marketing and Management at Saint Joseph's University in Philadelphia. 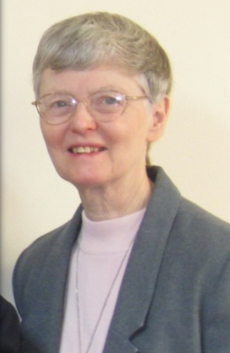 A native of New York City, Sister Catherine Garry, Missionary Sisters of the Sacred Heart of Jesus (MSC), is a graduate of Mother Cabrini Elementary and High School in Manhattan. She received a Bachelor of Science in Education from Cabrini College in 1964, a master’s degree in religious education from Notre Dame Seminary in New Orleans, a Louisiana Certificate in Principalship and Teacher Supervision, and a Certificate in Spiritual Direction from Loyola Retreat Center in Guelph, Ontario.

Her ministries have included administration and teaching in elementary and secondary education, administration for the MSC Province and retreat center and service as a trustee. Currently she continues as a trustee on various MSC boards and serves the Guadalupe Province in corporate relations. 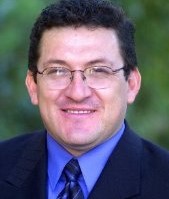 Guaracao has served as President of the Board of Directors of the National Association of Hispanic Publications (NAHP) as well as a Board Member of the Hispanic Association on Corporate Responsibility (HACR), a national organization revolutionizing the inclusion and recognition of U.S. Latinos in corporate America today in the areas of employment, procurement, philanthropy, and governance. 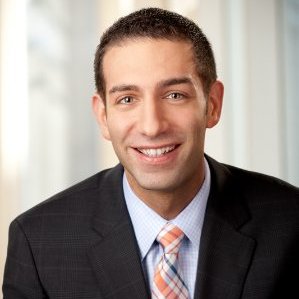 Mike Kazanjian is the Chief Marketing Officer at FIDx. Kazanjian is responsible for providing strategic marketing efforts aimed at driving adoption of the FIDx platform, building brand awareness and establishing the company as a thought leader in the fintech space as it relates to holistic retirement planning.

Prior to joining FIDx, Kazanjian served as VP and Chief Marketing Officer at Prudential where he was a member of the Senior Leadership Team. He spent the bulk of his career at Lincoln Financial Group where he was the VP of Retirement Solutions Distribution Marketing, responsible for strategic direction, planning and implementation of sales and marketing efforts across the organization. Prior to joining Lincoln, he held several roles, including, Chief Marketing Officer at Steben & Company, an alternative investment firm, and he was the Director of Marketing at ING US Life & Annuity Company. Kazanjian began his career in the financial service industry in 2002 with Nuveen Investments. He earned a bachelor’s degree in English and Communications from Cabrini College in 2003. 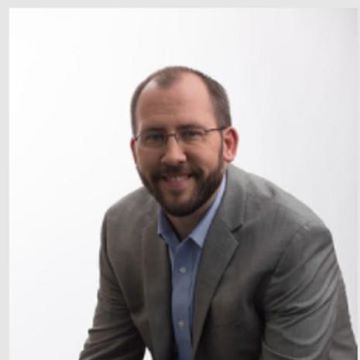 Mike Kubacki is the CFO at NewSpring where he manages and oversees the finance, IT, and infrastructure functions of the Firm.

Prior to joining NewSpring in 2013, Mike was a Tax Manager with Grant Thornton LLP in Philadelphia where he concentrated his time providing compliance and consulting services to private equity, venture capital, real estate, investment advisory, and other professional services firms, as well as other businesses structured as partnerships or LLCs.

Mike received a BS in Accounting from Cabrini College and an MS in Finance from Southern New Hampshire University.

Sr. Diane was elected Provincial of the newly formed Guadalupe Province of the Missionary Sisters of the Sacred Heart of Jesus, effective March 2018.

Her ministries have included nursing, administration, family casework, vocation ministry, and youth and parish ministry. Sr. Diane earned a Bachelor of Science in nursing from the University of Pennsylvania, and a master's in psychiatric mental health nursing from Texas Woman's University in Houston.  Sr. Diane has a Certificate in Cross-Cultural Ministry. 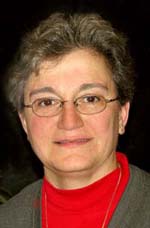 A native of New York, Sr. Pietrina is a graduate of Sacred Hearts of Jesus and Mary School (Brooklyn) and Mother Cabrini High School (Manhattan). She received a bachelor's degree in education from Cabrini College in 1975 and a master’s degree in marriage and family therapy from La Salle University.

Sr. Pietrina is President of the Cabrini Mission Foundation and the former Provincial of the Stella Maris (now Guadalupe) Province of the Missionary Sisters of the Sacred Heart of Jesus.

She is an accredited representative of the Bureau of Immigration Appeals, representing clients in immigration interviews when applying for benefits. 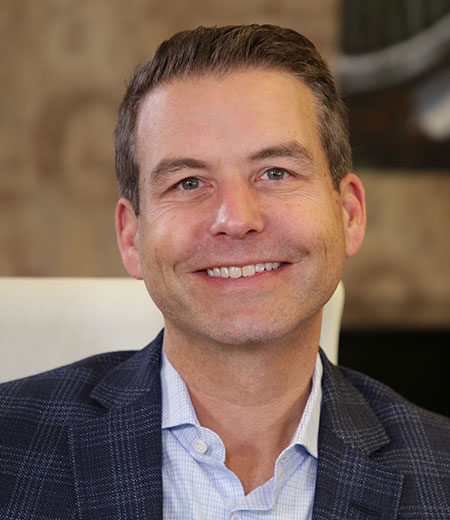 A longtime supporter of Cabrini, he is the recipient of the 2015 Luminary Award and the Alumni Association’s 2008 Distinguished Achievement Award.  In addition, he’s served on the Athletic Subcommittee of the 10,000 Hearts Comprehensive Campaign and has previously completed three terms on the Board of Trustees, 2008‒2017.

He is a 1997 graduate of Cabrini (College) University, double-majoring in Business Administration and History. 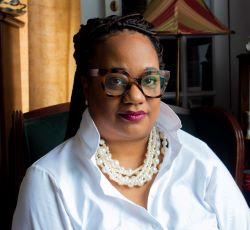 Rachel Slaughter is a published author and veteran educator with 30 years in both the urban and suburban school systems. Dedicated to increasing literacy in young adults, she served the profession as an English teacher and learning specialist. A 1989 graduate of Cabrini University, Rachel worked as a writing specialist at the college as well.

After earning two Fellowships and a distinguished track record of professional publications and presentations at regional and national conferences, she earned her doctoral degree in cognitive studies in reading at Widener University. Her dissertation explores multicultural literature in private schools through the lens of Critical Pedagogy. Her new book, titled Turning the Page: The Ultimate Guide for Teachers to Multicultural Literature, will be published by Rowman and Littlefield in 2020.

Sr. Lucille received her BS in Elementary Education from Cabrini College in 1972 and her MS, Education from Fordham University in 1983.  In addition to serving on the Cabrini University Board of Trustees, she currently serves on the Cabrini Mission Foundation Board. She previously served as a Trustee at Cabrini College from 2003-2008 as well as the boards of the Cabrini Mission Foundation, Mother Cabrini High School and St. Cabrini Home in New York. 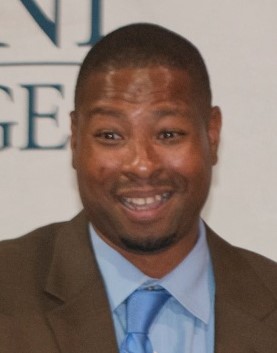 Eric Tidwell is an IT Security Architect at IBM. He previously served in a similar role at Astra Zeneca, Metrics3 LLC, and MEDecision, Inc.

Tidwell earned a BS in Computer Information from Cabrini University in 1996. 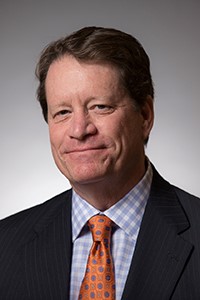 Patrick J. Ward joined WSFS in August 2016 as Executive Vice President, Pennsylvania Market President. He also serves on the Board of Directors of WSFS Financial Corporation. Mr. Ward has over 32 years of banking industry experience and previously served as Chairman of the Board and Chief Executive Officer of Penn Liberty Bank.

Mr. Ward is active in the community and in addition to serving on the board of Cabrini University, he serves on the boards of the Foundation for Catholic Education for Southeast Pennsylvania, the Brian C. Zwaan Legacy Fund, Police Athletic League of Philadelphia, the Philadelphia Police Foundation, Chester County Chamber of Business & Industry, and the advisory board for Falcon Capital Advisors.

Mr. Ward is a graduate of Carnegie Mellon University with a Bachelor of Science degree in economics and earned an MBA from the University of Notre Dame.