My Experience at World Youth Day in Poland

As I sit down to reflect on the experience I had in Poland, it is so hard to put into words what happened and what I felt during that time. For those of you who do not know, World Youth Day is a pilgrimage Pope John Paul II started for the youth of the world, inviting them as Christ’s disciples to be faithful living witnesses, carrying on the hope of His predecessor. In other words, a pilgrimage is a journey a pilgrim makes to a sacred place ultimately to come to know God better.

Molly Seaman and I were two students chosen by Father Carl, Director of Campus Ministry, to represent Cabrini University at this wonderful event. Not really knowing what World Youth Day was all about, I accepted the offer to go on this trip of a lifetime. Along the journey, many sacrifices came about, including suffering and pain, hunger, exhaustion, heat, huge crowds etc. It was hard to do, but just as Jesus Christ took up his cross, we too had to put aside all the sufferings and live in the present, as the ultimate goal was what really mattered.

On Saturday, July 23rd, I departed from the Philadelphia International Airport to my first stop in Frankfurt, Germany. Once we arrived in Frankfurt, we met up with the rest of our group, from the Diocese of Harrisburg, for a grand total of 83 pilgrims. These 83 strangers were the people I would spend this unbelievable experience with, and who would ultimately become some of my best friends. After nearly 24 hours in travel time, we landed in Warsaw, Poland, and had to start our first day on no sleep—something that isn’t the easiest to do. 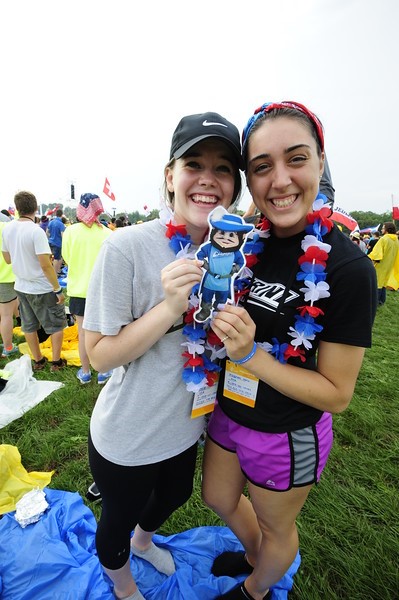 From plane to tour bus, we started the beginning of a long week. We were able to have the opportunity, in this week’s time, to see the Black Madonna painting in Czestochowa; the birthplace, home and first church of Pope John Paul II; the church of St. Faustina along with her original painting of the Divine Mercy; the Underground Salt Mine; Auschwitz and Birkenau; and finally the beautiful town of Krakow, Poland.

Each day we walked the streets of Krakow with millions of other people from a total of 186 different countries. When walking the streets, all you could hear were chants and singing, showing the pride of one’s country. Never in my life have I attended a Mass ranging from 20,000 to 2.1 million people and that in itself was incredible.

One of the best experiences was being able to hear Pope Francis preach to the young people on the day he welcomed all two million pilgrims to Blonia Park, an area that we all would become very familiar with during our trip. 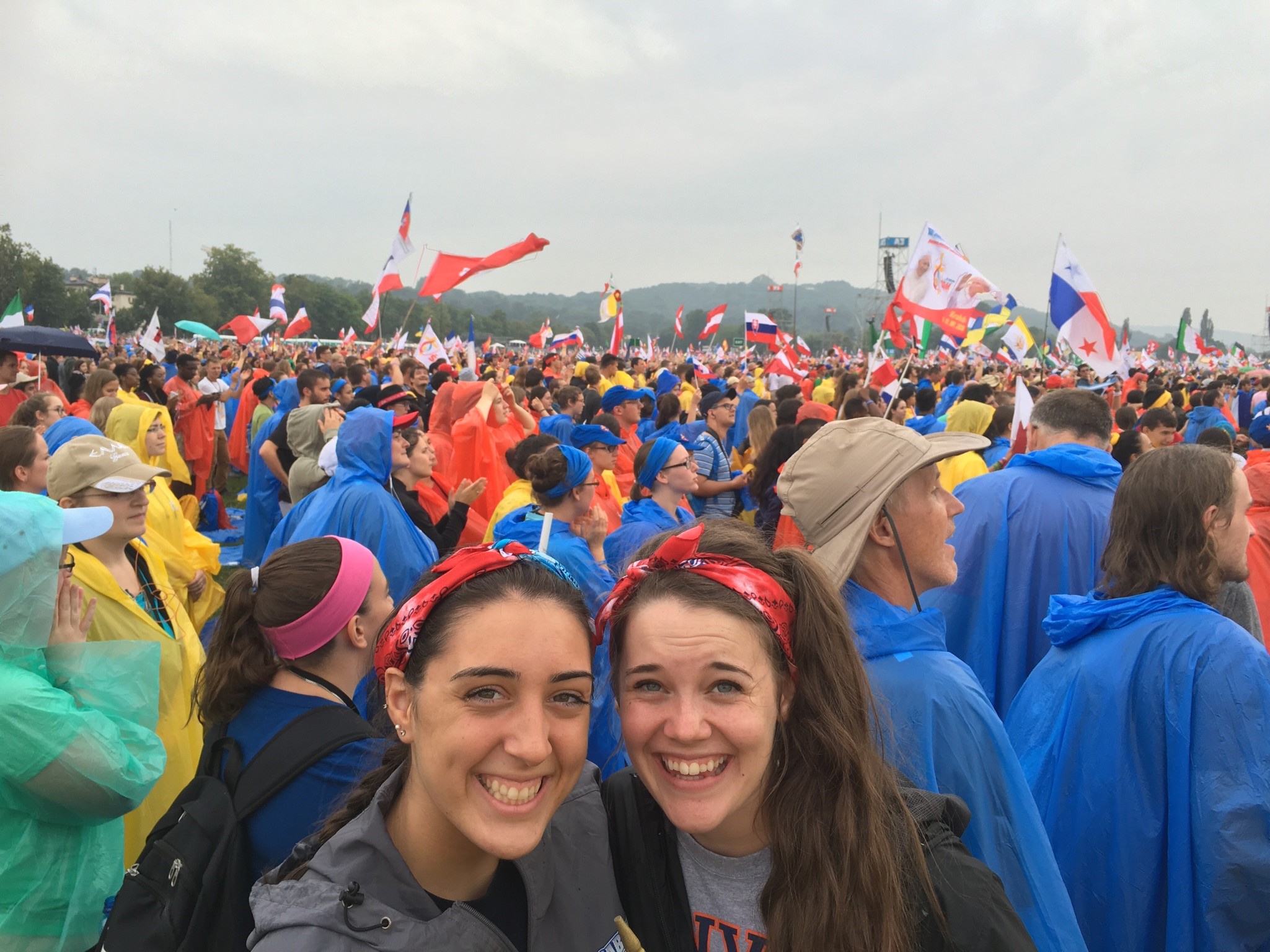 Molly and I in Blonia Park, during the Papal Welcome, surrounded by all 2 million pilgrims

Pope Francis addressed us saying, “In this land with you united all together young people, it’s just not us here but many people across many forms of communication with us here together to help celebrate this great jubilee of mercy.” He went on to say, “Whenever Jesus touches the heart of a young person, these young people are capable of doing great actions. The young people are the ones who have the ability to use the energy to change things.”

Some of the best advice I received on the trip was a quote from a Catechesis session, which I believe can really impact the lives of young adults, especially in college. “Let the rest of your life start today.  All that matters right now is where you go from here.” 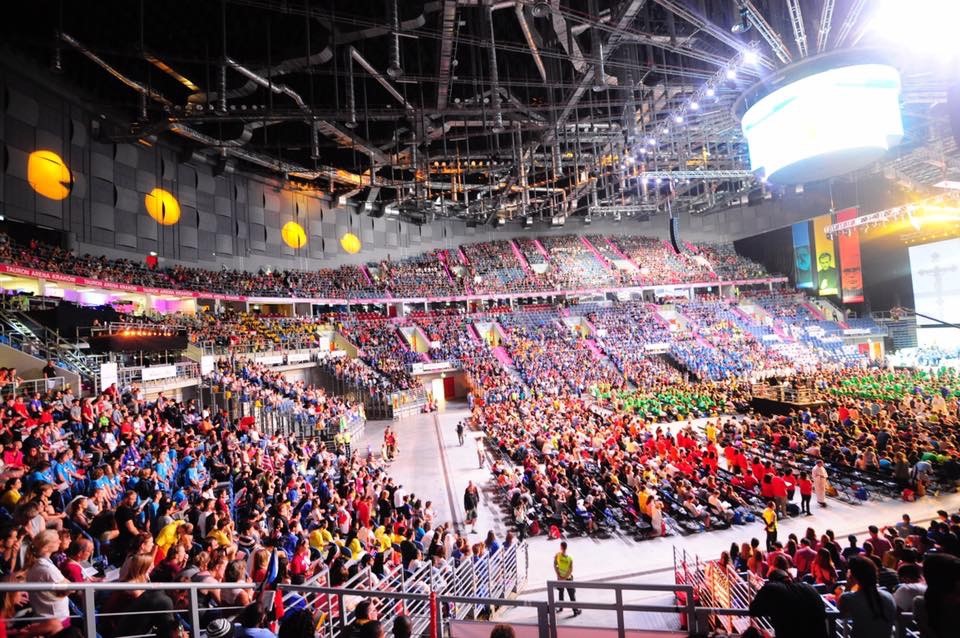 During an English-speaking Catechesis event

All in all, it was a remarkable experience in Poland, especially meeting young adults from all over the world. I have never seen such a large group of people, all gathered together for the same reason—Jesus Christ. 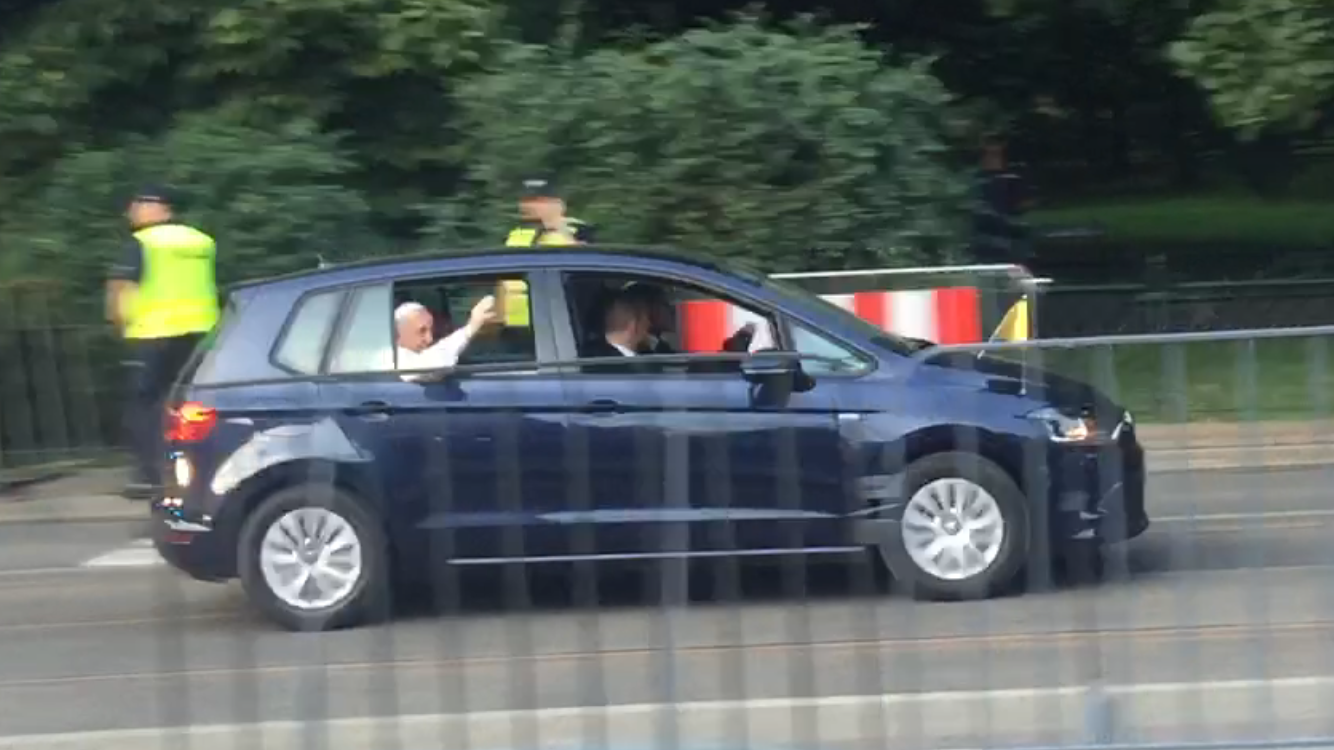 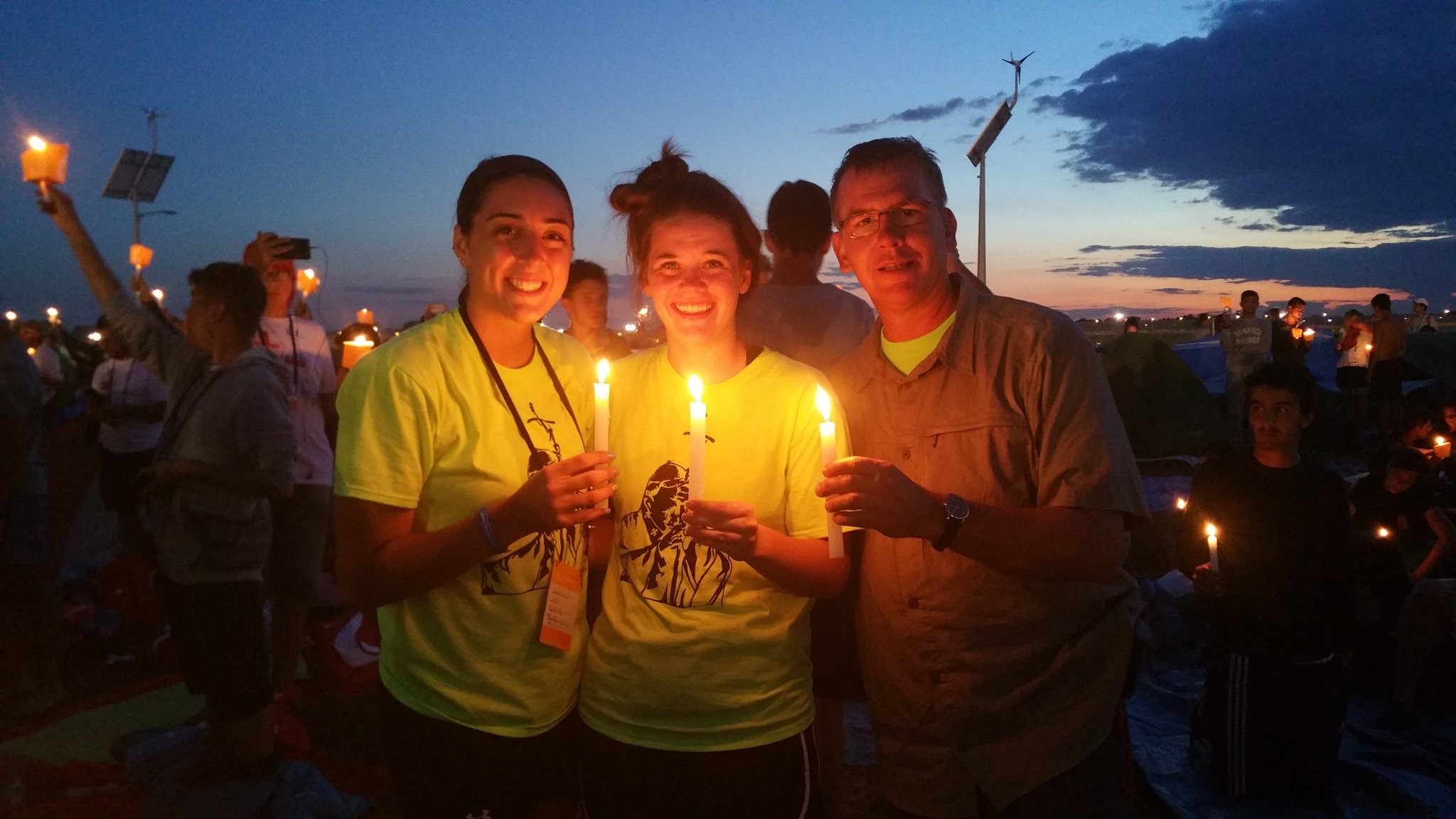 Molly (middle), Father Carl, and I during the vigil before final Mass