What happened to Daunte Wright to some was an act of racism, while others believe it was truly an accident, claiming the officer who took the young man’s life did not mean to shoot him with her gun. Many African American lives have been taken in the last couple of years by police officers, where if it truly were an accident, it is hard to believe so. What makes matters worse is that nearly every life that was taken, the victims were unarmed and not posing as a threat. According to NPR, since 2015, police officers have fatally shot at least 135 unarmed Black men and women nationwide.

So, the question that rises to the occasion is, why are killings happening? Why is it that people who are fathers, mothers, sisters, brothers, and friends must die at the hands of the men and women who swore an oath to protect us? That is why the African American community is upset and starting to protest and scream out our frustration.

The fearful thinking of not knowing if you will return home or not each day is starting to get old, and change must now finally come. To get this change, we must all want it, not just the African American community, but every race must want it. The change for everyone to feel comfortable living in this world and not feeling as if you a target on your back, only then will we start to see the changes we want. 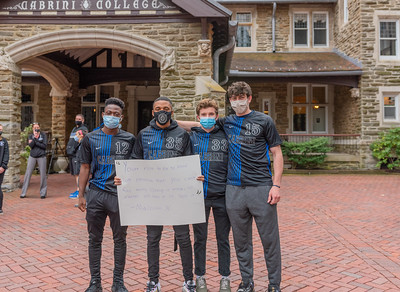 Here at Cabrini University, we stand for change in our community involving BLM. In our community, there are many African American students. On April 14, 2021, Cabrini's Black Student Union hosted a march around campus. The goal was to continue the chain of peaceful protest and to continue to let our voices be heard so change can soon come. Many people came out in support including a lot of people who are not African American. Seeing everyone march together shows the support that this school has towards the "Black Lives Matter" movement.

“The world as we have created it is a process of our thinking. It cannot be changed without changing our thinking.”
― Albert Einstein 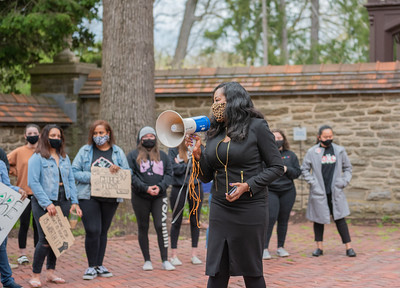