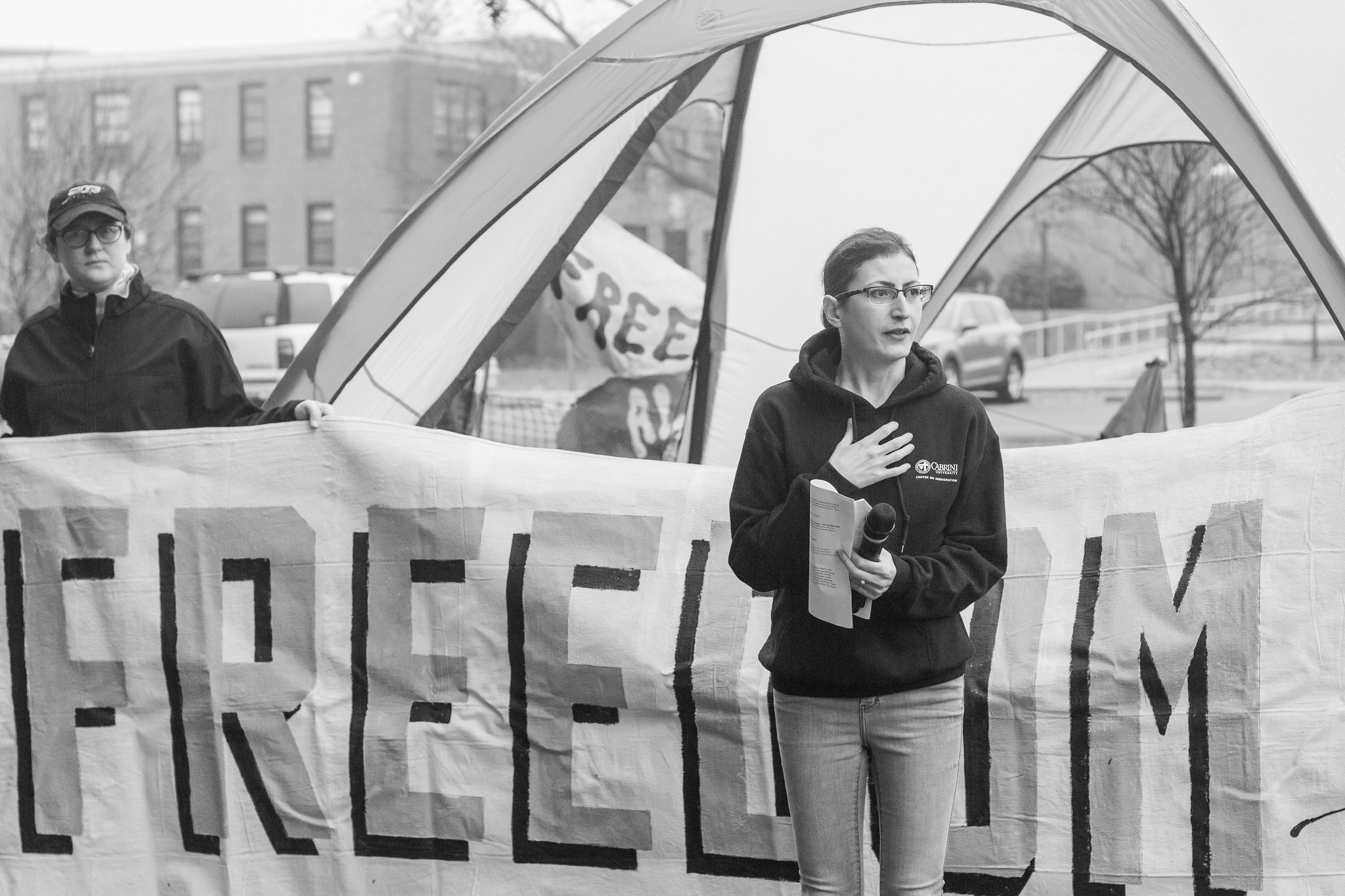 Nine students joined leaders from Cabrini’s Center on Immigration at a vigil for migrant women on Wednesday, December 7, at Berks County Residential Center outside Reading, PA. The Residential Center—which has drawn criticism from activists for several years for its treatment of immigrants held there—will close January 31, federal officials announced in late November.

The students gathered in foggy mist outside the Berks facility along with Center on Immigration Interim Director, Nune Grigoryan, PhD, and Program Coordinator Candice Love, PhD, as well as members of the Shut Down Berks Coalition, to demand the release—not transfer—of the 33 women, aged 18-59, still held there.

“We demand that our voices are heard and that every woman is released,” Grigoryan said before a boisterous group of nearly 50 people outside the facility. “Not one person should be transferred to another detention center.” 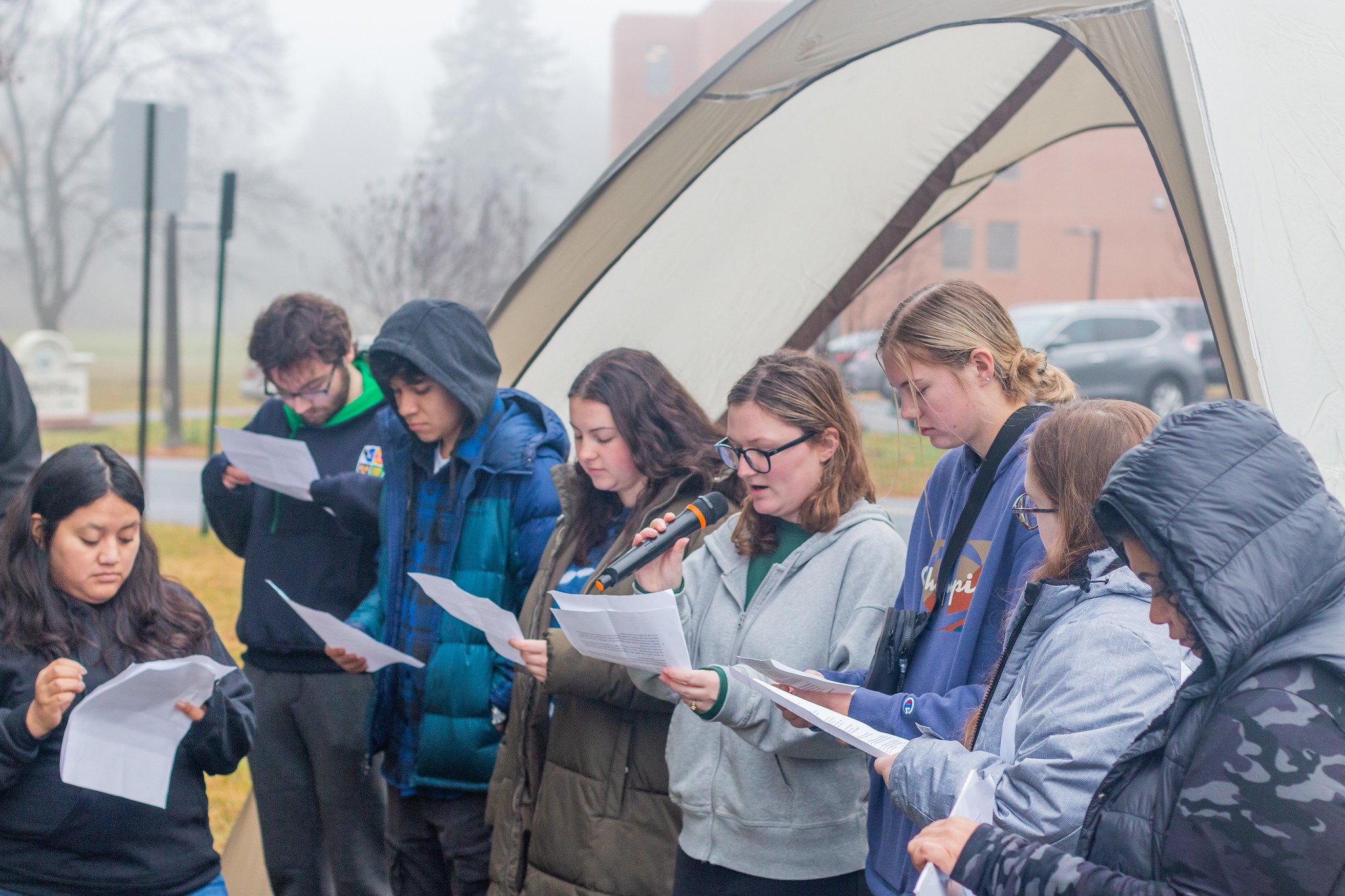 The women have been detained at the facility while they seek asylum in the United States. For years, the Berks center was used to hold immigrant families with pending asylum cases, but sat dormant for the first half of 2021 before reopening in summer 2021 as a center only for immigrant women.

Federal Immigration and Customs Enforcement (ICE) officials said they anticipate the 33 asylum cases in Berks will finish evaluation before the January 31 deadline, but maintained any women with pending cases at that time will be transferred elsewhere, the Reading Eagle reported.

The students, most of whom are enrolled in ECG 200: Human Rights, stood in front of the crowd to read stories from women who have been detained at the facility. Gabriella Chauca (ʼ23), a Business student, translated the stories into Spanish. 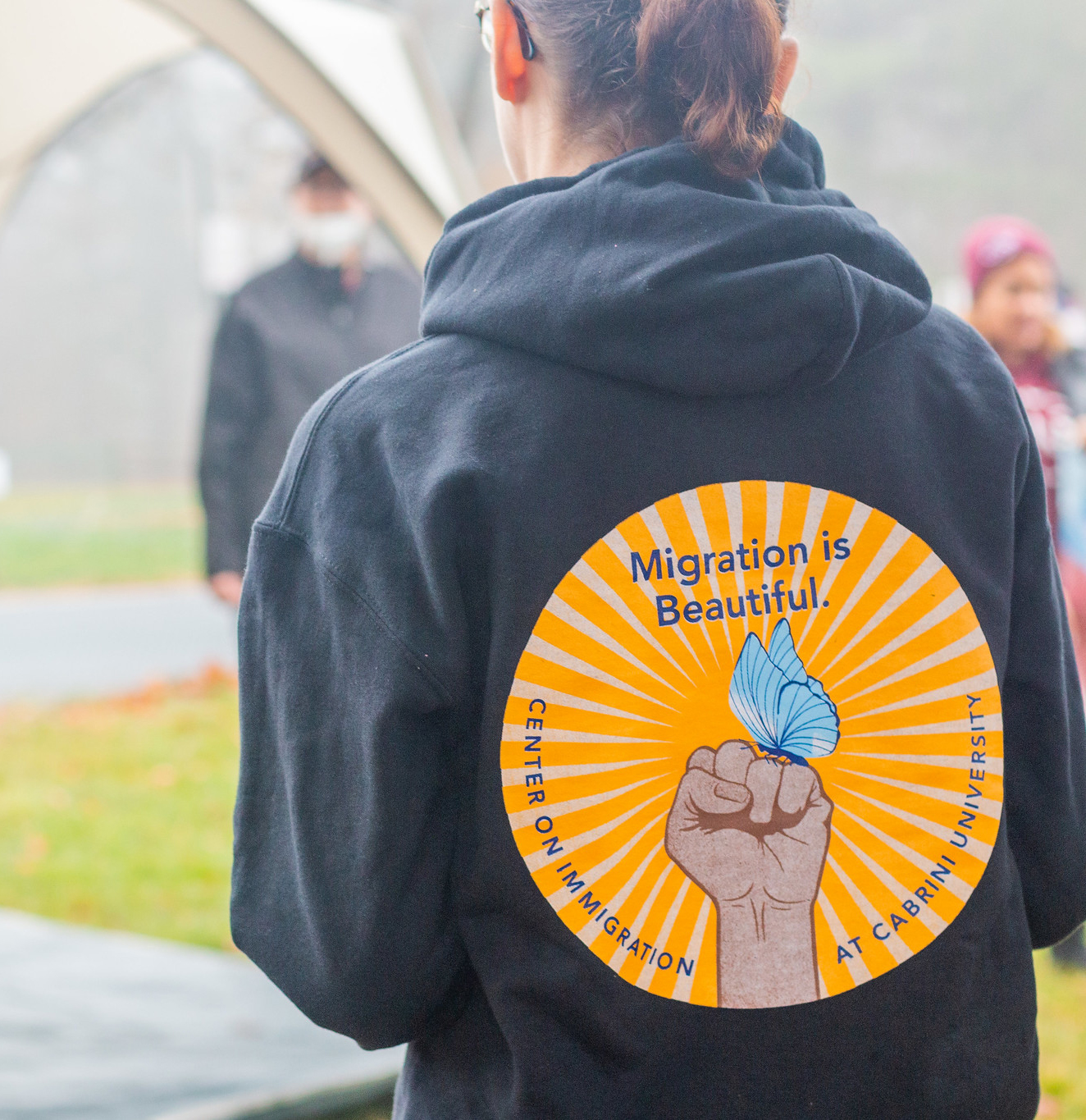 The immigrant women were fleeing violence in Brazil, Nicaragua, and Russia, among other countries, before they arrived in Berks County. They reported that they were separated from loved ones at the border, denied food and water, and humiliated by agents.

“I’ve known about what they’ve been doing at Berks for a while,” said Ruben Bonilla (ʼ26), a Writing major. “With the holidays coming up…it’s sad to know that there’s some family out there whose mother or wife is missing. And they’re stuck here.”

Love echoed the students’ sentiments: “No one seeking safety should have to worry about being imprisoned…separated from their children…treated inhumanely,” she said. “The conditions in here are unacceptable.”

Grigoryan, who led the group through the vigil, noted how the Center on Immigration is inspired by the legacy of Mother Cabrini, patroness of immigrants.

“Seeing the gravity of the needs of immigrants and the less fortunate, [Mother Cabrini] dedicated her life to building orphanages, schools, and hospitals to serve them,” she said. “We are here today with that Cabrinian spirit.” 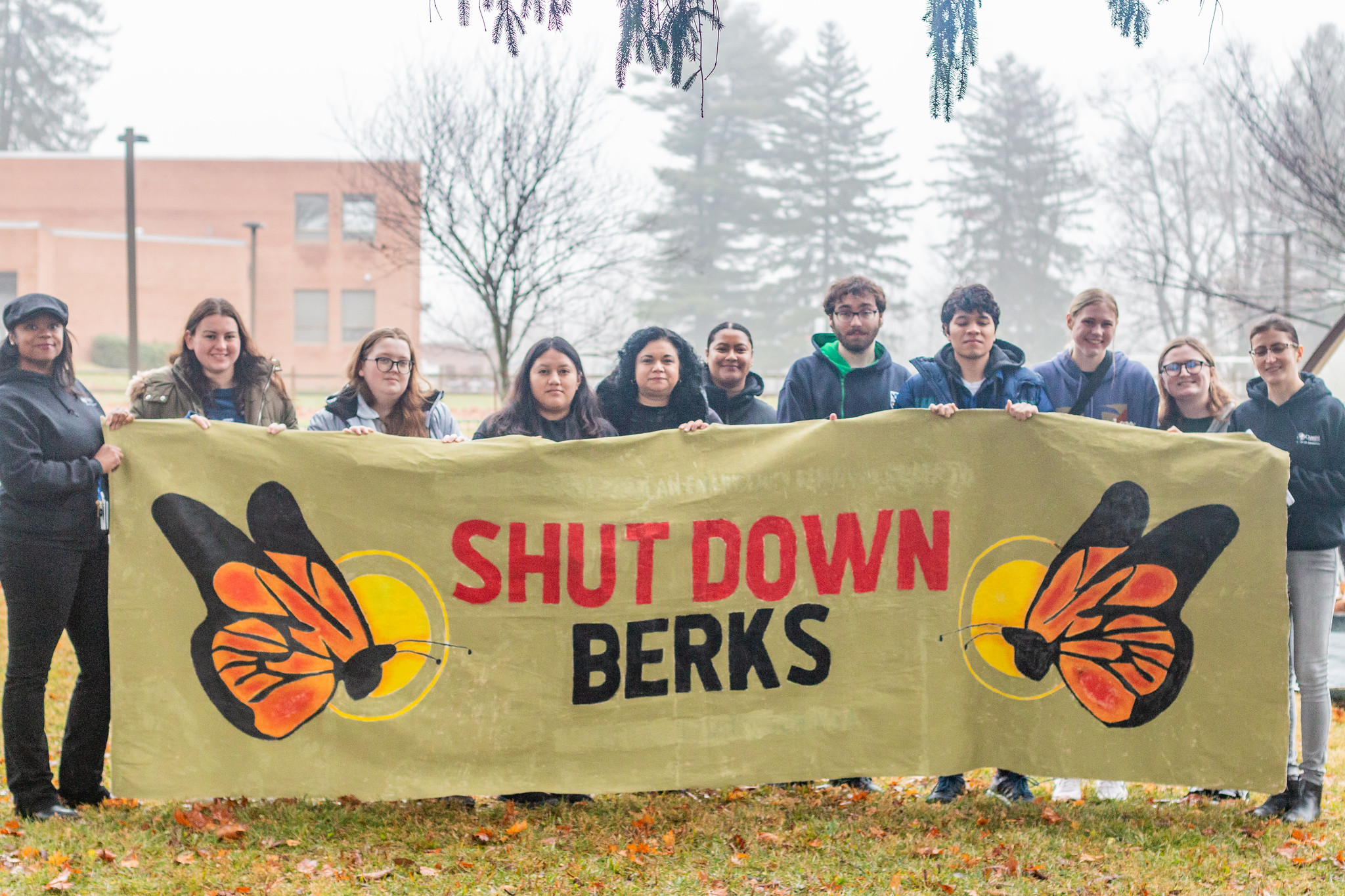 View more photos from the vigil

After more than 90 minutes of sharing inspiration, resources, and stories, punctuated by impassioned chants through megaphones and speakers, the group dispersed and students stopped to reflect on the vigil.

“I think it makes me realize how lucky we all are to be going to Cabrini; we probably wouldn’t be doing this or learning this anywhere else,” said Victoria Giordano (ʼ24), who studies Digital Communication and Social Media. “It also makes you realize how lucky many of us are to not have to go through this. Many of us really do take life for granted and we’re kind of realizing now that we can’t keep doing that and have to be grateful for what we have.”