Whitaker then introduced Glaude with the assurance that the program would amount to a “prophetic charge” from the man who chairs Princeton’s Department of African American Studies and frequently guests on MSNBC and NBC shows such as “Meet the Press.”

“Combining a scholar’s knowledge of history, a political commentator’s take on the latest events, and an activist’s passion for social justice, Glaude challenges all of us to examine our collective American conscience,” said Whitaker. 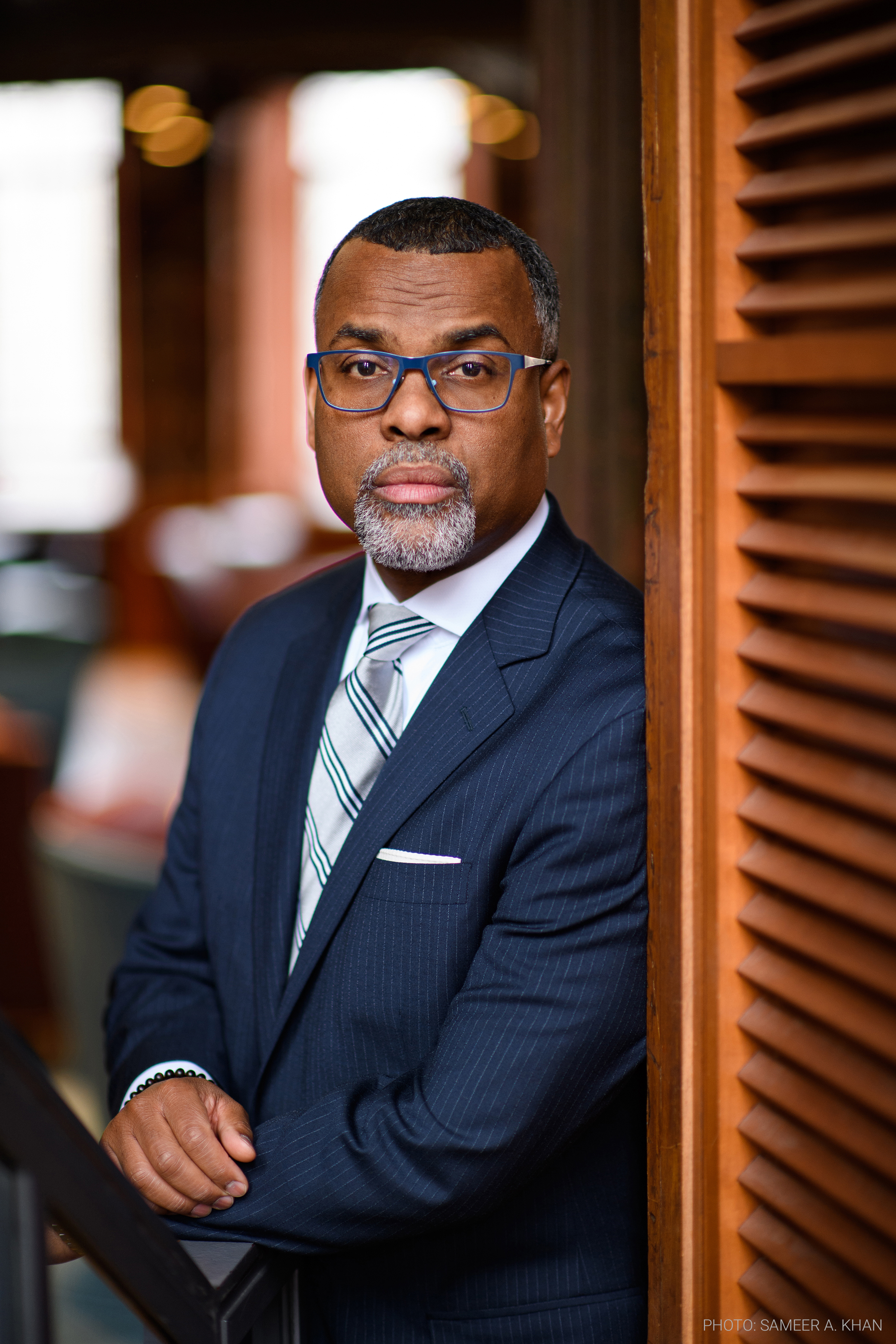 Glaude began his address by honoring the late Shirley Walker Dixon (’84, MEd’89, EdD’18), education luminary and the only person to earn bachelor’s, master’s, and doctoral degrees from Cabrini.

The symposium came just 48 hours after a jury found former Minneapolis police officer Derek Chauvin guilty in the May 2020 killing of George Floyd, an unarmed Black man. Glaude admitted he was “stunned” that Chauvin had been held accountable for Floyd’s murder but advised that it “only sets the stage for what we do next.”

“We find ourselves in a moment of profound transition,” he said. “America is changing, and the substance of the transition is not clear. What remains are the shards of what was shattered.”

Glaude’s chief assessment was that the United States has created a “value gap” in which people of color are valued less than white people in educational and professional settings, therefore contributing to wealth and achievement gaps that further divide the races. The “lie,” Glaude said, is how we mask the truth behind these societal inequities: that they were created intentionally by white power structures to disadvantage BIPOC citizens.

“The only way to remedy racial inequality is to admit that we created it,” he said, “and to be just as deliberate in our efforts to eradicate it.”

Taking viewers back to World War II, Glaude said “Black veterans were locked out” of the 1944 G.I. Bill, in effect creating “dual” housing and labor markets that kept Black veterans from achieving as much as their white counterparts. The results of these policy decisions have rippled through generations until present day, Glaude added.

“There’s nothing Black people can do individually to close the wealth gap and close the achievement gap,” he said.

Turning the lens to modern politics, Glaude argued that recent controversial events like January’s riot at the Capitol and voting laws passed in Georgia are reactions to a “changing America.”

“We will have to commit ourselves to building a country, to building a University, that affirms the dignity and sacrality of every human being—Mother Cabrini, right?” said Glaude, invoking the University’s namesake.

Glaude also addressed his critics, arguing, “Too many think what I’m proposing is a zero-sum game, where some lose and others win. Reject this, because we can bake a bigger pie, not narrow excellence to certain people.”

His spirited finale spoke directly to Cabrini students, imagining a future in which the lie has been confronted and the value gap closed.

“Every student who grabs hold of a Cabrini degree will be a transformational agent who will help us bring about the kind of world that God wants us to inhabit,” said Glaude. “Who knows? If we’re courageous, we might get it right this time.”

Following Glaude’s address, Whitaker presented the symposium’s annual awards, including the 2021 Moral and Courageous Global Leader Award, given to Glaude, as well as five other awards: