“This storybook championship run at Cabrini was filled with cinematic moments,” said Director of Athletics and Recreation Brad Koch at the campus celebration for the University’s national championship men’s lacrosse team in the Nerney Field House on Thursday, Aug. 29.

Seated in rows on the court across from the crowd, players on the record-breaking team turned to a large screen to watch video from Head Coach Steve Colfer’s speech that inspired their historic victory. An audience of parents, fellow students, faculty, staff, and administration on the bleachers joined them. 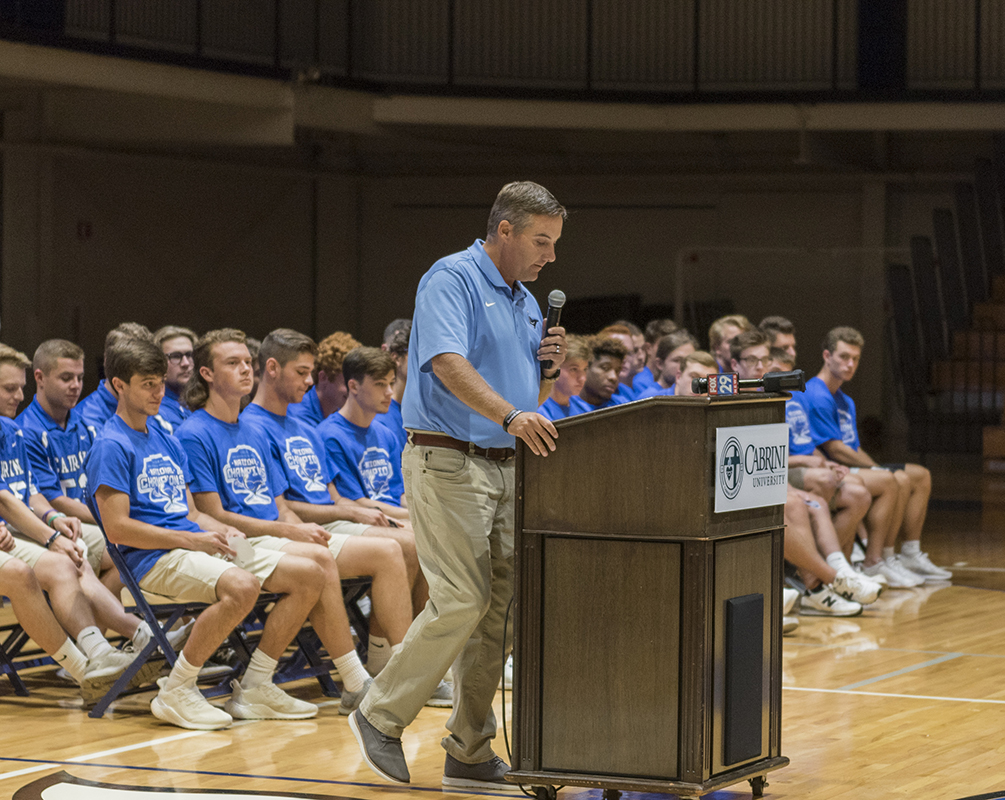 “I want to give thanks to Steve Colfer and the exceptional coaching staff,” said Koch, “and, of course, the student-athletes sitting behind me for giving us this moment in time that we’ll treasure forever.”

Colfer also expressed gratitude to the players and to the University for its support of the team.

“This championship needs to be a catalyst that we all can build on, learn from, and be inspired by,” he said. “I encourage each and every one of you … learn from this example. … Things are possible through hard work and perseverance, but nothing is possible without those two main ingredients.”

Prompting cheers from the crowd, Colfer said, “Let’s do it again in 2020!” 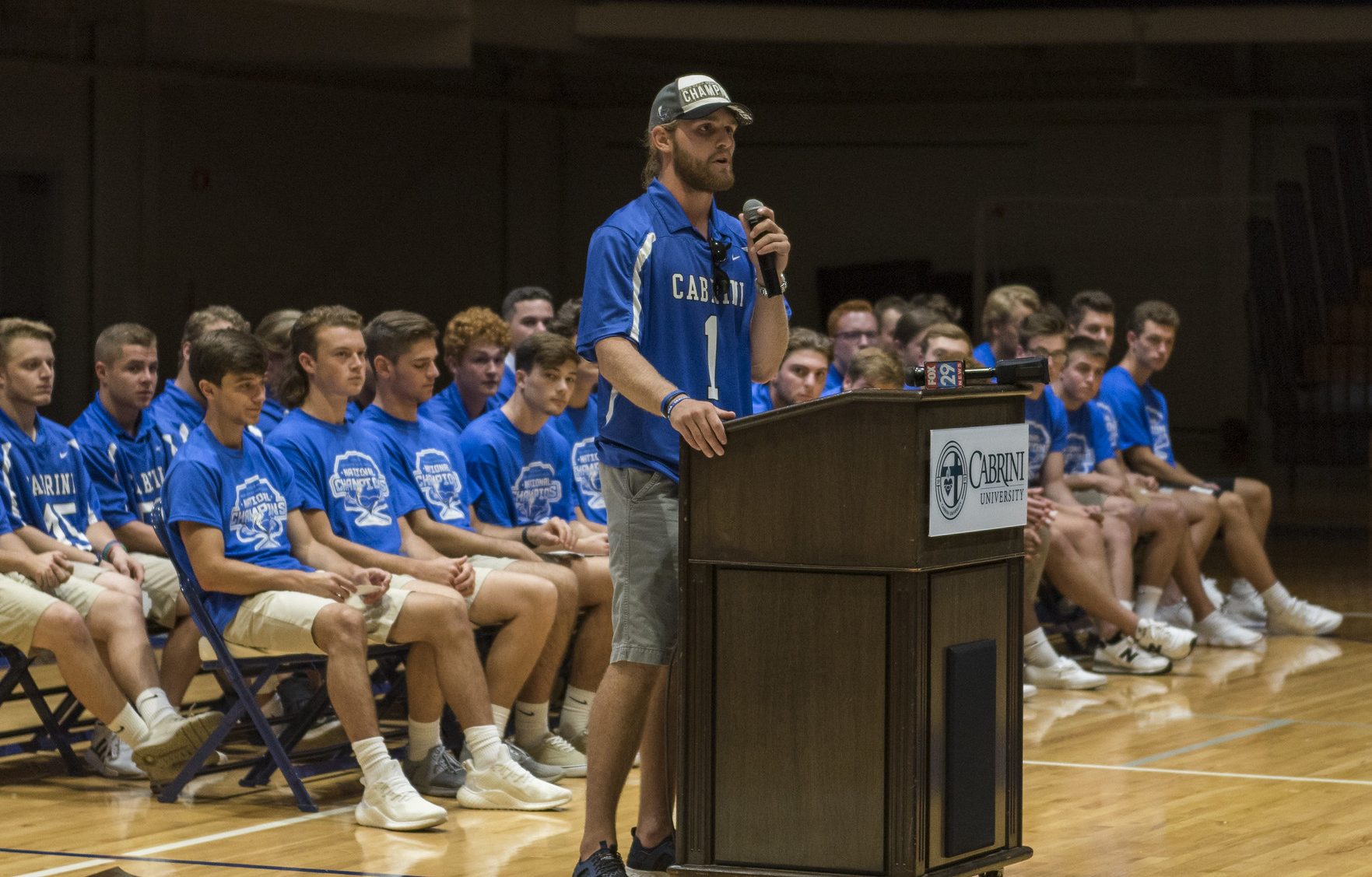 Krug, who closed his career with a program record of 355 points, took a turn at the podium.

“This group of guys really did something spectacular this year,” he said. “It started last August with a group of seniors getting together and realizing that it was our role to lead these guys. … We’re really grateful.” 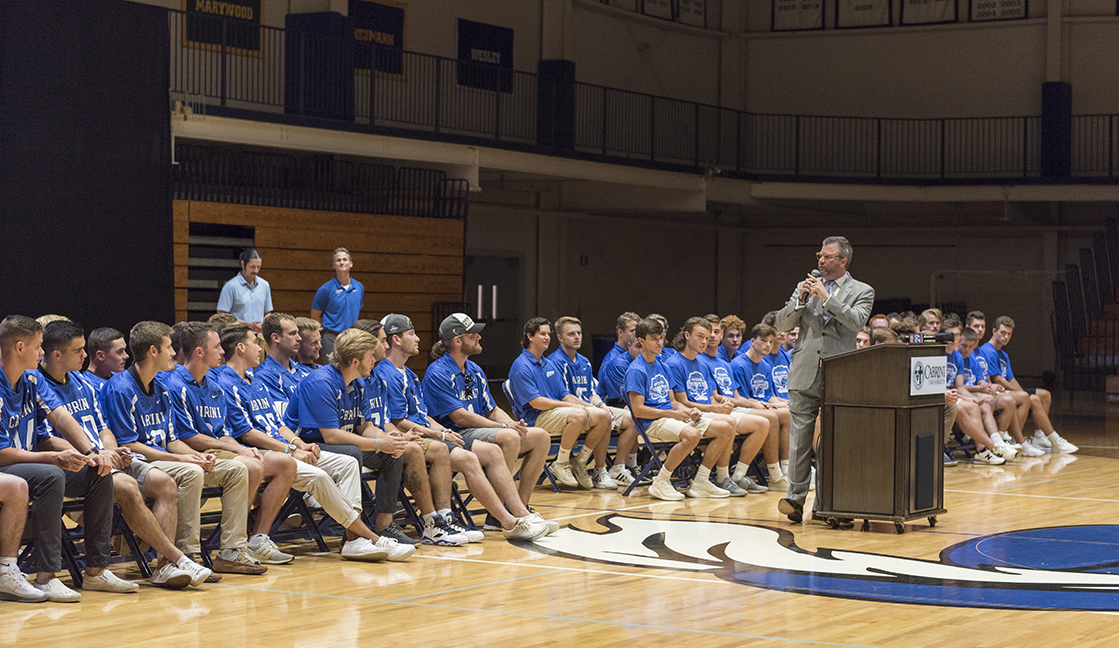 As the program concluded, University President Donald B. Taylor, PhD, said, “It was an incredible, historic win,” and expressed thanks to each member of the Cabrini community as well as alumni philanthropic supporters of men’s lacrosse and program alumni.

“We’re a community of learners, of athletes, of fans, of change makers,” he said. “Our academics go hand-in-hand with our athletics and our student activities. Above all, we’re one Cavalier community.”

That community will be watching when the lacrosse team hits the field next spring. Go Cavs!