Its name inspired by the definition of "luminary" as someone who inspires or lights the way for others -- is given to an alumna/alumnus recognized as having inspirational success in their careers, in their communities, and in their impact on others' lives. 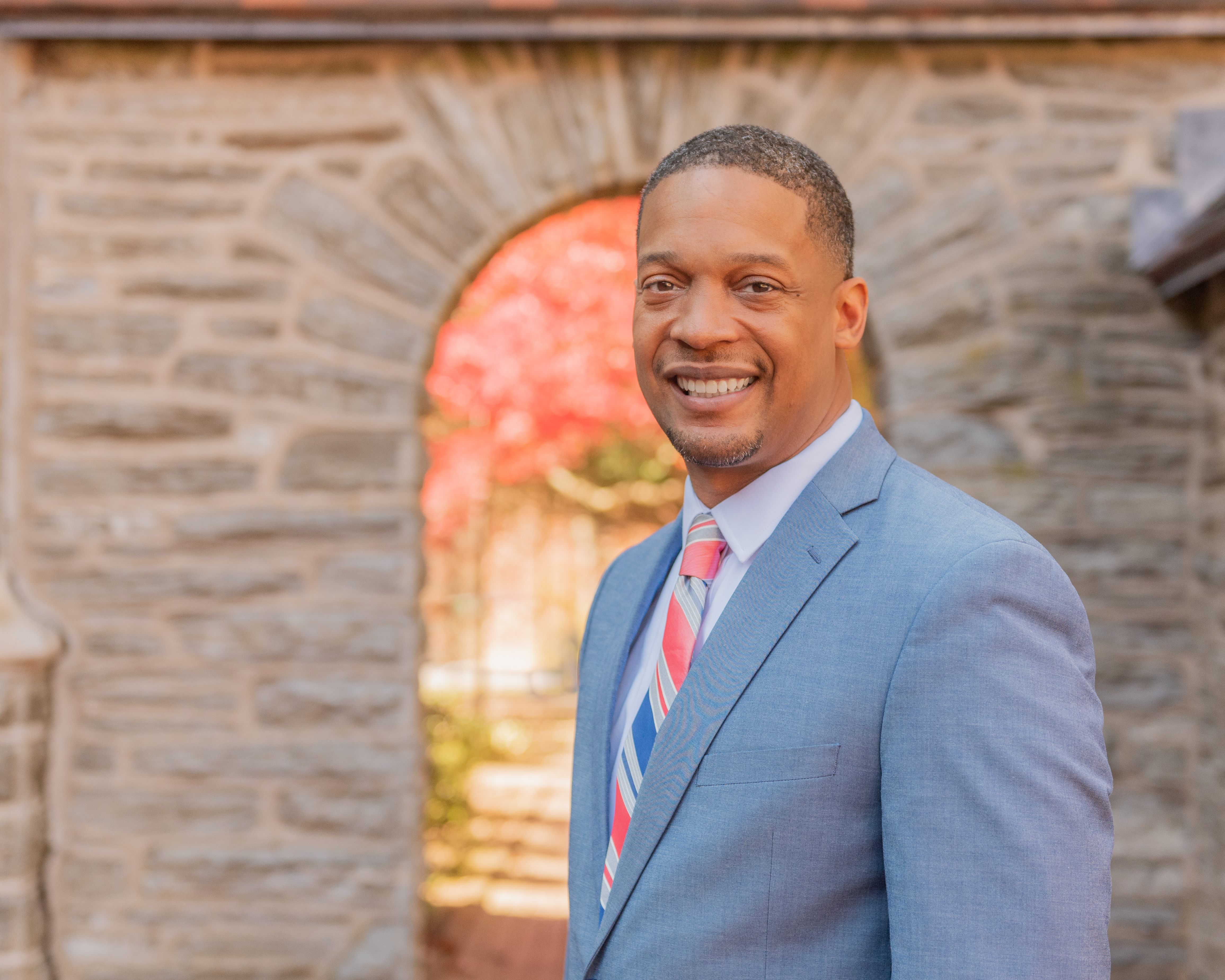 Saleem Brown earned his Bachelor’s degree in business administration and Master’s degree in organizational leadership from Cabrini University (College).  He now serves as the Executive Director of Community Development and External Relations after spending the first 10 years as the Assistant Director of Admissions. In his current role, Saleem seeks new community partnerships, makes connections between faculty and staff to external funders, and serves as a liaison with local, state and federal officials.

Among his many contributions to Cabrini, Saleem served as Associate Director of First-Year Experience, oversaw academic programming for summer orientation and pre-orientation, and worked with Cav Cares, a group that strives to make the transition from high school easier for first-generation college students by pairing them with Cabrini student mentors.

Saleem Brown enjoys a special connection with students.  He displays a life experience and resulting empathy that draws students toward him.  He is a former player on the Cabrini men’s basketball team, and has been an assistant for many years. Saleem has long mentored student athletes who struggle in the classroom.

In 2012, he received the Young Alumni Award for his contributions to the Cabrini community and his continued dedication to service. Saleem was awarded the Denise Edwards Award in 2015, which is given to individuals who exemplify the spirit of Cabrini athletics. Off campus or on, Saleem Brown has earned the sobriquet of the Mayor of Cabrini. 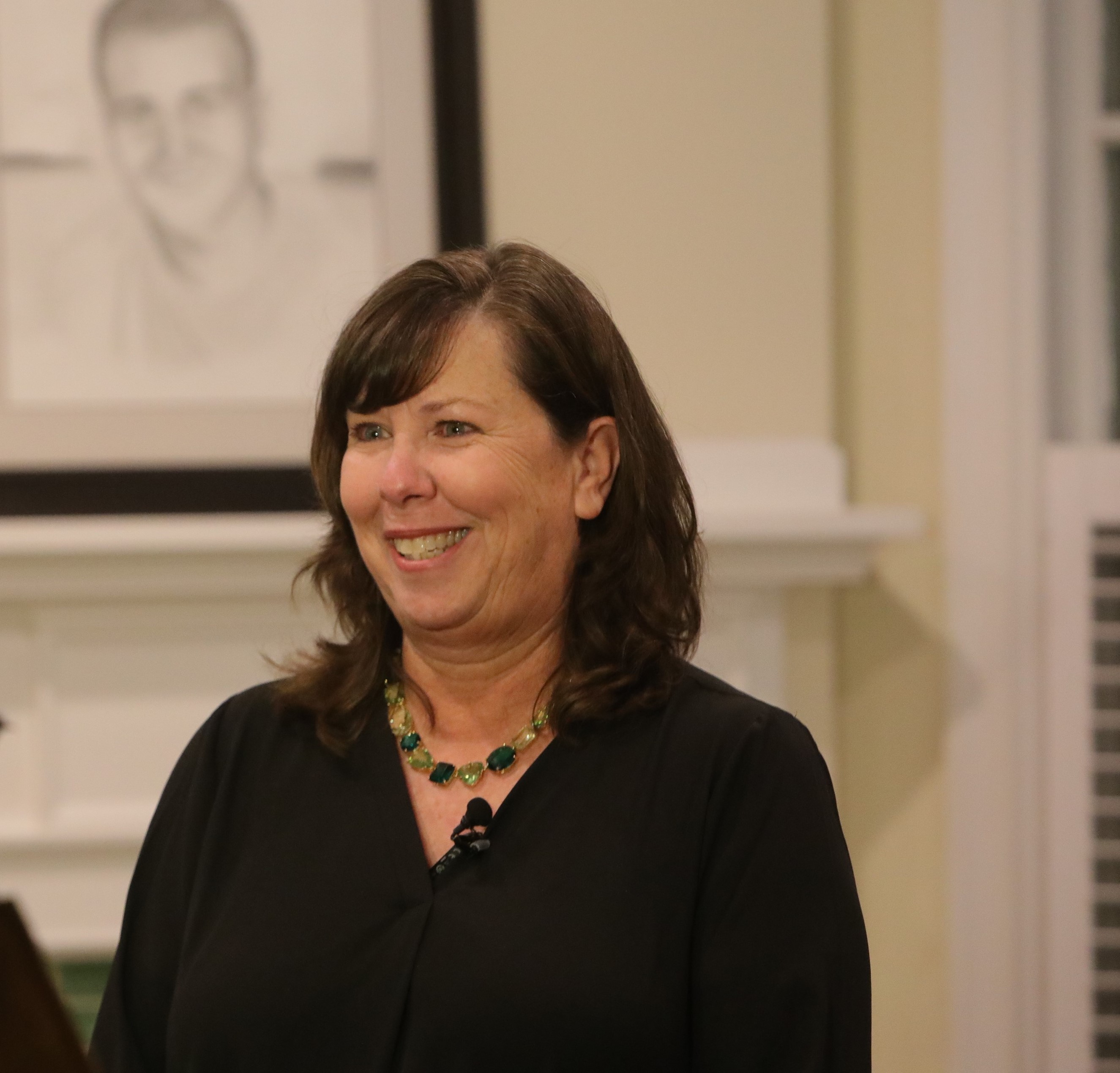 Cheryl Colleluori is President of the HEADstrong Foundation, whose mission is improve lives affected by cancer. HEADstrong was founded in 2006 by Cheryl’s son Nicholas Collelouri, as he battled cancer. Nicholas was a lacrosse player and the lacrosse community has been a source of encouragement for the Colleluori family. Since Nick’s passing, Cheryl has continued her son’s work. As Cheryl says, “Being a family that has walked in the shoes of the population of people we are supporting, we have a full understanding of the hardships that people are going through.”

Among the services now provided by The HEADstrong Foundation is Nick’s House, which provides temporary housing for out-of-town families while a loved one seeks cancer treatment in the Philadelphia region. HEADtable serves home cooked meals and provides recreational outlets to patients of the Hospital of the University of Pennsylvania and Children's Hospital of Philadelphia. HEAD2head is a patient advocacy group.

Cheryl has established the Nicholas E. Colleluori Lymphoma Research Fund at the Abramson Cancer Center. HEADstrong has been recognized as a national resource for cancer patients by the American Cancer Society and has been a charitable partner of Major League Lacrosse.

In 2016, Chery Collelouri received the St. Francis Xavier Cabrini Award for Community Service and in 2019 was named a Delaware County Woman of the year.

Jamie Santora, his wife, Amy and their family are proud Delco residents. A Cardinal O’Hara grad, Jamie went on to graduate from Cabrini College in 1994. At Cabrini, Jamie was active in student government. He lost both his parents while he was a student, and has credited Cabrini with helping him through that painful, difficult time.

Jamie is a real estate broker, owner of a firm bearing his name, and a business development professional in his family’s construction business. He was with O'Neill Properties for over 16 years.

As an alumnus, Jamie has excelled in public service, both as a former elected official and as an ongoing concerned citizen and volunteer. Jamie represented the residents of the 163rd District of Pennsylvania in the General Assembly, and the faith and values of Cabrini, from 2014 to 2018.  This followed service as a councilman in Upper Darby Township.

Jamie has served as President of the Pilgrim Gardens Aronimink Civic Association, and on the Board of Time for Teens in Upper Darby. He is a former President of the Greater Philadelphia Chapter of UNICO, the Italian American charitable organization of business leaders, and created the Elena A. Santora Scholarship. He also was a creator of the Faith in the Future Foundation affecting the Philadelphia Archdiocese High School system.