We Have Done Nothing Wrong

“We Have Done Nothing Wrong”

This semester, a young man from Syria joined the faculty, staff, and students of Cabrini University to discuss the ongoing conflicts in that country.  Elias, on a student visa and studying engineering, discussed the ongoing political issues and the crisis in Syria.  He gave us a view into a world where more than 11 million people—half the pre-war population of the country—have been killed or forced to flee their homes.  Growing up in Aleppo, he discussed the issues of peace, and safety, and economic security.  But most importantly, Elias told us of how his family—a normal, middle class Syrian family—had been affected.

His family has been separated for years.  Some of his family stayed in Aleppo, while others fled to Austria or Germany.  In some cases, there were no more jobs to be had; in other cases, their safety was at risk.  Moving to Austria and Germany allowed them to restart their lives.  But that restart meant paying smugglers to get them out of the country, often through dangerous routes; leaving behind family members; and learning a new language and culture in a new country.

Elias wasn’t able to see his sister in Syria get married.  He lost a cousin and countless friends to bombs.  His home and his neighborhood have been destroyed.  And, as he so eloquently put it, he lost not only access to his home country, but his “definition of home.”  Elias’ family is scattered in countries around the world.  Returning home is not an option, as there’s no place to live and jobs are scarce.  It’s a dangerous, lonely situation, and he made it clear that his story is similar to those of millions of other Syrians. 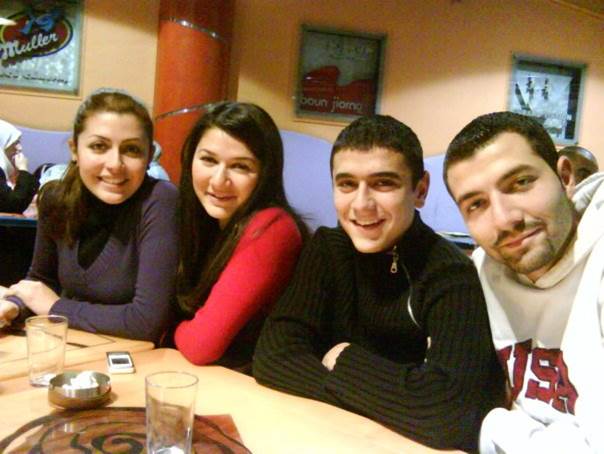 A student asked him what he’d like to tell the world.  His answer: “We have done nothing wrong.”  He explained that it’s easy to blame Syrian refugees, but it’s harder to comprehend when you realize that these were people just living their lives, stuck in a conflict that they cannot escape from.

At Cabrini, named for the patroness of migrants, we welcome the stories of those who have been affected by war and peace, so our community can better understand how to engage with the wider world and support efforts of justice.

Some ways the Cabrini community has acted on the Syrian conflict: