What It's Really Like to Live With Your Best Friend

When my best friend and I decided to go to the same college, it was natural for us to live together. It wouldn’t be the first time we’d slept in the same room, right? It would be easy. There was nothing that could drive us apart.

“Oh yeah? Try living together. You won’t be friends anymore.” That was pretty much the general response when we told people.

I was terrified of living with her because I didn’t want to lose my best friend. We had been with each other through thick and thin for nearly five years. If I was going to lose my best friend, did I really want to live with her? Part of our dynamic is that we’re so different, comparable probably best to "The Odd Couple." She’s neat, and I’m messy; she’s a morning person, and I’m a night owl. Maybe opposites would balance out, and we would thrive as roommates rather than fail so spectacularly as everyone speculated we would. I was hopeful and yet terrified. So we moved in together anyway. 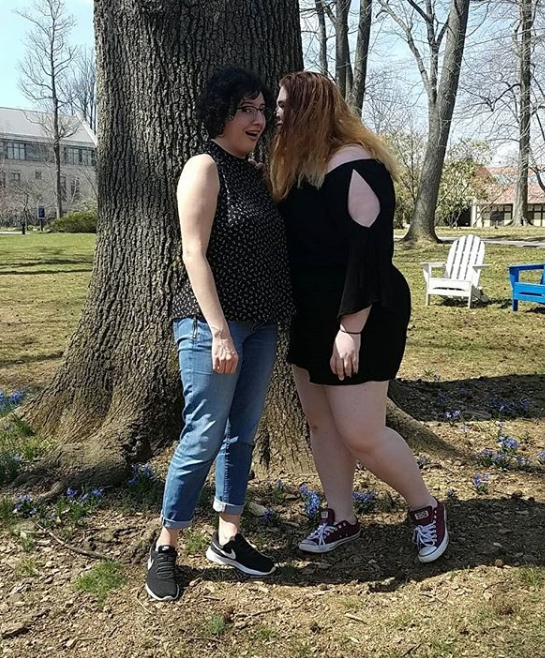 It was surely an adjustment; we’d never lived without our parents (or so far away from our parents) before, and it was scary living alone. But it was better with my friend there. Sure, we had our disagreements, but she was still my best friend. We stayed up late at night, eating ice cream on our floor, laughing and making fun of each other. It was a year of ups and downs, from when she fell asleep sitting completely straight up to the time I spent almost an entire night in our friend’s dorm room, and I wasn’t sure if we would come out stronger or, as most people had suggested, no longer as friends. It was scary because as someone who has lost friends before, it is often not a pleasant experience. This is my best friend.

However, we were stronger than ever before. There was certainly a generous learning curve, and because of that, and our determination to stay friends, we became stronger than ever before. In fact, we even agreed to move in together once again the next year, our sophomore year. We also decided to move in with two other friends into a "jack and jill" style room, with my roommate and I on one side and our other two suitemates on the other. Again, it was a process and a year of ups and downs, but we made it through to the other side yet again. This time, we learned better to express ourselves and to communicate our needs and wants; I would tell her when I needed space, and she would ask if something was wrong when I seemed to be off. That, I think, was the key to our living situation; communication built a gateway to a better living environment. It also built a gateway to yet another agreement.

For both of our mental health, we agreed that it would be best if, when we moved in with two more friends (six total suitemates), it would be best if she moved into a single and I roomed with one of our other friends. It worked fairly well for two years, but we both needed space, and that’s okay. Space is good for all relationships - especially a friendship like ours, where we were working together, living together, majoring in the same thing, and seeing each other when we went home for the weekends.

However, earlier last year, I met two girls who were best friends and rooming together for the first time. Many people, including teachers and parents, told them that they were doomed to fail. I took great pride in telling them that if they worked hard, they would be fine. Living with your friends doesn’t ruin your friendship; not caring about your friendship ruins your friendship. If you put effort into it, you’ll be fine, and possibly even better friends than before.