Traveling as a college student—have you thought about it? Maybe it is something that you have already decided that you want to do; you even know exactly when, where, and how you are going to go. For most of us, though, it is more of an adventurous dream than an actual option. Up until this past year, I sided with the latter.

When I started my junior year, I realized my college experience was already halfway through. While college is a life memory in and of itself, I still felt a gnawing urge to do something life changing. I had seen plenty of Facebook and Instagram posts of high school friends who were traveling the world and living picturesque lives. If they could do it, why couldn't I? Quite simply, because doing so would require stepping outside my comfort zone, a lot of work, and a whole bunch of money that I didn't have. So, like any desperate soul, I made a deal with God, and things began to happen.

Long story short: an accepted application, extra hours at work, scholarships, and a fundraiser later, I was on a plane to Argentina. After the initial culture shock, I began to see that the differences between us were not as catching as the similarities. Reality looked vastly different from all the expectations I had constructed in my mind. My spaceship was just another airplane, and this new world was actually the same as the old one. Soon enough, I felt at home.

The purpose of our trip was to bring educational materials to two of the schools we partner with that Mother Cabrini had started in Buenos Aires, namely Instituto Cabrini and Colegio Santa Rosa. Over the course of three weeks we planned and delivered English lessons for every age, which supplied ample opportunities for both fun activities and in-depth conversation. The friendships that developed during those weeks hold a very dear place in my heart, and they did not end once we got to the airport.

Confining the wonders of a trip into a few measly paragraphs is impossible. It is a dream, but one that you cannot enter through sleep. If going beyond your limits interests you, pursue it relentlessly. It is not easy, but nothing of value ever is. Go with an open heart, and I promise you will return a changed, better person. College is a million opportunities packed into a few short years. Make every second count.

Here are a few photos from my trip to Argentina this summer: 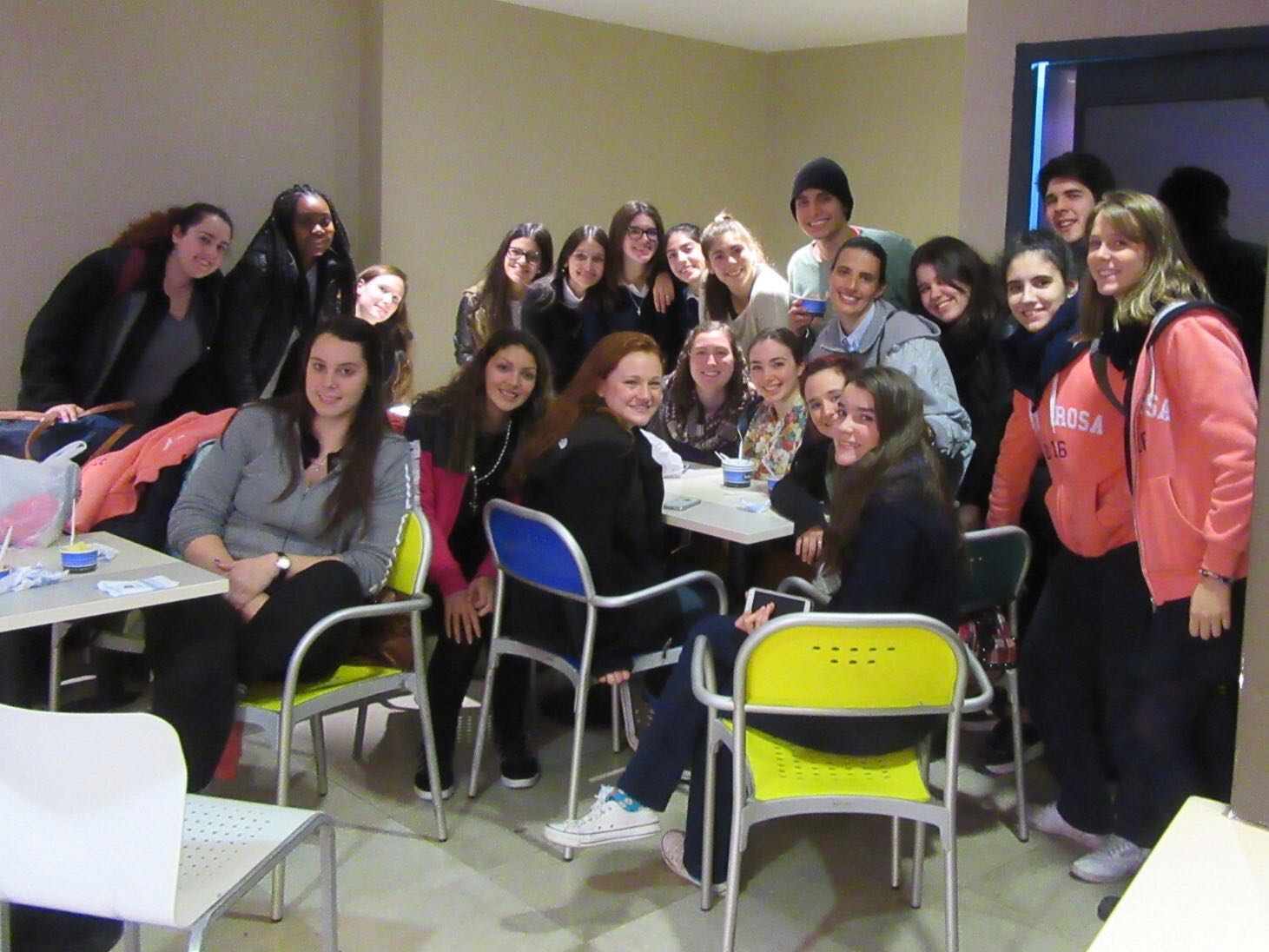 Sister Belén led an outing for Cabrini students, students from Colegio Santa Rosa, and alumni. Nothing like ice cream to facilitate friendships! 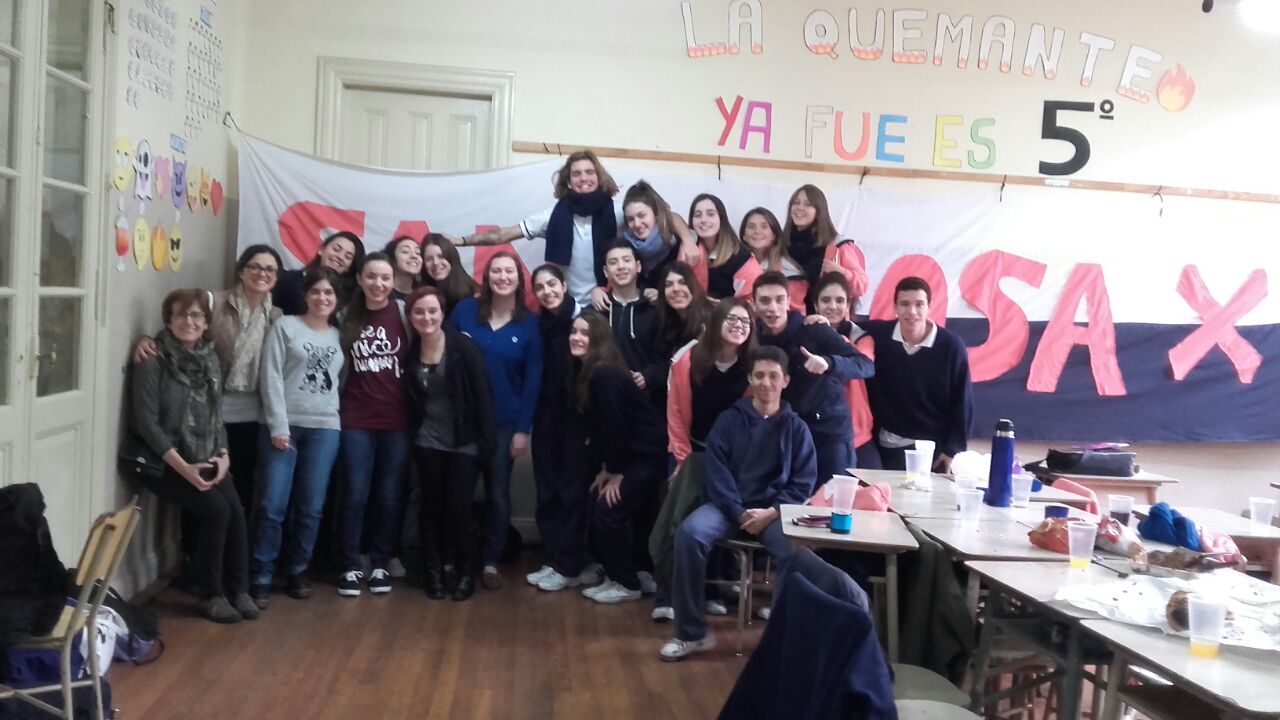 A class photo with the seniors of Colegio Santa Rosa 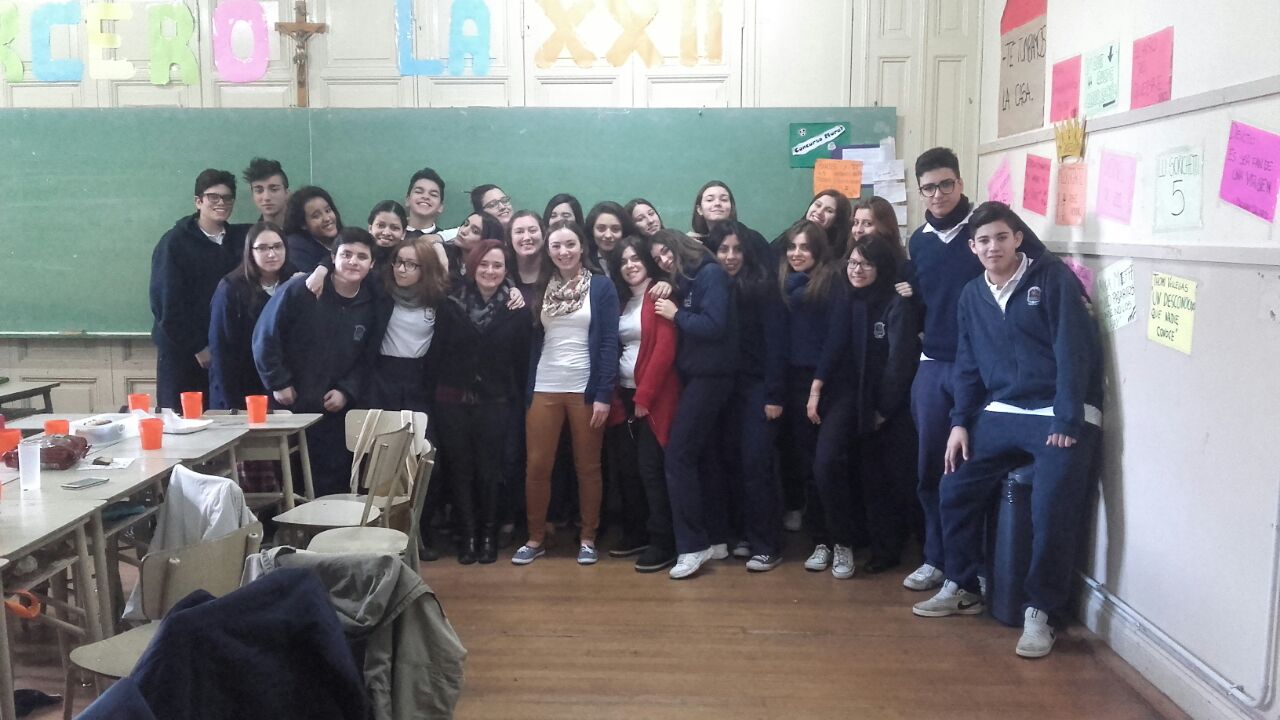 A class photo with the 10th graders of Colegio Santa Rosa