Activities and Events, Just for Fun

Every year, Cabrini University embraces the fine arts to its fullest extent. From embracing painters and authors to nurture their talent fully, to hosting events to further bring art to the students, Cabrini is known for its love of the arts and its extraordinarily talented students. However, perhaps Cabrini’s best expedition into the arts is one that is least mentioned: Cabrini’s stellar theater program. Throughout the two semesters of each year, Cabrini University always manages to bring to life two fabulous productions: the fall play, and the spring musical.

In the 2019-2020 school year, Cabrini has yet to reach the spring semester and thus yet to reach the musical. However, on Thursday the 14th, Cabrini’s fall play, Almost, Maine, premiered in the theater in Grace Hall. Though the play was thus far mostly unheard of for students, as per usual, people were buzzing with excitement to see the production. I, for one, was both excited and skeptical. As a great lover of musicals, usually, I feel as if sitting through plays without the fun of the music can be boring. However, I was fortunate enough to see last year’s production of Moon Over Buffalo, a play so hysterical and so well-done that the friends I went to see it with still quote and laugh about it to this day. So though I do not always have the best luck with plays, I was willing to give it a shot. A few of the English professors and majors grouped together to get dinner and then go see Almost, Maine, and I was fortunate enough to be able to sit in the front row. For an hour and a half, I watched the Cabrini fall play as it premiered for its first time ever - and I loved it. 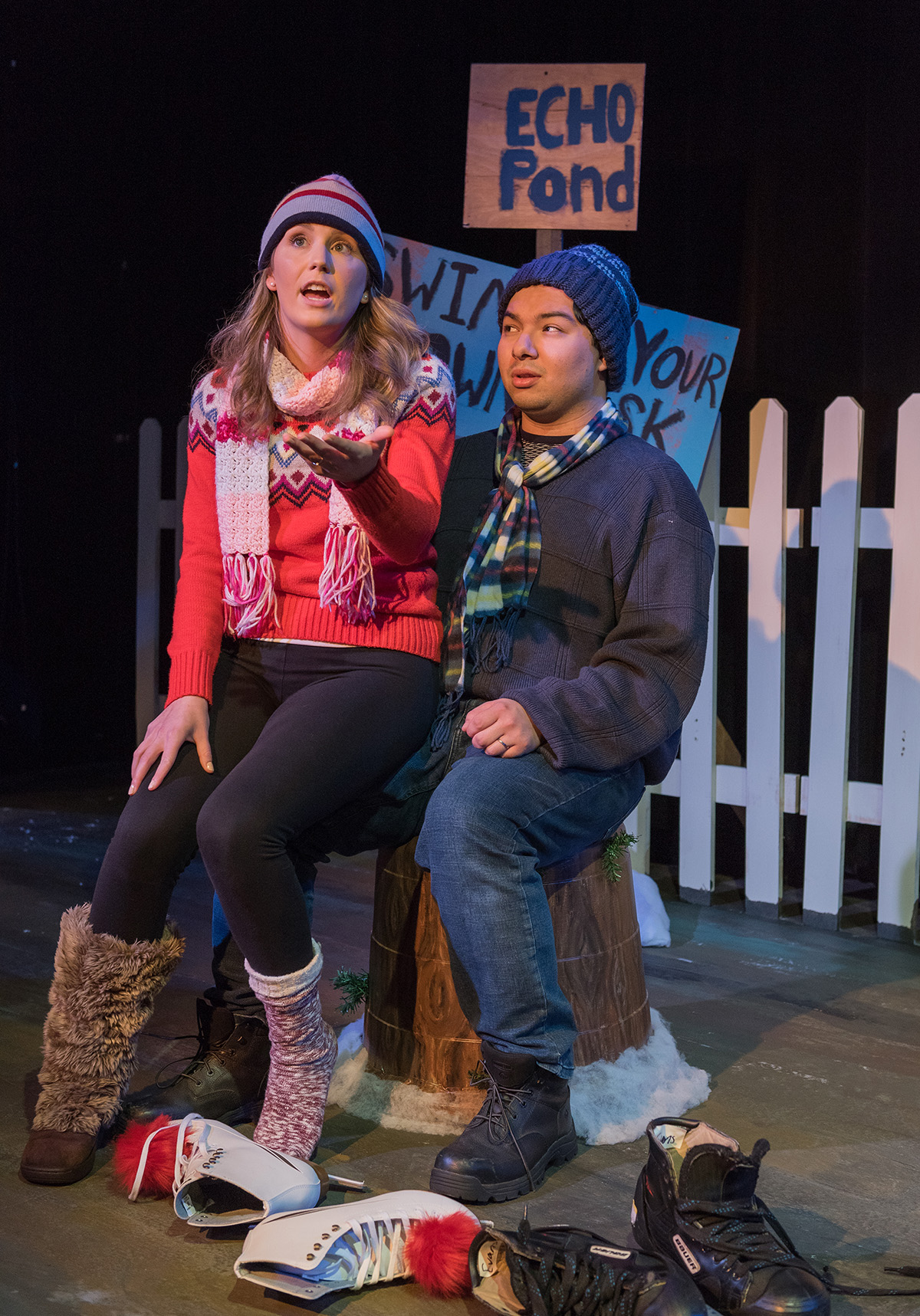 As I’ve said, Cabrini University’s theater program is one of the best programs on campus, and especially one of the best art programs. So though this may be a surprise to some (although it should not be), it is no surprise that Almost, Maine was absolutely iconic. From the scenes that left the audience rolling on the floor laughing to the scenes that had heart-wrenching emotional moments, the show was chocked full of plot that will leave an impression on its audience. Though this post will remain spoiler-free (because I highly recommend that you watch it for yourself), the plot of the play is both simple and complex.

Almost, Maine follows the lives of the citizens of a not-quite township in Maine and examines the many sides of romantic love in one-scene vignettes. The show touched on both the alarmingly hilarious (like the story of feelings shifting within the relationship of best friends Randy and Chad, or that of Dave and Rhonda attempting to see their own relationship in a different way) and the extraordinarily heart-warming (I sincerely mean it when I say that I know I will be thinking about Steve and Marvalyn meeting in the laundry room for the rest of my life), overall leaving the audience in tears, both from laughter and sentimentality. The cast was stellar and the content was amazing, so much so that even the least likely of play-goers could enjoy it.

Cabrini’s theater program is as fantastic as always this fall. And you can see it for yourself; you can purchase tickets right now to see Cabrini’s production of Almost, Maine, running from the 14th to the 17th and the 21st to the 23rd of November.