Cabrini University invited a Turkish journalist, Sevgi, to speak to students about the oppressed media in Turkey. She worked for the Zaman and Today’s Zaman newspapers, writing columns about Turkey’s corrupt government, in an effort to bring light to this toxic leadership. These newspapers were eventually shut down by President Erdogan and most of the employees of the newspapers were jailed for at least 3 years. The Editor-in-Chief at the time was imprisoned for 5 years and placed into solitary confinement. This innocent media group was imprisoned unlawfully and under charges of terrorist propaganda. Citizens were even put in jail just based on the fact that they were reading the Zaman newspaper! All of this is occurring in the midst of a bloody intervention mixed with police tear-gassing peaceful free media protestors. 17,000 women and over 800 babies in prison because of “coup involvement” or a “link to the Gulen Movement”. Even if they are in labor, they are taken to the hospital for the birth and then taken back to prison one or two days later.

The Turkish government erased all of the digital archives of Today’s Zaman. Sevgi was lucky to escape Turkey before being place on the terrorist wanted list, with a warrant out for her arrest. She received threats and criticism on social media and was referred to as an “enemy of the country,” similar to Gulen. 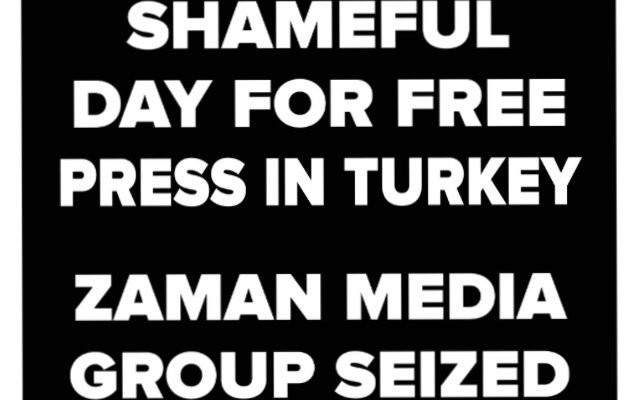 Sevgi explains how dictatorships and oppression are contagious and could have a domino effect and contagious populism. She also has post-traumatic stress disorder and nightmares about being trapped in Turkey and the police following her. Sevgi explains Turkey as “Mafia-run” and as the government “purging” innocent citizens. Even though Sevgi worries about this corruption spreading to the United States, she trusts our government and our system.