Activities and Events, Service and Mission

Women in Politics: A Great Conference Opportunity for Students

Every year at Chatham University, in Pittsburgh, the Pennsylvania Center for Women in Politics holds a conference for just that: women in politics. It is a unique experience that I got to participate in with a select few fellow Cabrini Cavaliers.

The center holds this conference every June for college-age women who are attending small colleges and universities across the state of Pennsylvania and are interested in public office and politics in general as part of Chatham University Women’s Institute.

I had the privilege to attend the summer between my freshman year and sophomore year of college and was among 42 other women (43 total) in the 2017 cohort. At the beginning of the week, we attended workshops that expanded our knowledge of federal and state governments and learned about women that have broken glass ceilings in just the Pennsylvania legislature alone. We also had leadership and diversity workshops where we learned what kind of leaders we are and how to be more inclusive. We also met women who were a part of the local government where Chatham is located.

Towards the middle of the week, we made the trek from Pittsburgh to Harrisburg where we went to the capitol building and met and had lunch with women legislatures about their day-to-day lives, schedules and what they can get done. The day also included a tour of the building where we saw a courtroom, where the PA House of Representatives meet, and where the PA Senate meet to pass laws to better Pennsylvania.

We also had the opportunity to have dinner in the governor's mansion and were able to network with women such as Dr. Rachel Levine, the Pennsylvania Physician General, the secretary of transportation, and other female politicians that are, or were, in Governor Wolf’s cabinet. 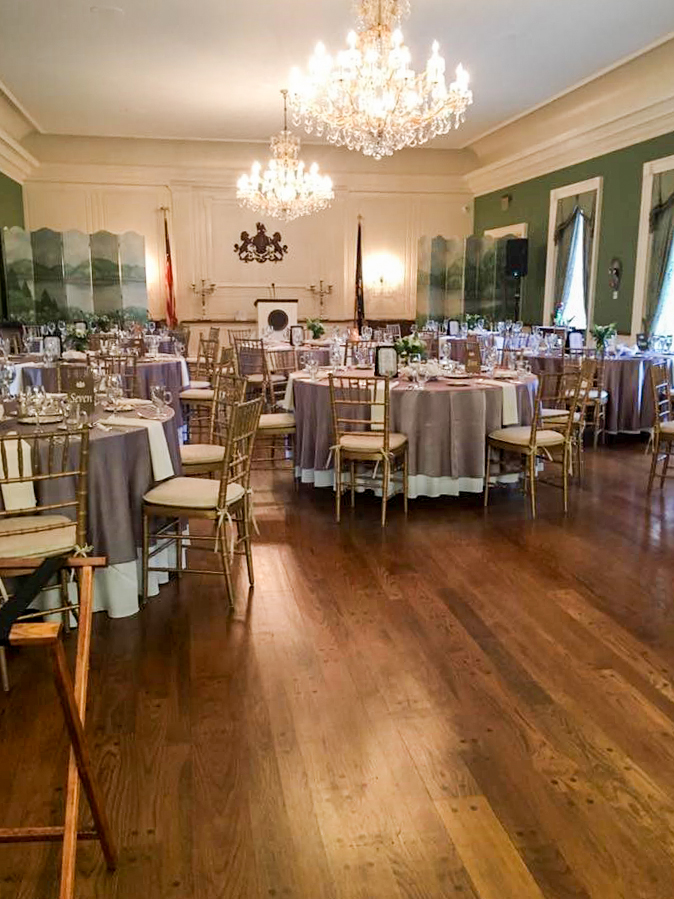 After a beautiful dinner, we went back to Chatham’s campus and worked on a mock panel with a topic that was provided. We split into three different groups: Democrats, Republicans, and a new addition to the program, a press corps. The groups were provided time to work on putting their arguments together as well as organize a mock press conference. At the end of the week, the groups performed the mock press conference and debate. The result was gaining some more knowledge and experience on how the government runs in the United States.

Overall, I enjoyed my week at this conference and learned so much about government, what I would like to do with my career, and I was able to connect with other students and politicians with similar interests from all over the state.

It is quite a unique experience that I highly suggest Cabrini students should apply for if they are interested in the political world to have the opportunity to connect with great people and be a part of a new generation of women who are coming into the political landscape and making a true difference for everyone.

For more information about the conference please reach out to Lisa Podolsky.