Walking Along Side of the People: My Experience in a Guatemalan Town

One group, one goal, one week, with a chance to make an impact not on just the people in Guatemala, but on ourselves.

One week in Guatemala taught me more about compassion, love, and solidarity than I have learned in my entire life. Going into this trip, I was concerned about my Spanish. I spoke little to no Spanish and wanted to connect with the people but knew the difficulties.

Connecting with someone does not have to be through words but with intention and emotion. Nancy and Hamemmia, 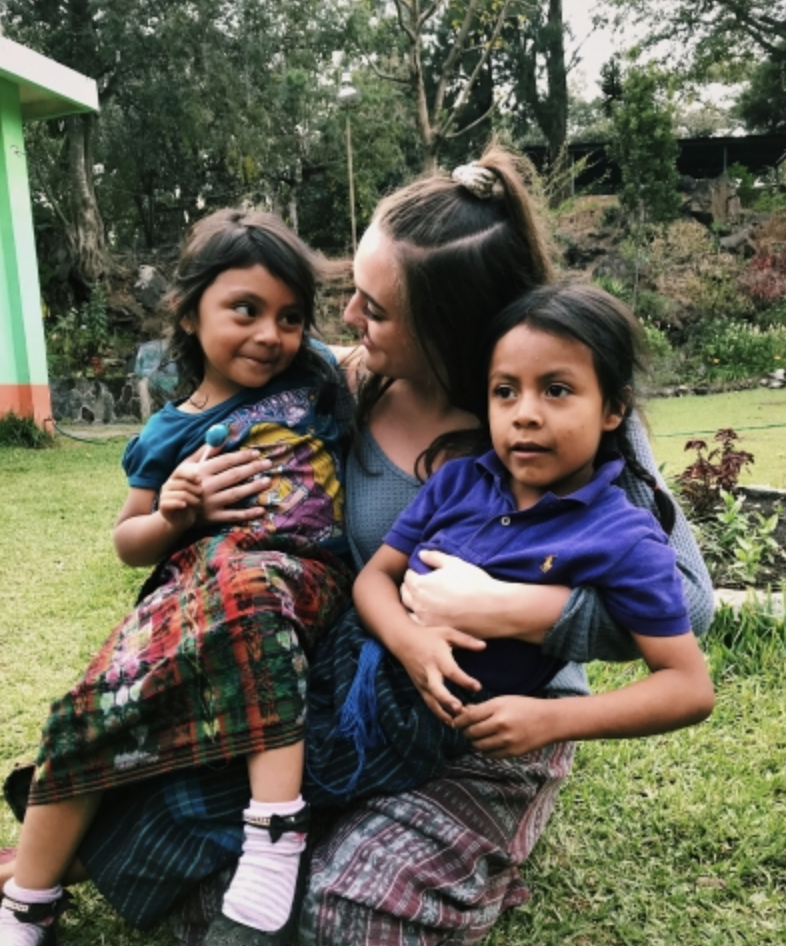 both Mayan children around five years old, knew I couldn’t communicate the way I wanted to. Yet simple actions like running around the circular flower beds playing tag showed the girls enough to trust me and that my intentions were pure. They ran and tackled me to the ground giggling uncontrollably.

Nancy offered me a lick of her huge blue lollipop, and at that moment I realized this five-year-old who was coming from a developing country, with little in material goods to offer, still wanted to give me everything. I wanted to give both girls the world, but I knew money or candy were not going to make an impact. In the end, I’m just one person who went to Guatemala and would be back in the United States in a week. But now I had the experiences to share and a voice that would demand to be listened to. When it was time for me to leave, both girls kept hugging me and kissing my cheek with a sad expression of wanting to play longer. This small interaction impacted me. I felt so much love for these girls, I didn’t want to let them out of my arms.

Where were their parents? In Guatemala, older siblings take care of the younger ones. Both girls' parents were inside the women’s center, which was built in 2011 by Father Greg Schaffer, the pastor of the church there. The mothers were working on weaving and cooking dishes to sell to make money for their families.

I went on the trip to immerse myself into the culture and understand by listening to the people about their lives. I was lucky enough to work in the same home almost every day. I saw the progress of the house, which started with nothing and ended up as a two-room wooden home with windows, a door, and a roof.

Rene, a part of the mission, taught us how to do each step and even though we were nowhere near as good as him he would always respond “muy bien” meaning very good, whenever we finished something. We learned some words in Kaqchikel, the regional Mayan language, and laughed while trying to pronounce them.

The United States is a wonderful place to live but it does not have everything. I challenge anyone to travel to a developing country, immerse yourself in the culture and walk alongside the people. If you do this, you will better understand what everyone on the trip comes to understand.

This story was originally published in the Loquitur.