My First Week In Ireland

Arriving in Ireland was such a relief due to the thunderstorms that delayed my flight. As soon as I got on the bus with my group of other students, we headed to our first stop, Dublin. Dublin was such an entertaining, exciting, and all around fun city that is amusing for all ages. The first night in Dublin we went to dinner that included an Irish folk dance. I really enjoyed this because it showed what the locals do for fun. They brought some of my fellow classmates up on stage to experience the dancing themselves, which was hilarious. That night we all stayed in a hostel in Dublin, which was an experience in itself. I am used to sleeping in hotels when I go somewhere far from home, so this experience really showed me that it does not matter where you stay, rather where you go.

The next day, we went on a historic tour of Dublin, and we learned the old stories that made the city what it is today. My favorite old building was at Trinity College, because there was so much history involved, and the building remained the same after all these years. 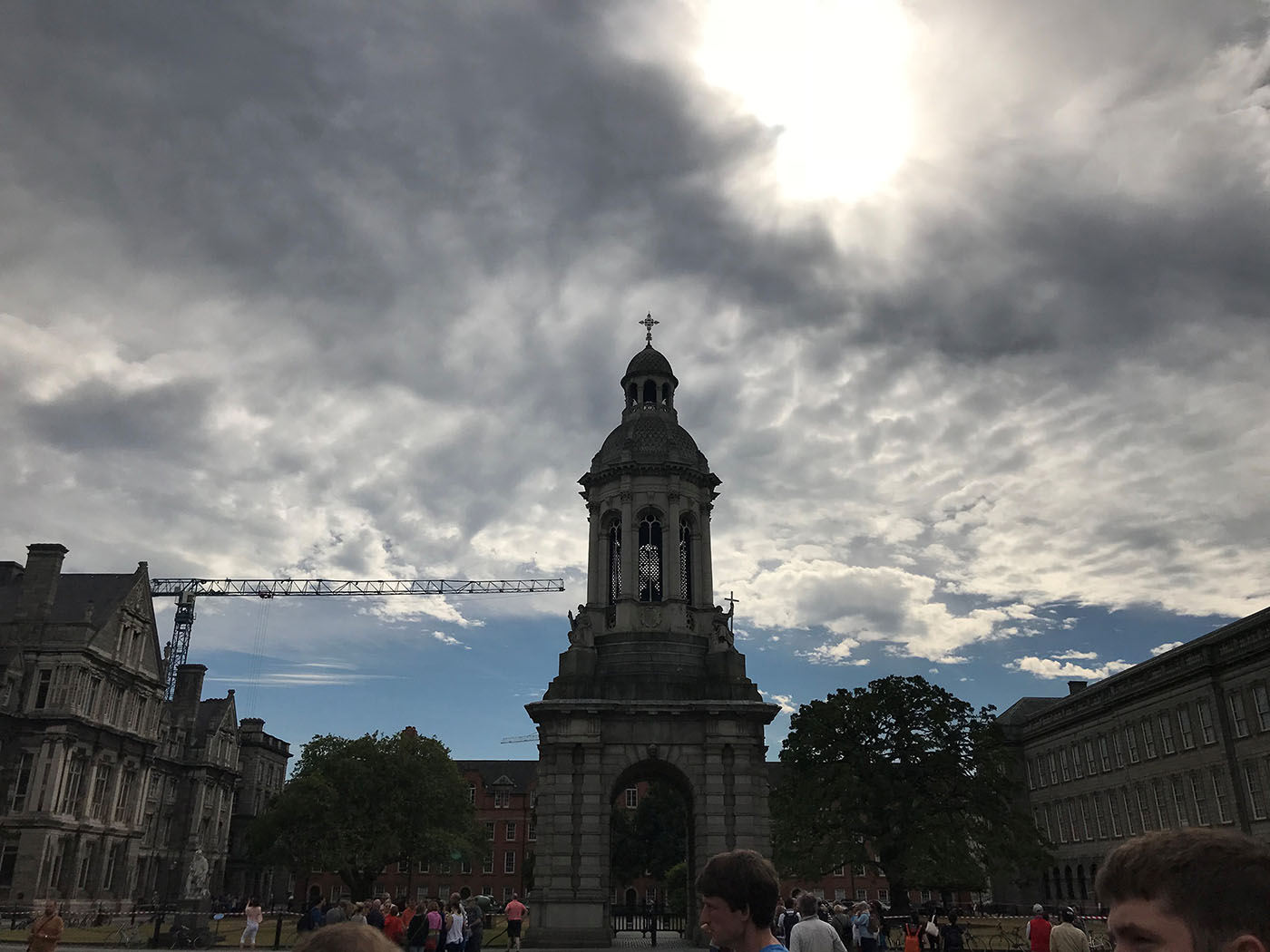 Next, we went on a tour of the Guinness factory and we learned how they make the famous beer and what it tastes like. Back home in Pennsylvania, everyone says Guinness is not very tasty, but at the factory I really enjoyed it! Trying new things is sometimes hard for me to do, but I loved every second of this great opportunity. After the Guinness tour, we had dinner at a local pub and then my group and I enjoyed the city of Dublin for the night. Live music was in almost every pub, and we saw a comedy act too. Traveling to new places can be a little scary, but I am so happy I am here in Ireland.

On Wednesday, we arrived in Belfast and went on a double decker tour of the city. There is so much history on why there is a northern and southern Ireland. Southern Ireland (the Republic of Ireland) has more Catholics, and Northern Ireland has more Protestants, because the north is considered part of the United Kingdom and they use pounds instead of euros like southern Ireland. This was very interesting to learn about because it is still very fresh for many families who keep this ongoing feud close to their hearts. I learned so much about Belfast in a short period of time. 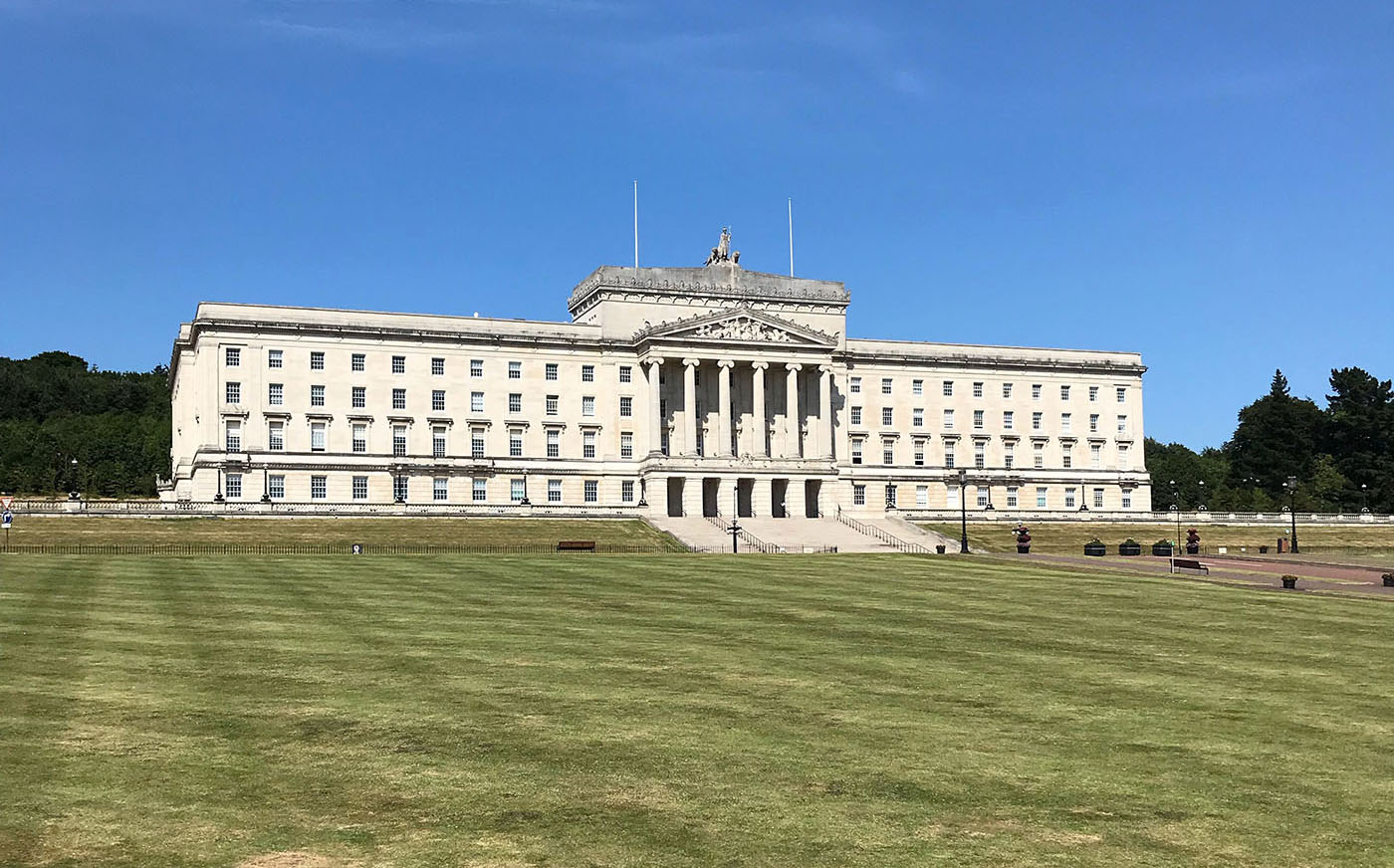 Stormont, a Parliament building in Belfast

That next morning, we went to go sign and see the Peace Wall that has separation barriers in Northern Ireland that separate predominantly Republican and Nationalist Catholic neighborhoods from predominantly Loyalist and Unionist Protestant neighborhoods. On the walls were graffiti, so many signatures, and positive or negative statements. This was a very surreal experience for me, because I am now a part of history by signing the Peace Wall myself. 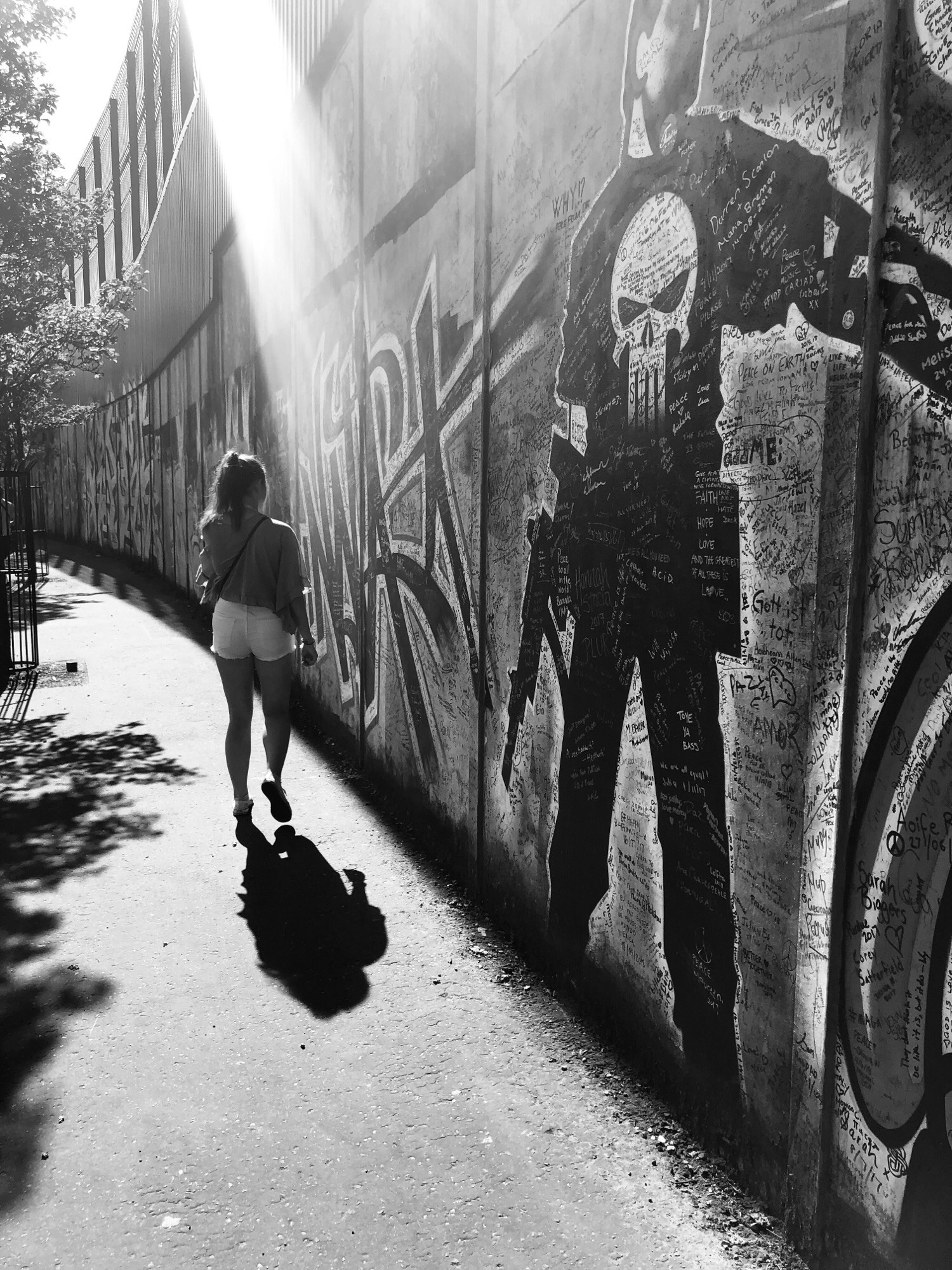 Our next stop was the Titanic museum, where we saw the actual dock where they built and shipped the boat to England. Our tour guide explained why the city of Belfast was somewhat ashamed of the sinking of the ship, but now they have come to terms with the situation which allows them to talk about it because they are proud of what they accomplished. Titanic is one of my favorite movies, so this was a treat for me to learn more about the history of this ship. Lastly, the tour guide’s favorite quote is, “the ship was fine when she left here!” 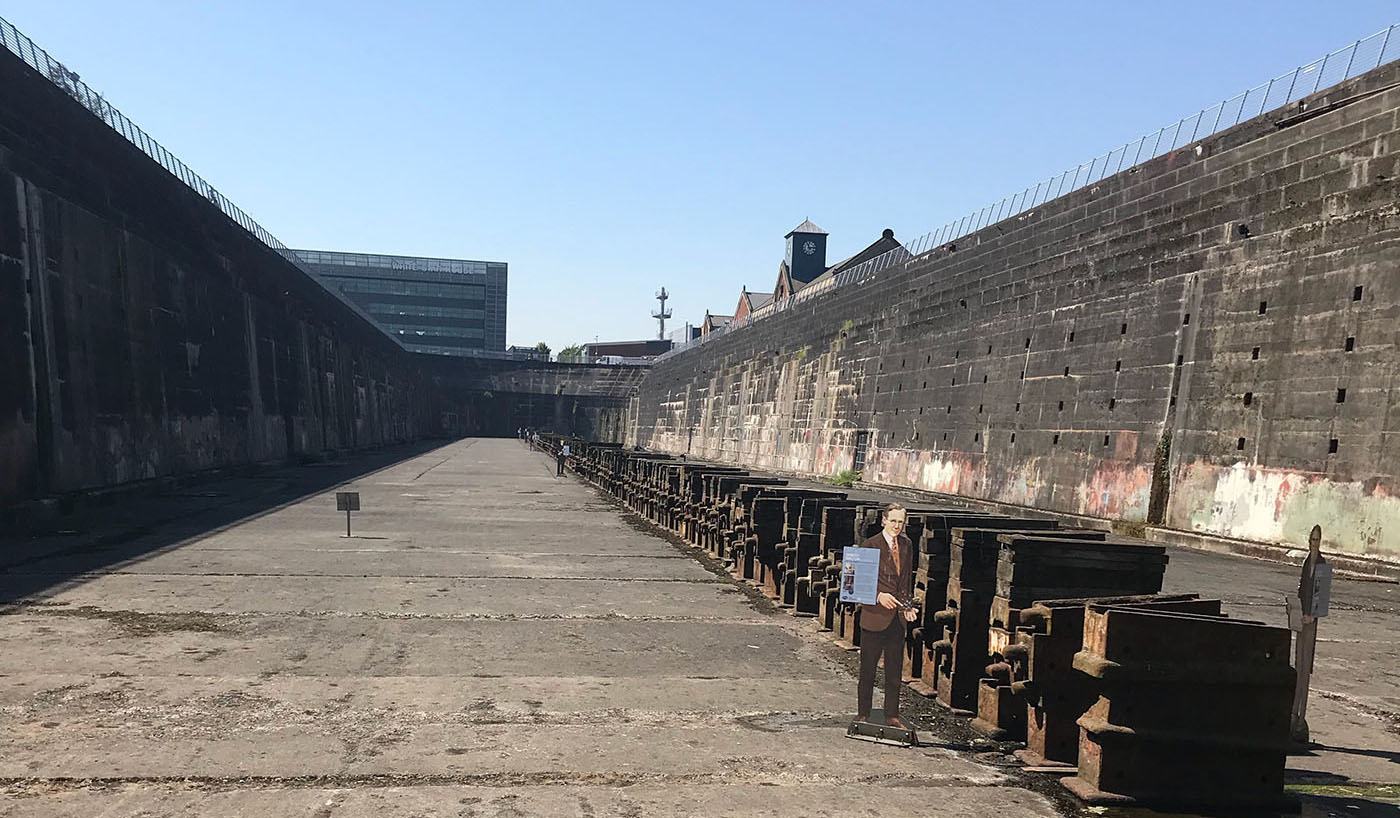 Dock where the Titanic was built

After the tour of Belfast, our next stop was to Derry, where Ulster University is. The Protestants call it London Derry because they are a part of the United Kingdom, and the Catholics call it just Derry because they think it should be a part of Ireland. We then again went on another tour of Derry and saw many historic sites like the Derry city walls, the Peace bridge, and the Tower museum. Each place has significance when it comes to the history of the city, which is crazy to understand. 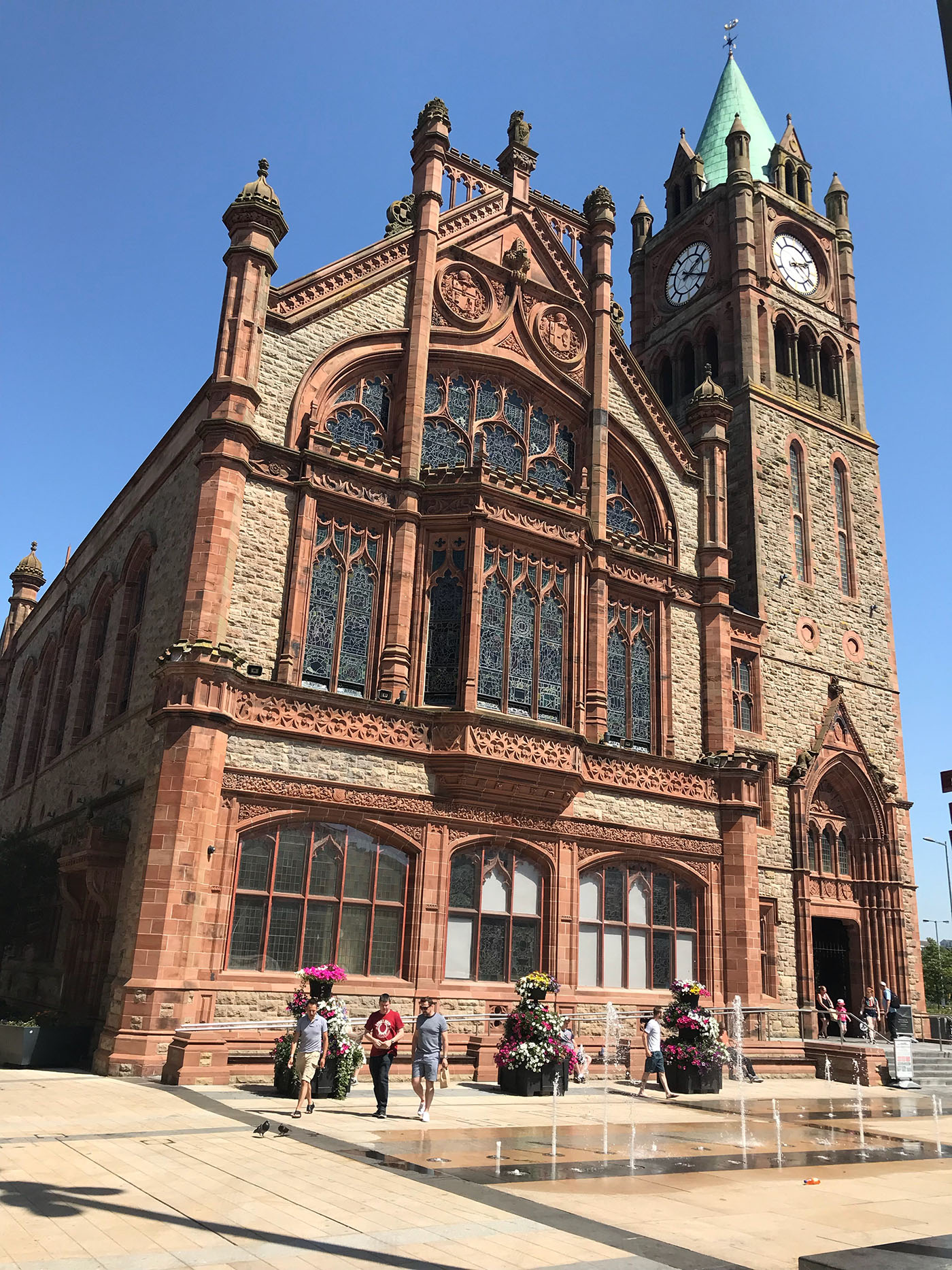 Derry is more quaint than Dublin, but I will grow to love this city. There is so much to do, like shopping, hanging out in the local pubs, attending festivals, or visiting the numerous historical sites. This week I start my two classes at Ulster University, and this weekend I will be traveling to London. I cannot wait to fall in love with yet another city other than everyone I have seen so far!