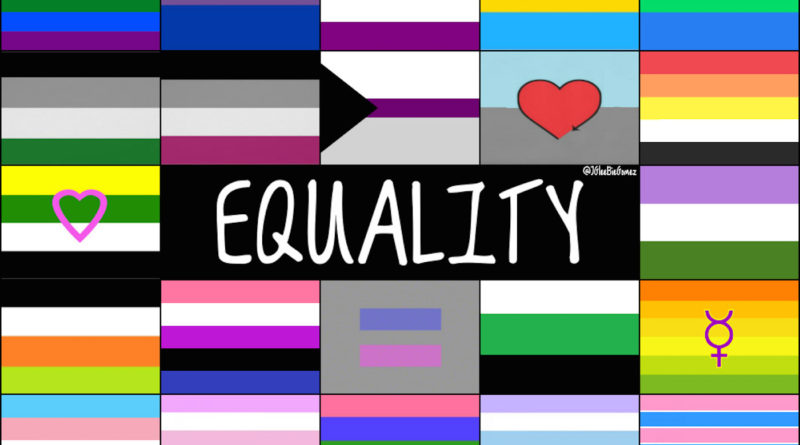 If you aren't aware, June is Pride Month. Like National Women's Month or Black History Month, it is a time to celebrate and uplift people who struggle to exist. Pride month is a time for members of the LGBTQIA community to embrace, love, and cherish themselves for who and what they identify as.

I've been looking forward to the Pride Parade and events all year. People from all walks of life came out to celebrate pride liberation and fun on Sunday, June 10. As someone who previously identified as bi-sexual (now questioning), people don't always understand what it means to step outside of heteronormativity and accept yourself as who you are. On Sunday, there wasn't anyone who didn't understand: Lesbians, asexuals, trans men, and women and so many more people: you name it, they were there. The energy was so encouraging and amazing. I loved everything about the atmosphere. This was my first Pride, so I didn't know what to expect. And I was anxious and jumpy because I didn't know what to expect. Thankfully, I was able to share my wonderful experience with my brother and their friend, Spencer. We went to the Friday pre-party as well as the Sunday parade, we bought merchandise, had a photo shoot, met up with a few friends, and found some really cool new restaurants. Despite the rain, everything was really fun. The music was diverse and well put together. I'm proud to be a part of such a great community with  such phenomenal people. Overall, I had a great experience and I'm already super excited for next year!

Pride is made for anyone who identifies outside of societal hetero-normative expectations. People often wear bright flags, makeup, clothes and other accessories to show what they identify as. The great thing about the LGBTQIA community is that there are so many ways that you can express yourself and your sexual orientation, and no one judges, you just do it.

Just a little background: Pride Month has been recognized for nearly 50 years; the organizers decided to choose June in homage to the 1969 Stonewall Uprising/Riots. The Uprising, which was a retaliation to a police raid (and years of police harrassment against the gay community) at the Stonewall Inn, is thought of as the first step to the modern LGBTQIA political movement. This uprising led to the creation of the Gay Liberatio Front and the Gay Activist Alliance. These organizations led to more protests, meetings with political leaders and so much more.

The acronym LGBT stands for Lesbian, Gay, Bisexual and Transgender. The term QIA is often tacked on to create a bigger space for people to be accepted. Q stands for Queer which is a wide umbrella term for non-cis people. It stands for people who are Intersex, these people don't identify with a specific sex because of a hormonal imbalance. Lastly, the A stands for Asexual; Asexual people identify as not being sexually attracted to other people.

With June coming to a closing, I just wanted to give a little background knowledge about Pride month and what it stands for. I love being a member of the community, and most of all I love that Pride month is the product of a fight for human rights.