A Halloween Athletic Tradition at Cabrini

This weekend, Cabrini University's campus all came together to welcome the winter sports and enjoy contests during "Halloween Havoc"! 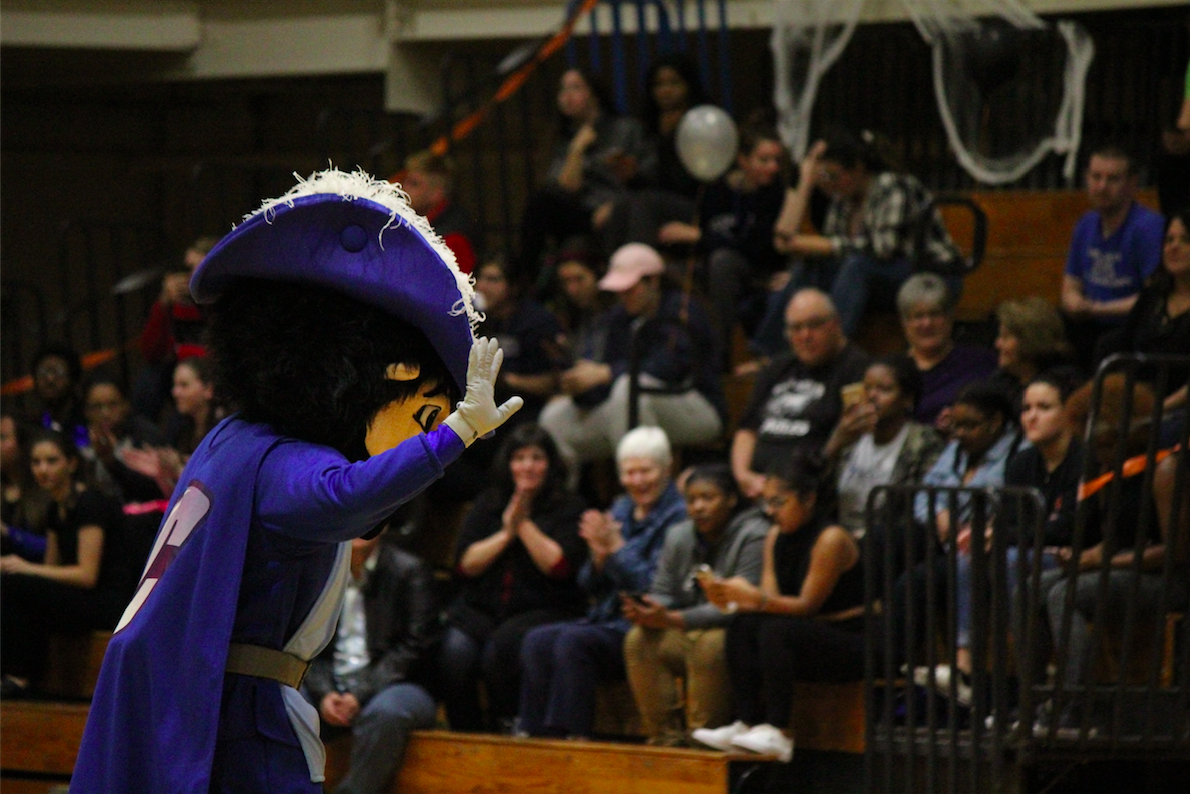 On Friday, October 27, in the school gym, winter sports were introduced, with shout-outs to the fall and spring sports as well, during Havoc. Hosted by the Student Athletic Advisory Council, the first 100 people at the event got free T-shirts. I went to take pictures for the school paper, the Loquitur, and ended up having a lot more fun than I expected. 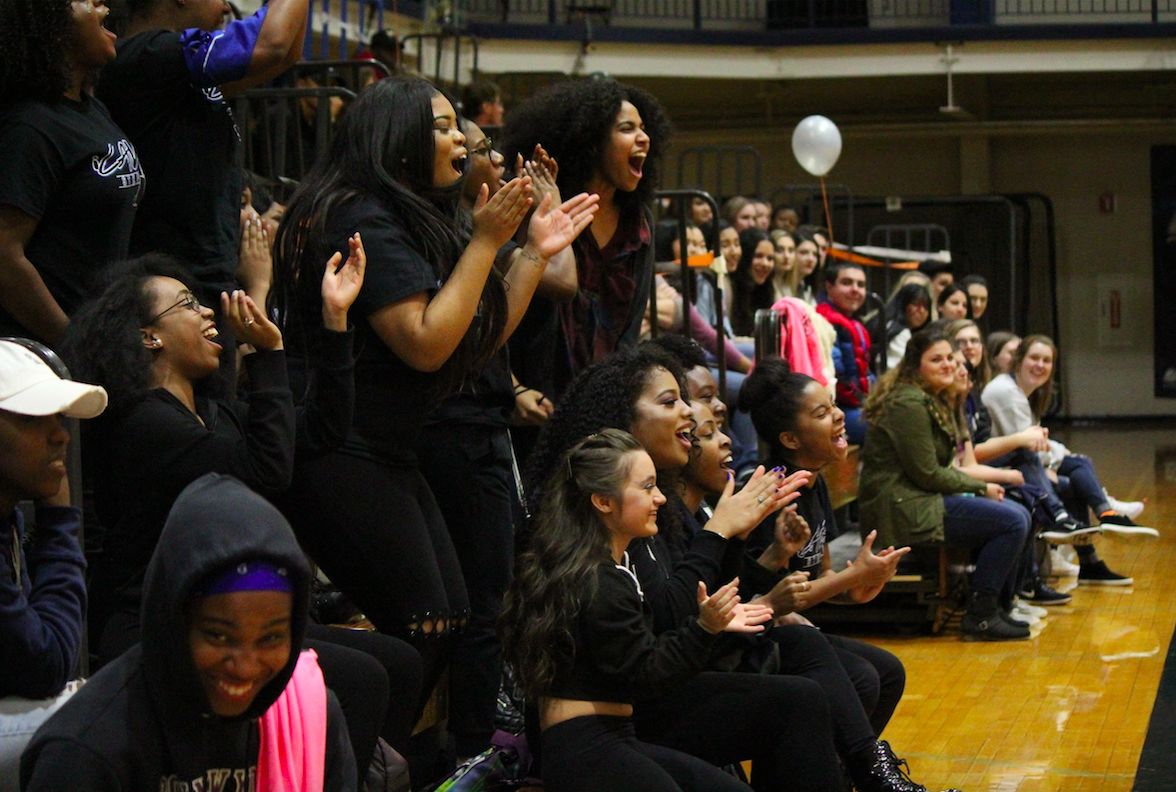 The hosts of the night were both athletes, one from the men's basketball team and the other from the women's soccer team. While men’s and women’s basketball were shooting around, the other teams were getting their group costumes together to compete in the costume contest! 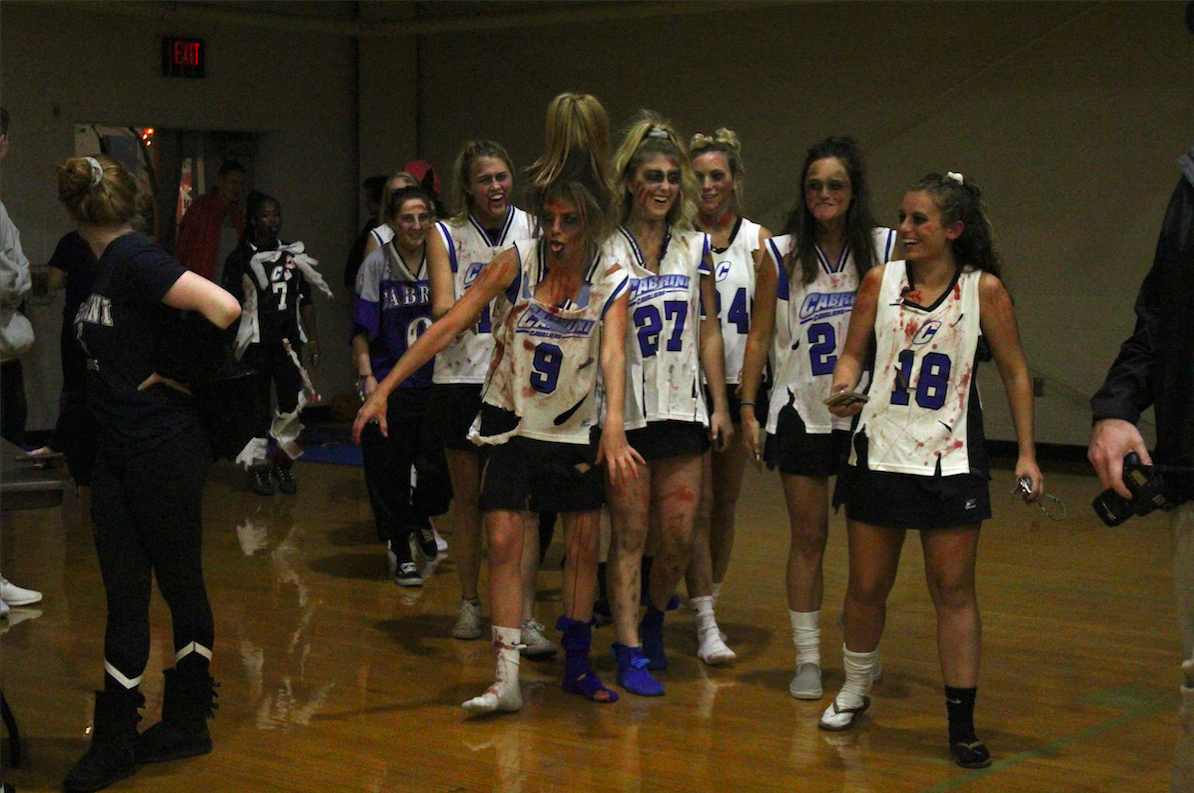 Each team was introduced, walking out as a group with their Halloween costumes. I thought it was a cute idea that the teams dressed up and I feel like it brought the school community together. 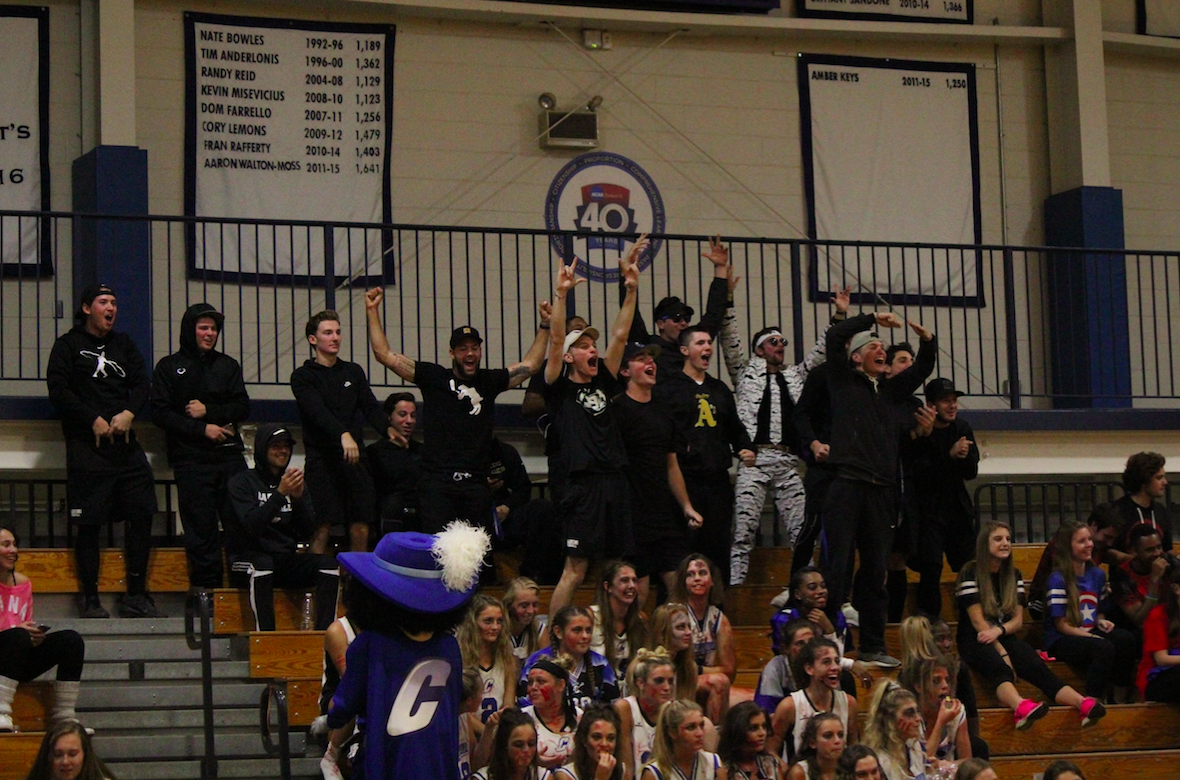 “Havoc” had a lot of activities and games volunteers joined in. They had a race with tic-tac-toe, a Mario Kart track, and even a Chubby Bunny challenge. I could tell that the freshman were having a lot of fun, which was awesome. 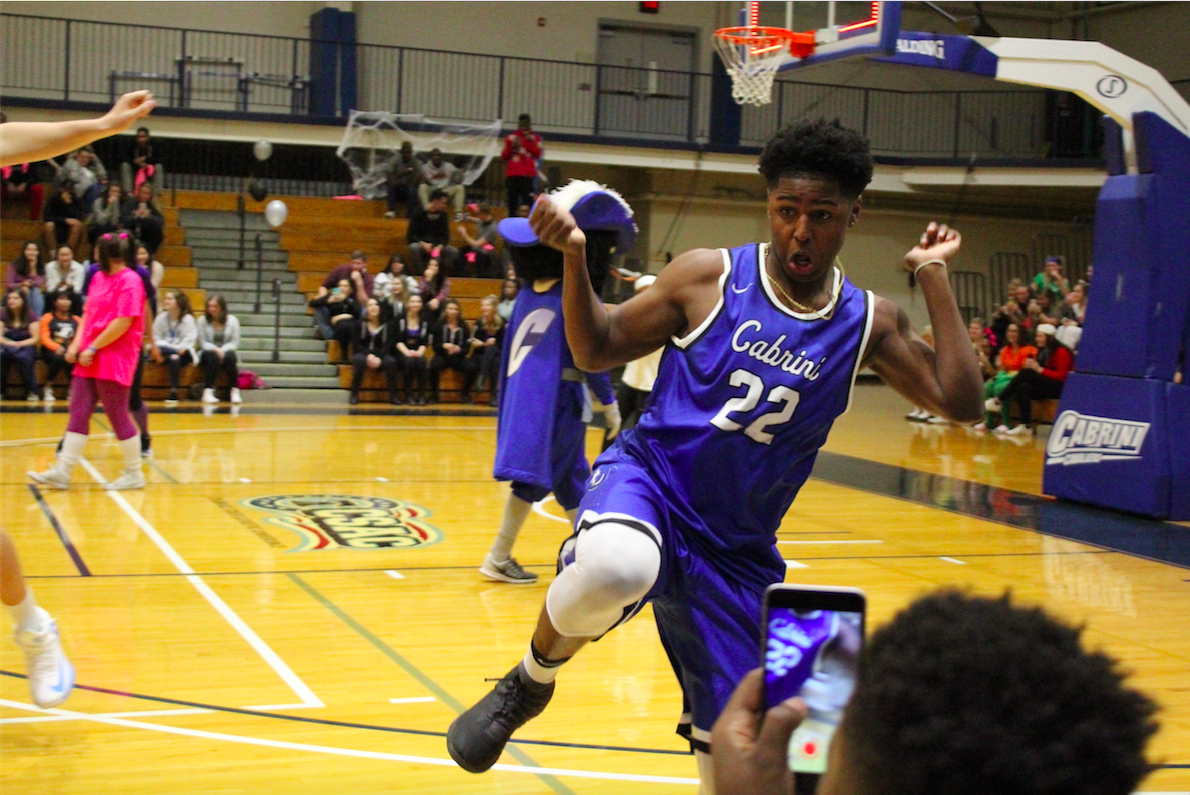 Cabrini recently introduced a step team, so they performed last night. Along with the step team, the cheerleaders, the dance company, and dance team all did a routine. What made the crowd go crazy is when the step team teamed up with the dance team’s routine. 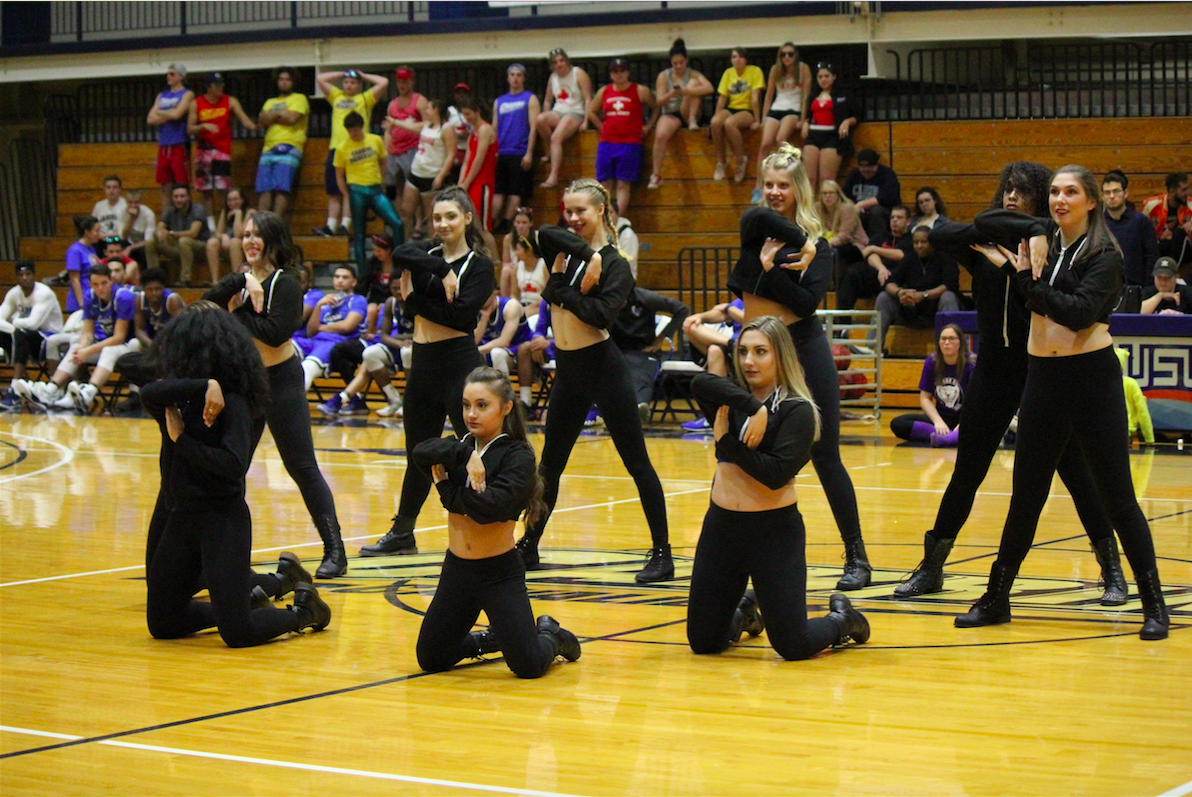 Many family members were there, cheering on their kids when engaged in contests. During the dance competition, I could tell many mothers and fathers wanted to jump on the dance floor. 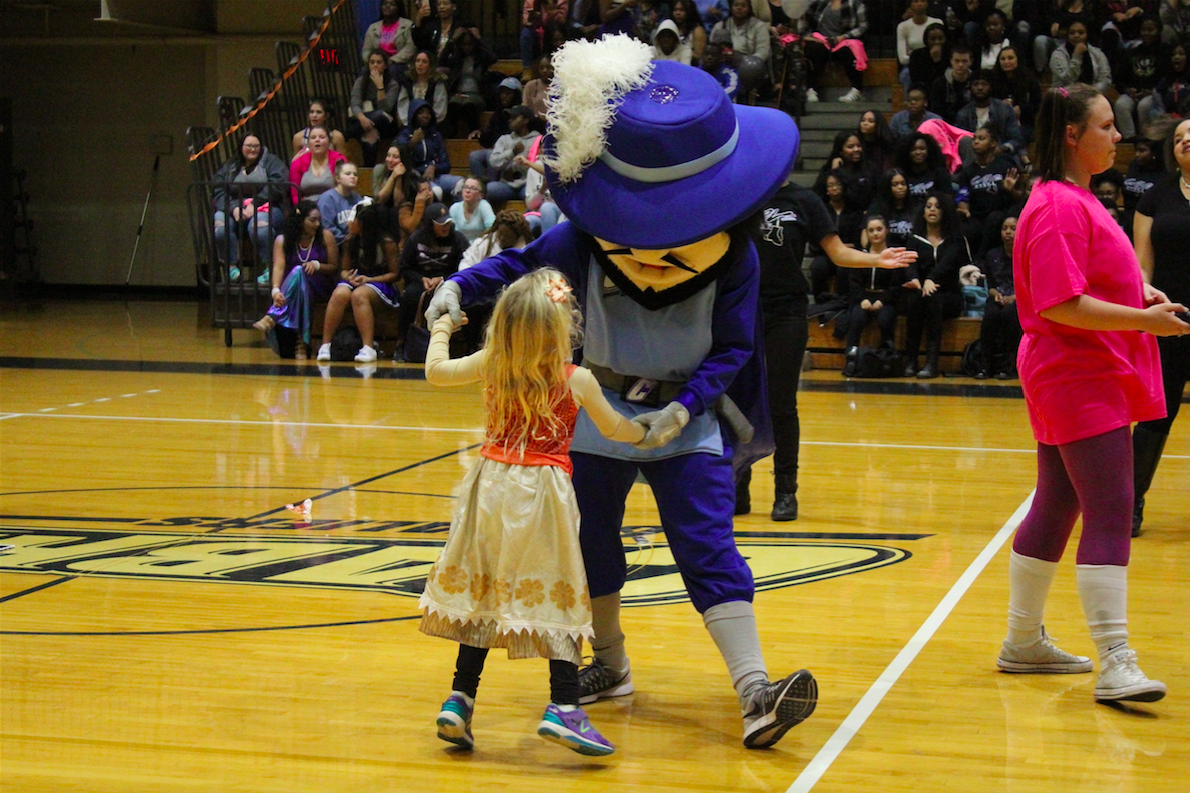 Calvin the Cavalier dancing with a friend.

Having so many sports teams and clubs together really reminded me why I came to Cabrini University.  Instantly feeling that community connection closeness every day, especially during “Havoc” was amazing.