A Day in the Life of a Loquitur Editor 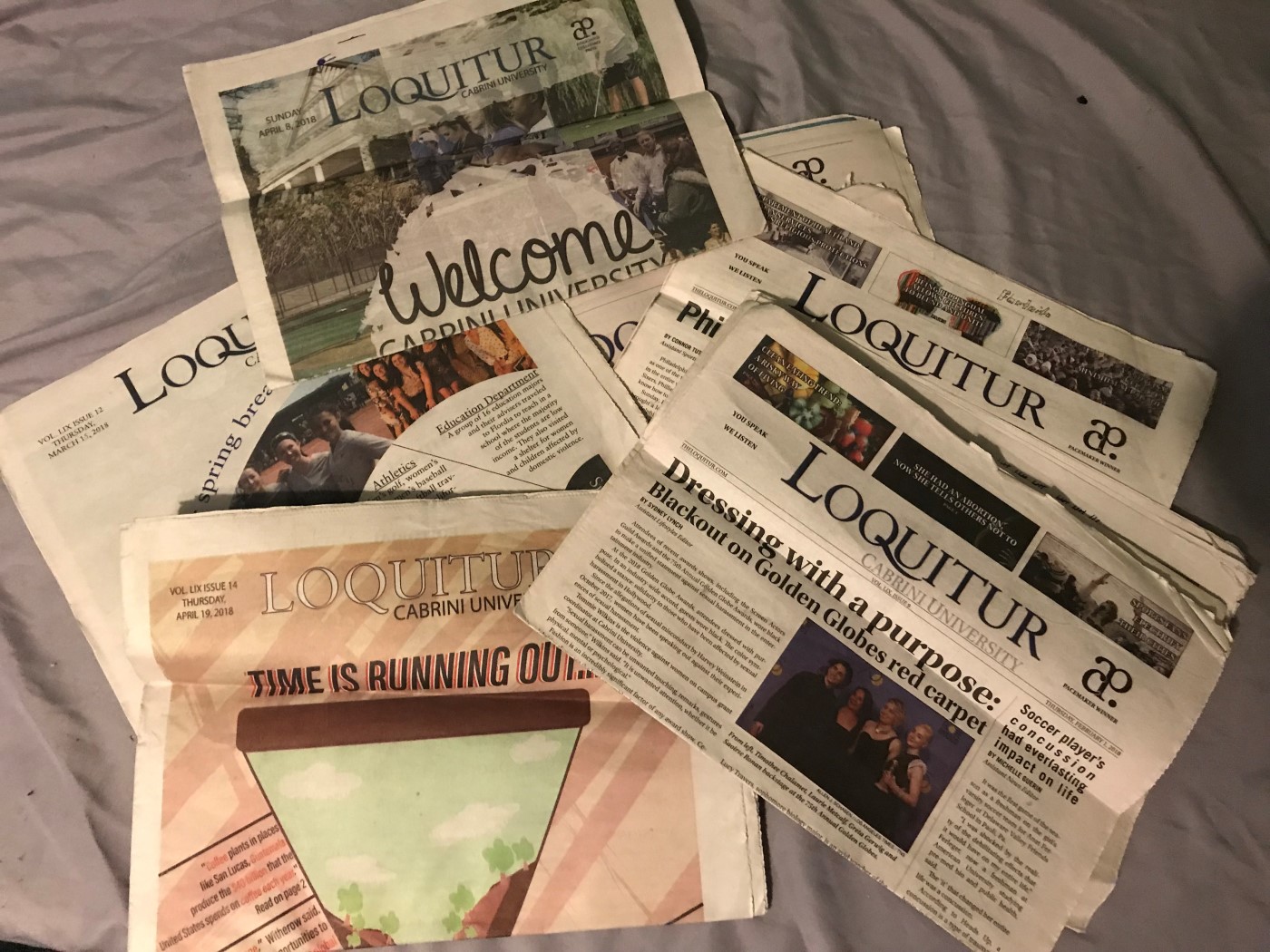 While transferring to Cabrini, I switched my major from Psychology to Digital Communication & Social Media. I knew it was the major for me, but I would have to hit the books hard to make up for some lost credits with such a big change in major. That's what led me to get involved in our student-run media.

Coming into Cabrini, I was not interested in writing at all. If someone would have told me how much I would be involved with writing, I would have laughed in their face. Now, I'm a sports editor for The Loquitur on Cabrini University's campus.

Having the title of an editor is awesome at a college. It allows you to meet new people and make tons of new friends. Obviously, you could be friends with other editors, but actually it's the people I have interviewed who have become some of my best friends here at Cabrini. I guess it wasn't so bad after all that each article had to include three to five interviews.

Usually, Mondays and Tuesdays are when being a editor could sneak up on you. Monday starts with Journalism class for two hours during the afternoon. Then, I have another class to go to right after that around 4:30pm. After that class, I finally have time to eat a late lunch or early dinner. Relaxation is definitely not a thing on Mondays.

Wawa has been my savior this past year because I would usually go right after my 4:30 class to grab food for the late night ahead. Layout, which is when we edit the actual newspaper, takes place on Monday and Tuesday nights around 7pm and could end around 2-3am some nights.

It can be overwhelming at times, but only when I let other classes get in the way and procrastinate. Let's be real, who doesn't?

But in the end it's all worth it because of the friends I have made throughout the process and learning that I do enjoy writing. Having the title of sports editor on my résumé for future employers to see is a great addition.