Faith, Friendship, and Formation: A Journey to Becoming a Missionary Sister

In 2017, two students living thousands of miles apart stepped onto the Cabrini University campus not only to receive an Education of the Heart, but also to further their process in becoming candidates with 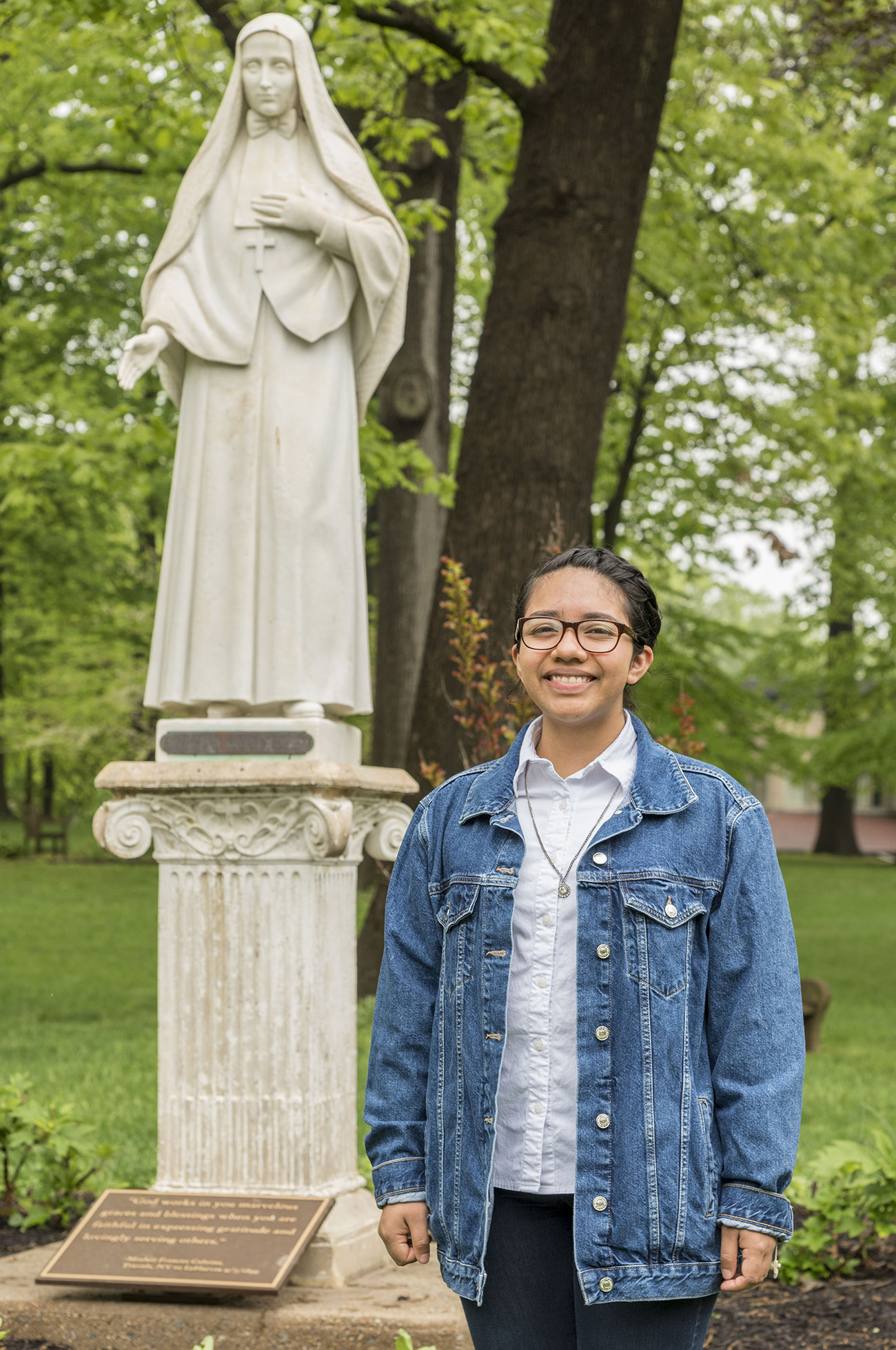 the Missionary Sisters of the Sacred Heart of Jesus (MSCs).

Bianca Huertas Perez (’21) was born and raised in Guatemala City and did not grow up religious. It wasn’t until age 14 when Bianca went to receive her sacraments that she learned about Christianity and God and began to think about the possibility of religious life.

“When we started to study the gospel, they [my teachers] started to talk about this person named Jesus who wanted to change the way things were in his society and he was willing to sacrifice everything to keep doing what he believed was right,” she said. “This idea of someone fighting for what he believed was right, loving others and loving those who were rejected by society. I said to myself, I want to be like him. I want to do something with this.”

More than 8,500 miles away in Kenya, Evarlyne Ndeti (’21) was thinking about the same possibility.

Evarlyne was born and raised Catholic. She always pictured herself as becoming a musician because she loves to sing, but it was her brother who first mentioned the idea of becoming a sister to Evarlyne when she was in the fifth grade.

“I remember the day, we [my brother and I] were washing our clothes and he whispered to me, ‘Evarlyne, I want you to think of becoming a sister and make our family proud,’” she said.

Evarlyne also recalled one visit with her father’s cousin, who is one of many of her relatives in religious life. “She put her veil on me and she told me I looked cute, but I disagreed and I gave the veil back. But from that point on I began to consider the possibility of becoming a sister.”

Still, she wasn’t completely convinced and decided to pursue her love for music by joining a popular ministry group in Kenya after she finished school. During her two years there, one priest would always call her “Sister Evarlyne” because he said he saw in her that she would one day become a sister, which led her to speak to her mother’s cousin, who is a priest, about the possibility of religious life.

That priest connected Evarlyne to the MSCs and she went to stay with them for a month in Ethiopia before deciding she wanted to join them permanently.

Bianca also made the decision to join the MSCs after realizing it was on her to be a part of the change she wanted to see in the world.

“If I want to change what we have as a church we need to work for it and I need to be a part of that change, I cannot just criticize and say ‘yeah, they don’t do anything,’ but I don’t do anything either,” she said. “So, even though I was still doubting myself—because I was joining a religious community and I’m not that religious—I still felt something in my chest telling me, ‘you have to do this, you have to be there,’” she said.

After working alongside the MSCs for some time—Evarlyne with sisters in Ethiopia and Swaziland and Bianca in Guatemala—and having the chance to reflect on the choice to be a part of the religious order, both young women enrolled at Cabrini, after recommendations from the sisters to continue their education during their time as MSC Candidates. 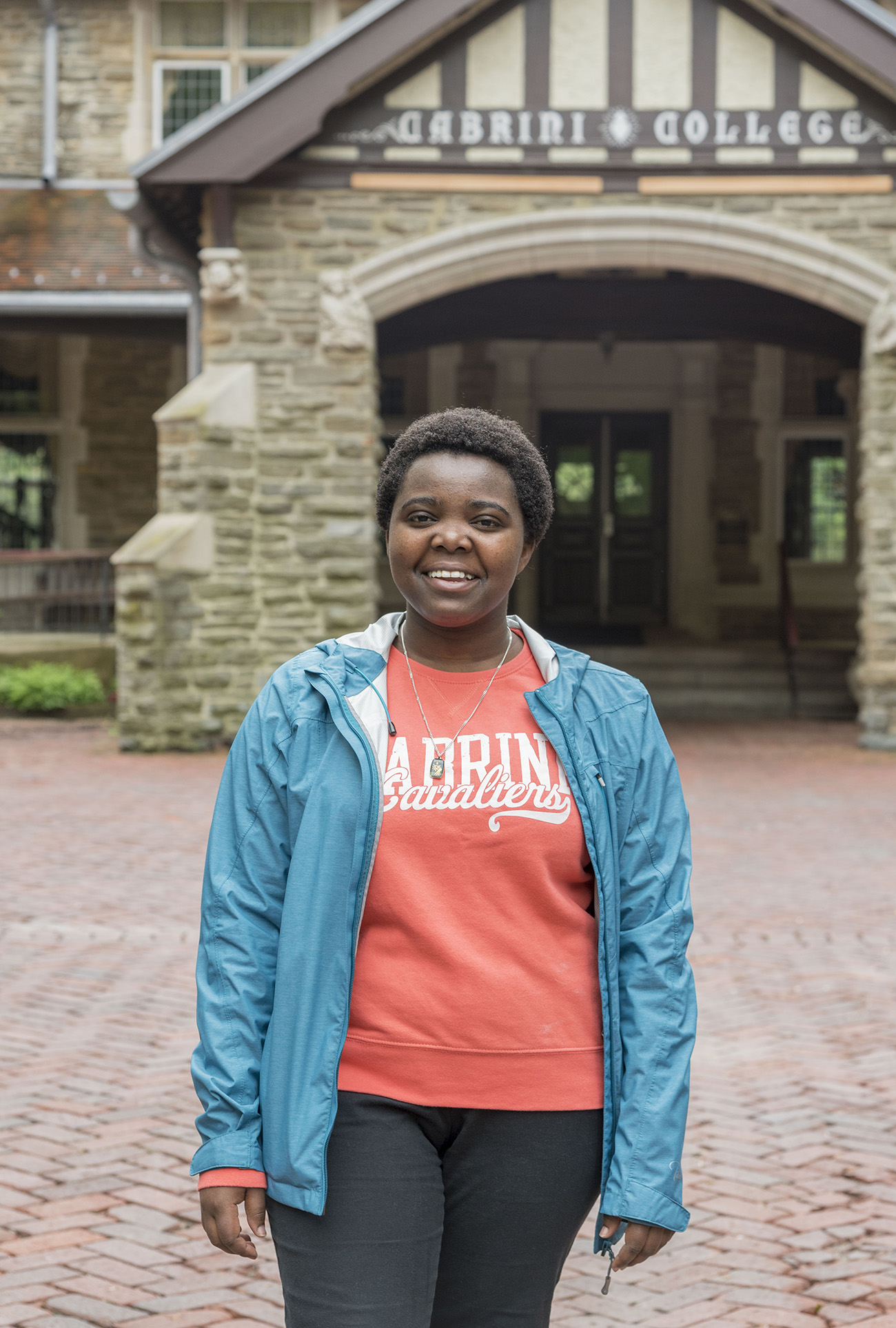 At first, Evarlyne was hesitant to come to America, and she relied on many of the sisters and her family for advice.

“Embrace that chance and move forward without looking backward,” one sister said to Evarlyne.

Since arriving at Cabrini, Evarlyne and Bianca have become close friends, and live together on campus.  Both students chose majors that will help them serve others in the future.

When you join the MSCs, it is important that you not only have background in religion, but also you must become educated in a way that you will be able to contribute to society, Bianca explained.

Bianca is majoring in Health Science and will then begin a nursing program in hopes that one day her missionary work will revolve around helping those who are sick. The sisters have clinics in Guatemala, a hospital in Australia, and missions in Africa to help with the HIV epidemic—she will most likely be a registered nurse in one of those clinics.

Evarlyne is majoring in both Social Work and Educational Studies. She loved her experience of teaching young children when she was in Swaziland and she was also told by one of the sisters that she is a great listener and would make a good social worker, so she decided to double major.

Both of the students ultimately just want to help those in need.

Evarlyne is passionate about helping those who are oppressed or neglected. Her mother was an orphan and she also grew up befriending many who were disabled. When she found out that part of the MSCs’ mission is to spread love to those who are abandoned or neglected, that’s when she realized what she wanted to do with her life.

“The Cabrini Sisters spread out the love of Jesus especially to those who feel neglected,” she said. “So, most of the time when I think about neglected people, those people who feel that there is nobody to love them, this motivates me most. I want to make other people happy and to put a smile on their face.”

“Being able to do whatever I can with the things that God gave me, and the opportunities that he’s giving me, everything he gives me is not for me—it’s for others,” she said.