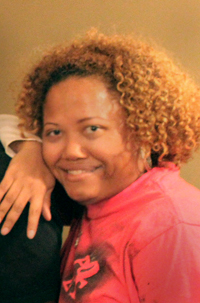 When Sharvon Urbannavage graduated from Cabrini in 2003, she was told she had a world of endless possibilities in front of her.

But after quickly learning that the corporate world may not be for her, she stumbled upon the world of spoken word poetry and jumped in headfirst.

Urbannavage, who earned a Bachelor of Arts in English and Communication, joined the Philadelphia Youth Poetry Movement—first as a photographer, then in the movement’s marketing and event organization side.

Her involvement progressed further when she began teaching a poetry workshop and developed into a mentor for Maria Clark, Cabrini freshman criminal justice major.

“It wasn’t like a conscious, ‘okay I’m going to do this,’” Urbannavage said. “I just saw that she needed help. She was so overwhelmed from doing it all himself, so that’s why we all just started doing things.”

“There’s a mix of teachers, performing artists and then there’s me. I don’t think that I fall under either one 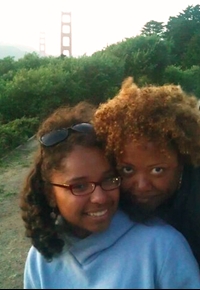 of those categories,” Urbannavage said.

Unlike a structured mentorship, Urbannavage and Clark had a connection that was more of a natural progression instead of an arrangement.

“We have very, very similar type-A personalities when it comes to organizing things,” Urbannavage said. Clark worked as Urbannavage’s assistant at events and their relationship became very personal.

“It’s because we are so open,” Clark said. “You know, once you confide in someone there’s not this ‘I’m judging you’ thing like before. It’s more so that I’m accepting what you are telling me but I’m also going to tell you this and this and this and you can respect that.”

According to Clark, the two met at a workshop and they gravitated toward each other. They lived close to one another and had similar interests in art and obviously poetry. When Clark was looking into her future education, she also kept Urbannavage in mind.

“She is the reason I am here at Cabrini—because she went here,” Clark said. “She would bring me to campus. We are like sisters. We can talk and joke around, but at the end of the day, she is my life coach.”

As a mentor, Urbannavage has to balance being a companion and being an authority figure. She explained that she doesn’t sugarcoat or demand that the kids follow her guidance, but gives them her opinion and lets them make their own choices.

She believes it causes them to learn how to take the positives from criticism, and respect points of view that may disagree with theirs.

“She doesn’t talk to me on a judgmental basis,” Clark said. “She can make me do the right thing without actually telling me to do it.” 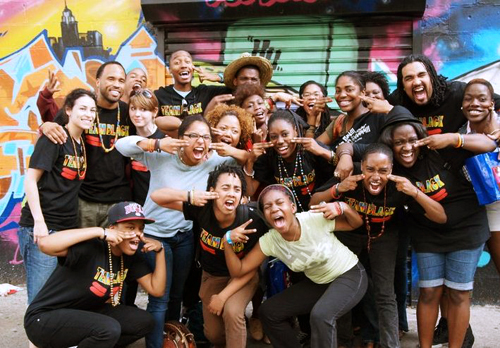 With all that Urbannavage has done for PYPM, becoming a mentor has not only helped the kids, but also gave her an outlet for overcoming emotional issues in her past and present.

“First and foremost, I think it helped me work through a lot of stuff that I was still holding onto from when I was their age,” Urbannavage said. “It helped me to understand that some stuff you just need to let go because you have no control over it. It also taught me that I’m not alone, which is what I was feeling.”

When Urbannavage is counseling and giving advice, she explains that she is only presenting them the advice that she wishes someone would have said to her when she was younger.

“It’s about helping them work through things in a manner that I kind of wish I had dealt with stuff when I was their age,” Urbannavage said.

“That way, it will help them become better people and not in their late twenties trying to figure their lives out.”

Mentors have two roles to play at PYPM: To help the kids with their creative process, and help them develop into better writers and performers. But that is not where the mentoring ends. Life mentoring is also a large part of their job, and for Urbannavage, the most satisfying part.

“We always say it’s about more than just the poetry,” Urbannavage said. “It’s about the friendships they form with each other and the relationships they have with the mentors as well.”