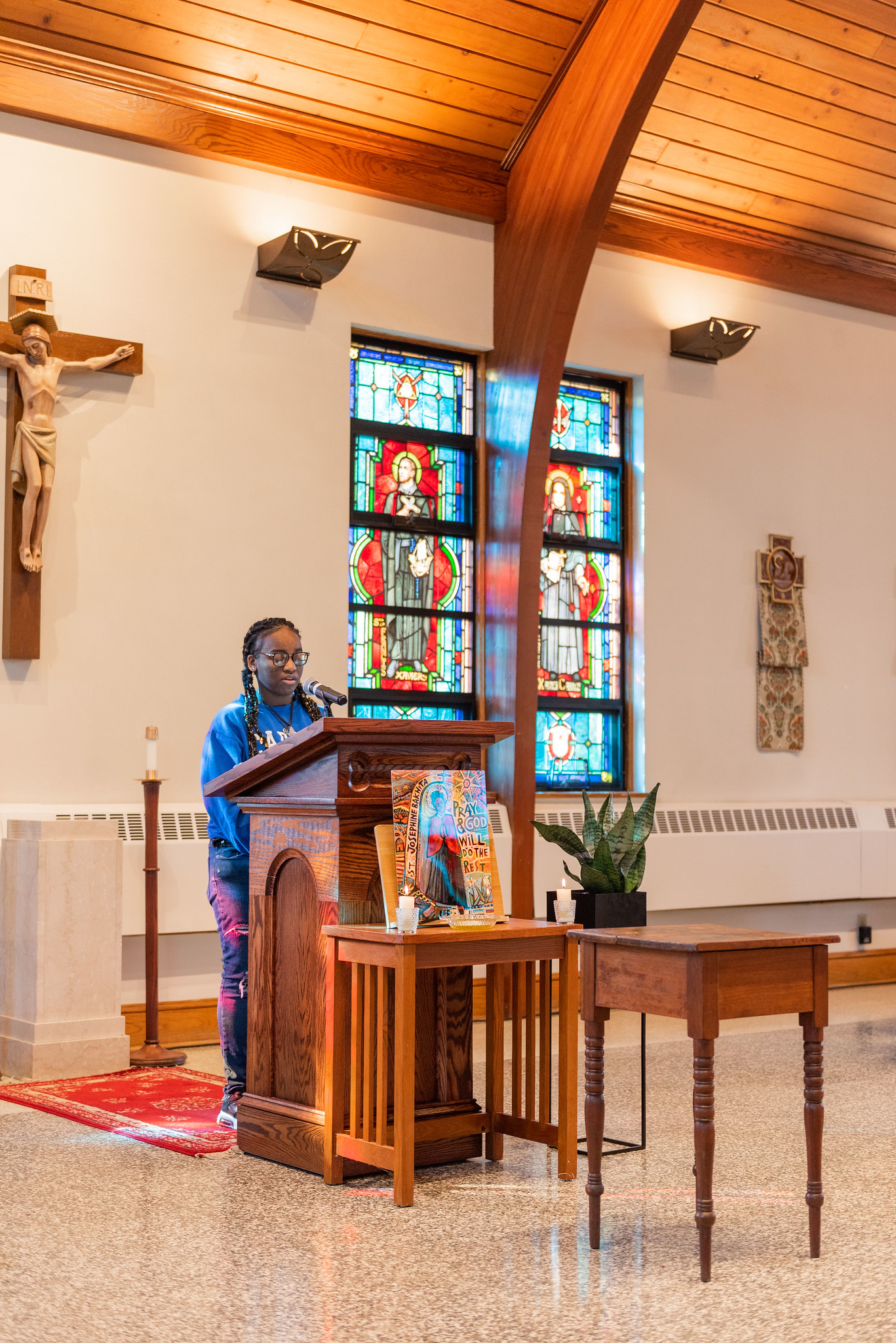 A table built two centuries ago and brought north to Pennsylvania on the Underground Railroad has found a new home and tradition at Cabrini University. An heirloom of the Catlin family, who escaped slavery in the 1830s, the small table was dedicated during a ceremony hosted by the Office of Diversity, Equity, Inclusion, and Belonging (ODEIB) in partnership with Campus Ministry on Tuesday, February 8, at the Bruckmann Memorial Chapel of St. Joseph.

“It’s not just a table—it is history,” said Armani Parker (ʼ23), President, Black Student Union, during the ceremony. “It represents what our ancestors went through to keep even the smallest possession.”

The table belonged to Vachel Catlin, who settled with his family south of Pittsburgh and opened a barbershop. His two sons fought in the Civil War and also became barbers, a trade that would remain in the family for generations. Before arriving at Cabrini in 2021 thanks to the work of University Chaplain Fr. David Driesch, O.Praem, the table has passed through the hands of not only history-making barbers, but also Black veterans and Bethel AME Church members.

The dedication ceremony included a history of the Underground Railroad and its local ties, a ritual anointment of the table, and a stirring performance of two Negro Spirituals by Perry Brisbon, Vocal Instructor and Choir Director.

“There’s no composer who can claim the Spirituals,” Brisbon said before booming, a capella performances of “A City Called Heaven” and “Witness.” “They are as organic as the soil.” 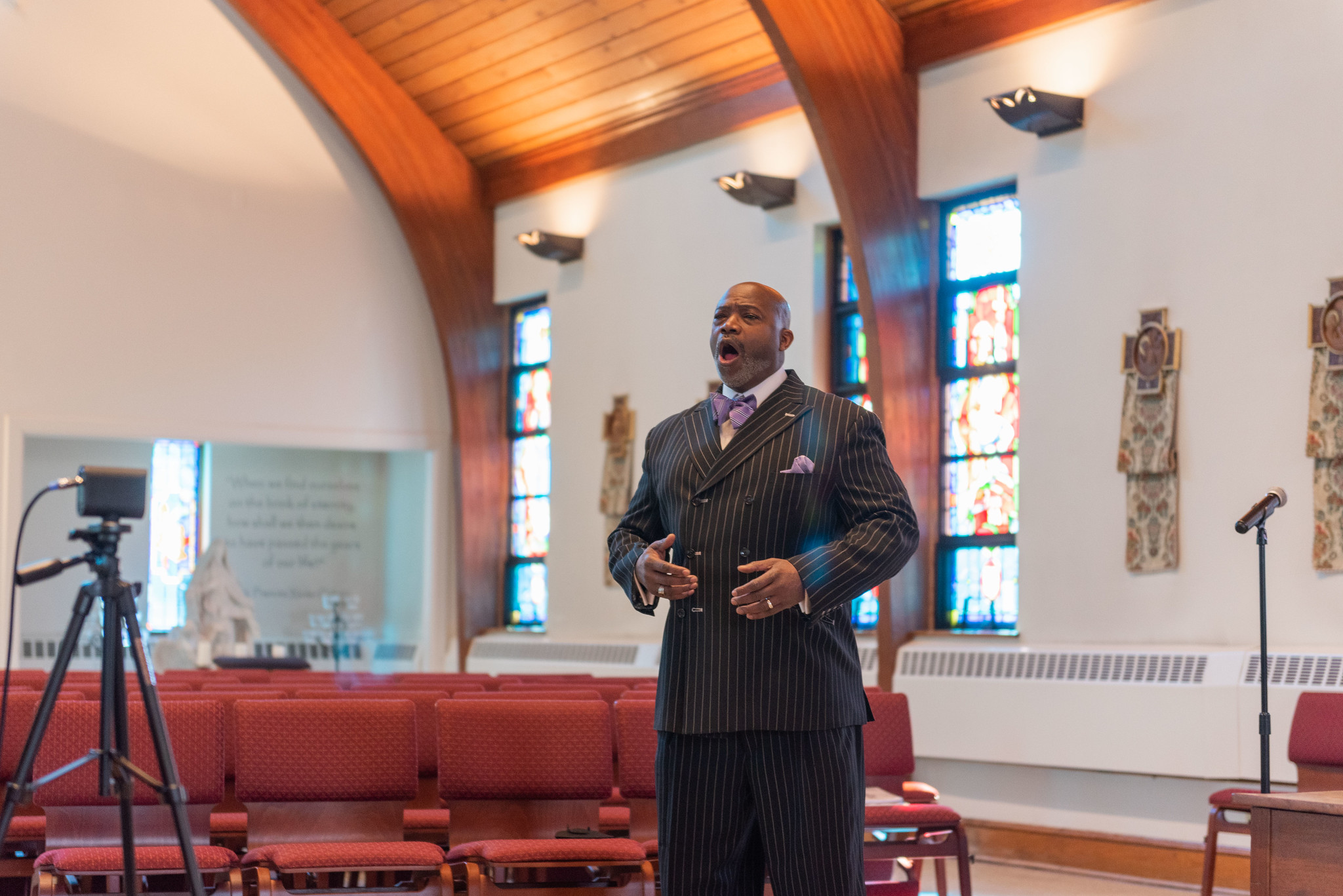 Lailah Dunbar, Director, ODEIB, led the anointment ceremony, performing an African libation ritual in which water was poured out “to pay respect to our ancestors.”

“We are because they were,” said Dunbar before each pouring. In addition to honoring ancient Africans, those who endured slavery and Jim Crow, and contemporary civil rights activists, Dunbar also honored Saint Josephine Bahkita, a former slave from Sudan whose Feast Day is celebrated February 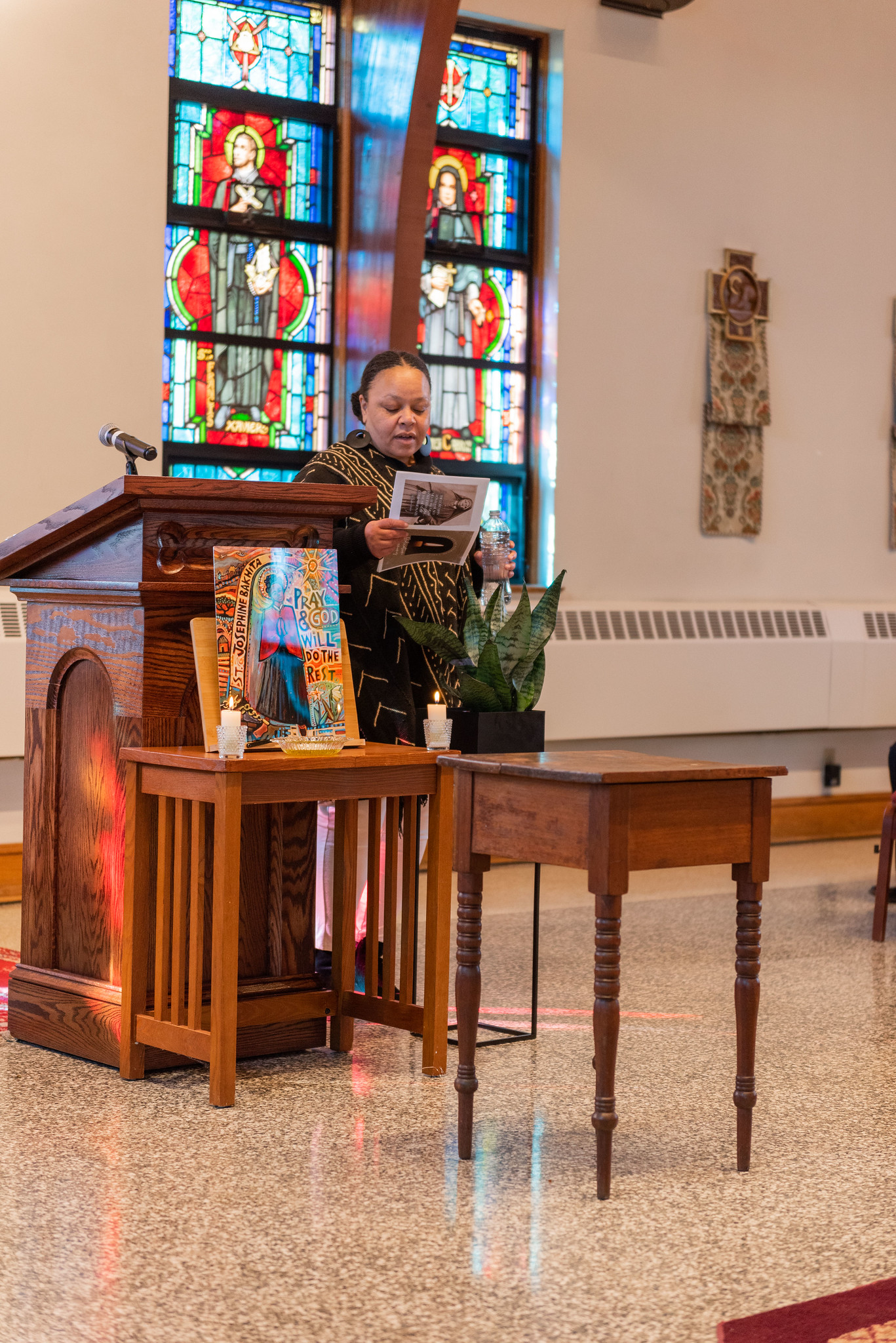 ODEIB also announced a new Cabrini tradition during the ceremony: the Catlin family table will move around to different offices and common spaces on campus, displayed on an ongoing basis for all to see and reflect upon.

Dunbar said she hopes students, faculty, and staff who encounter the table on campus stop to reflect on its history and shared humanity.

“I hope they can look at that artifact and see the connection that they have to it, and the connection that all of humanity has to that table,” she said. “The table symbolizes freedom…the journey of liberation…and the brotherhood and sisterhood that we all share with one another.”