Over the course of his 20 years on campus, few people in the Cabrini community have played as many roles in as many different departments as Saleem Brown (’04, MSʼ13). At a time when virtual interactions have become commonplace, Brown remains an engaging, people-first champion of Cabrini and its mission.

“If there has ever been anyone born to work at Cabrini University, it would be Saleem Brown,” said Thomas P. Nerney (’77, HON’15), mentor to Brown and founder of Cabrini’s Nerney Leadership Institute. “Saleem is one of our proudest alums who carries energy, enthusiasm, and passion for the students and the entire community at Cabrini.”

Brown channels that energy in his new role, working to forge partnerships with local businesses, non-profits, and other leaders in the region with the aim of creating both mentorship and internship opportunities for Cabrini students, in addition to fundraising.

“I want to build partnerships that will not only strengthen our institution, but also strengthen anyone else who we connect with,” said Brown.

Brown aims to share the Cabrini story far and wide, and there is perhaps no one better equipped to tell it.

He transferred to Cabrini in 2001, joining the Men’s Basketball team for three seasons before graduating with a Bachelor’s in Business Administration in 2004. In the 17 years since, the former point guard and student ambassador has never worked anywhere but on this campus. He served nearly 12 years in Admissions, spent 11 years as Assistant Men’s Basketball Coach, and taught sports marketing classes.

A major component of that upbringing was through athletics. As a Cavaliers basketball player, Brown was what Men’s Lacrosse Head Coach Steve Colfer calls a “glue guy.” 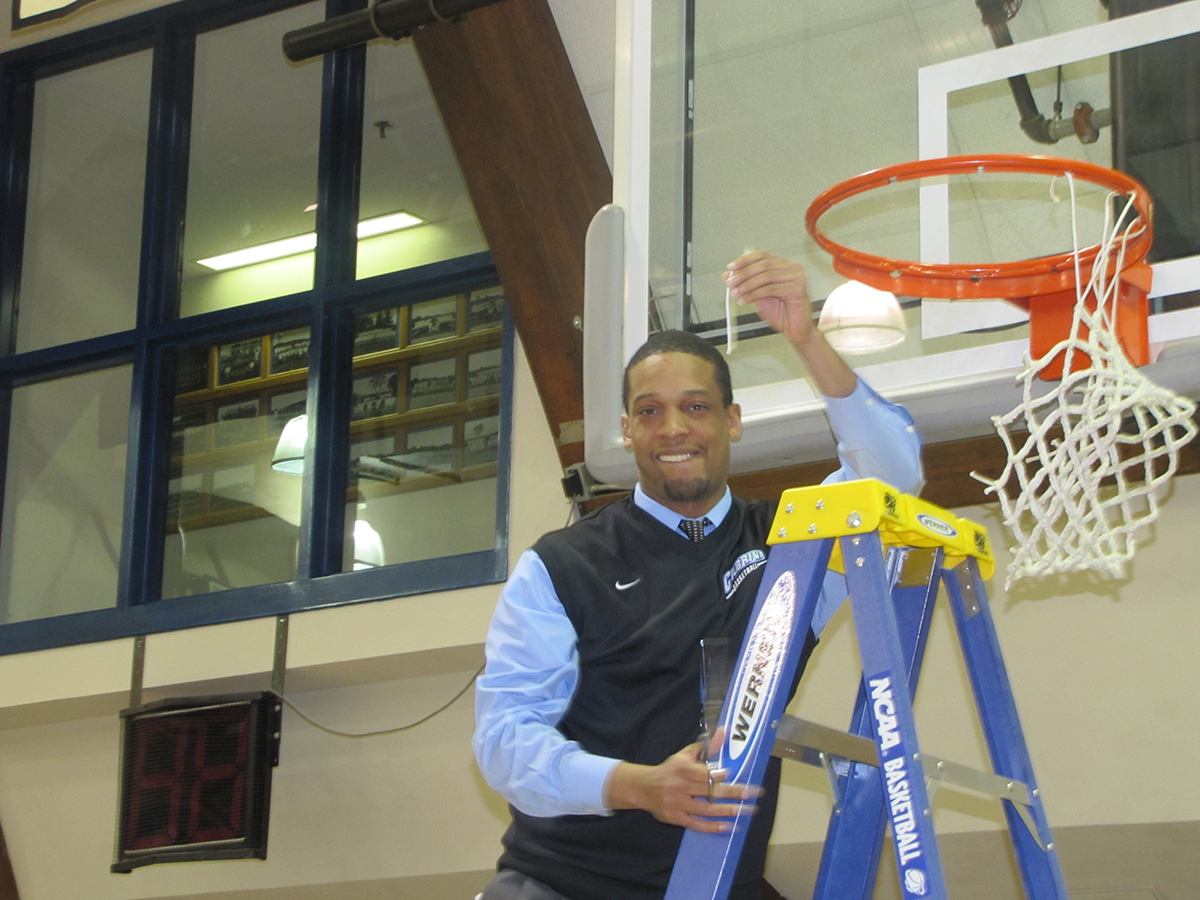 “Every team in every sport needs glue guys—guys who are going to keep the team together,” said Colfer, who worked in Admissions with Brown before coaching Cabrini Men’s Lacrosse to an NCAA Division III National Championship in 2019. “That’s kind of what Saleem’s role was. He was one of those really solid guys you could count on.”

Whether it’s about coaching, students, professional life, or fantasy football, Colfer and Brown have maintained a vibrant and honest relationship throughout their Cabrini careers.

“The beauty of Saleem is that he’s exactly who he was 20 years ago,” Colfer said. “He’s genuine. He’s still the same kid I met 20 years ago in the Admissions Office, laughing and enjoying life. We’re very fortunate to have retained him at this University for as long as we have.”

Prior to his current role in IA, Brown was Associate Director of First-Year Experience within the Center for Student Success. As a first-generation college student from Chester, PA, Brown said he wanted to make sure each incoming student was comfortable coming to him for support.

“I know the difficulties of coming to a new environment and needing to adapt,” he said. “My motto is, ‘A closed mouth don’t get fed.’ Stop me on campus and ask me questions. If you’re down, how can I pick you up? Because I know you’ll pick me up on a day that I’m down.”

According to Colfer, that latter situation is unlikely to happen.

The smile he brings into just about every conversation might not have changed much over time, but Brown has continually sought to improve his skills and contributions to the University.

Nerney, who is also an alumnus of the Cabrini basketball program, said: “I have had the opportunity to spend many visits with Saleem over the years, and every one of them has had the same themes: ‘What can I, Saleem, do to get better and be better down the road?’”

Looking ahead, Brown said he is eager to continue sharing the Cabrini experience with the external community, including in Harrisburg, where he plans to make inroads with state lawmakers and other political influencers.

“I want a world where everyone is friendly and has a fair chance to be successful,” he said.

When old neighbors see what Brown has accomplished since leaving Chester, he said they ask with amazement, “How did you do that?”

“I want a world where they say, ‘I knew you were going to do that.’ I want that kind of opportunity to be afforded to the next generation.”