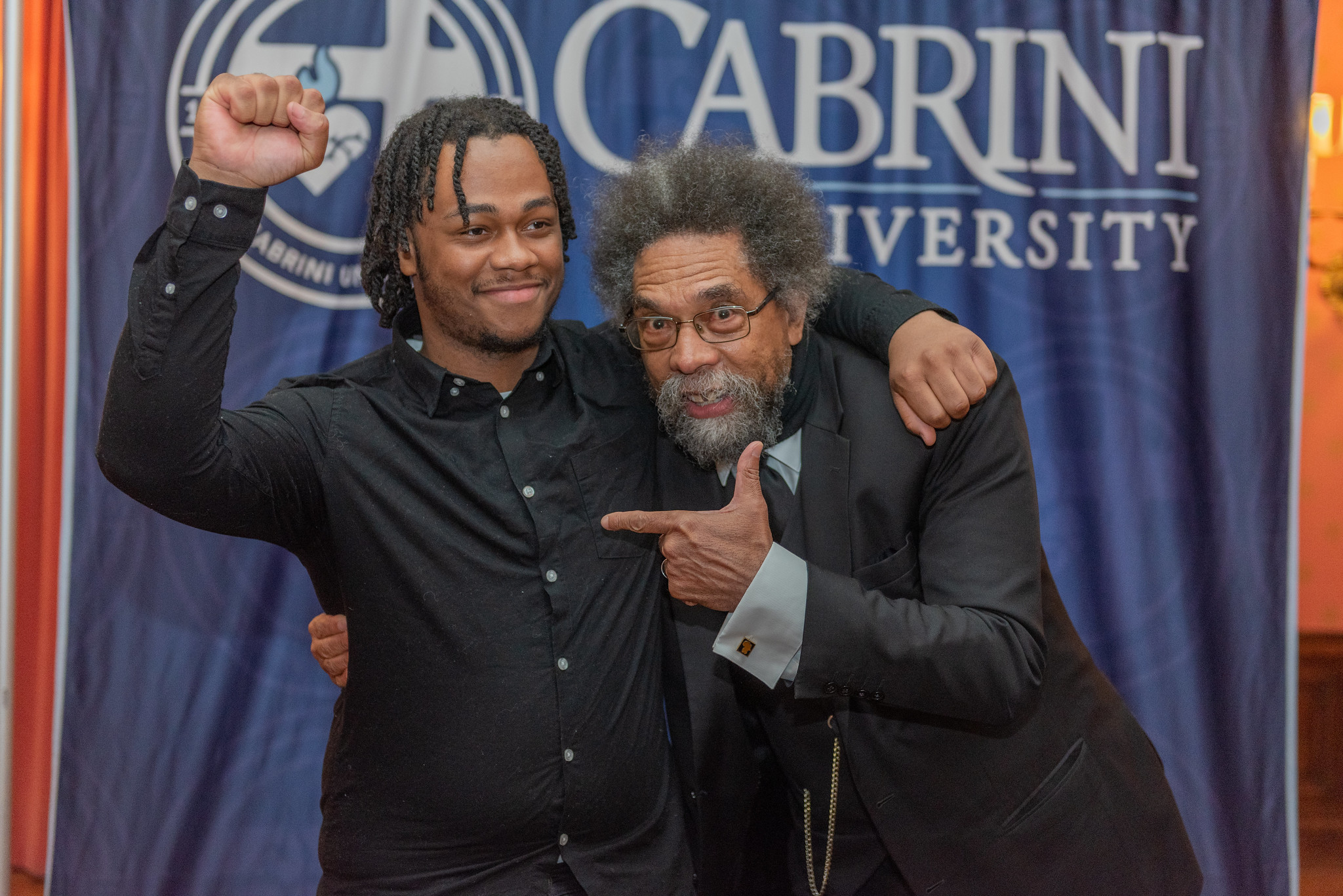 Cornel West, PhD, provided a living example of “prophetic leadership” during Cabrini’s annual Shirley Dixon Celebration of Urban Education Symposium on Thursday, April 28, as the political philosopher and cultural icon delivered a fiery keynote address exploring the power of love, the destruction of greed, and the influence of the Black intellectual tradition. 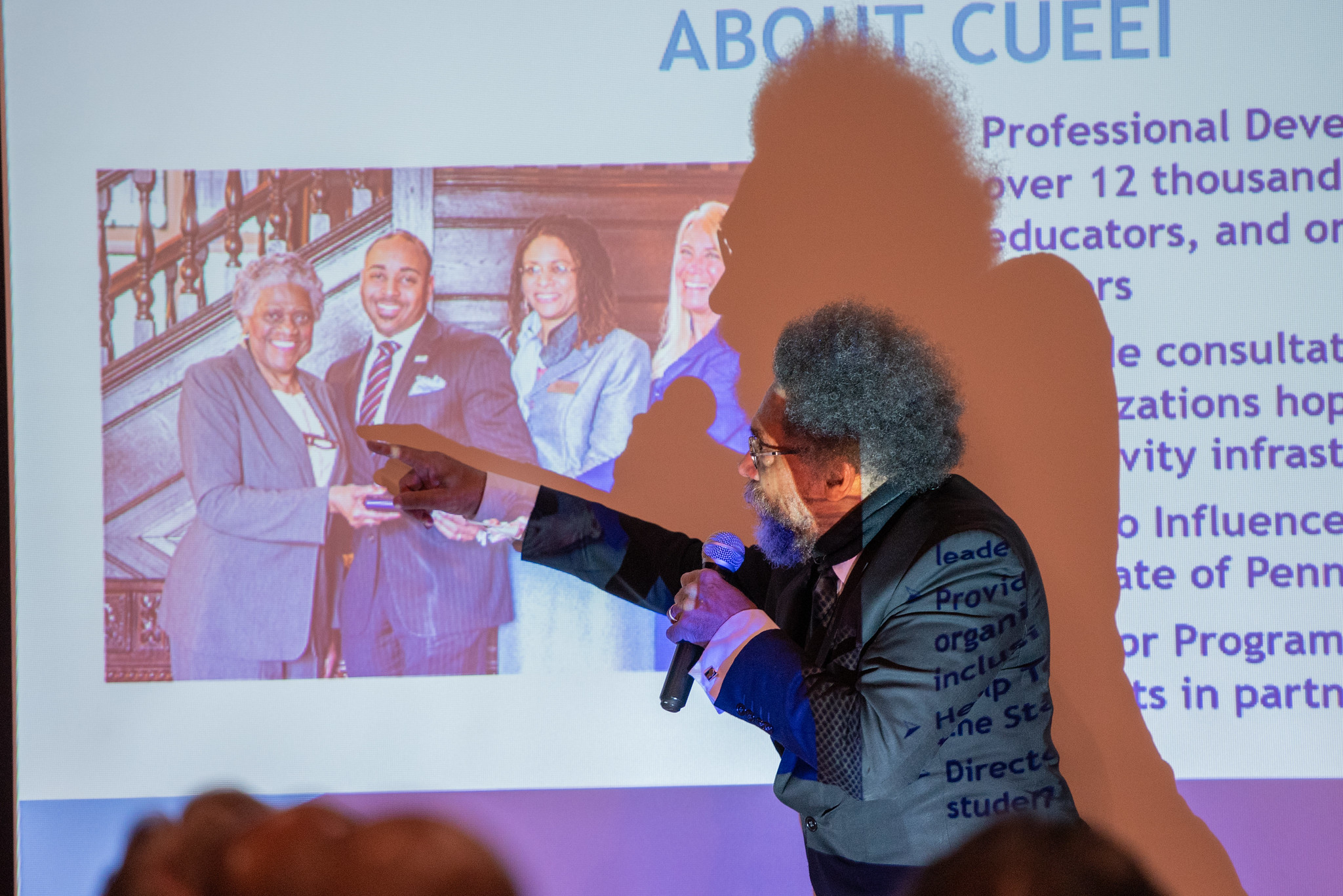 “I am so profoundly humbled to even mention the name of Dr. Shirley Dixon,” said West, pointing to Dixon’s family in the audience as he began his remarks. “I do not speak without acknowledging the fact that I am who I am because somebody loved me. I situate and locate myself alongside Dr. Sister Shirley Dixon and the others, because without their outpouring of love and courage and vision and action, I don’t exist; you don’t exist. You are who you are because somebody loved you, too.”

West’s vision for education sees the intentional cultivation of a vocational calling rather than the manufacturing of a personal brand in the narrow pursuit of success and acclaim.

“Education is not a brand,” he said. “It’s something you’re willing to wrestle with, something you can emerge from with an integrity, and an honesty, and a decency and a critical sensibility so that you can be a force for good before you become the culinary delight of terrestrial worms. That’s the tradition I’m talking about that Sister Shirley [Dixon] comes from.”

West likened Dixon to a “wave in a mighty ocean” of influential Black luminaries, from activists like Martin Luther King, Jr. and Malcolm X, to cultural geniuses like Toni Morrison and John Coltrane.

“They’re not just entertainers,” he continued. “They’re people who examined the dark corners of their own soul and transfigured their wounds and bruises in such a way that they still expressed a joy and a love that touched the humanity of other people.”

Students must learn from their ancestors who blazed new trails of opportunity and adapt to the current struggle without imitating or emulating them, West said. 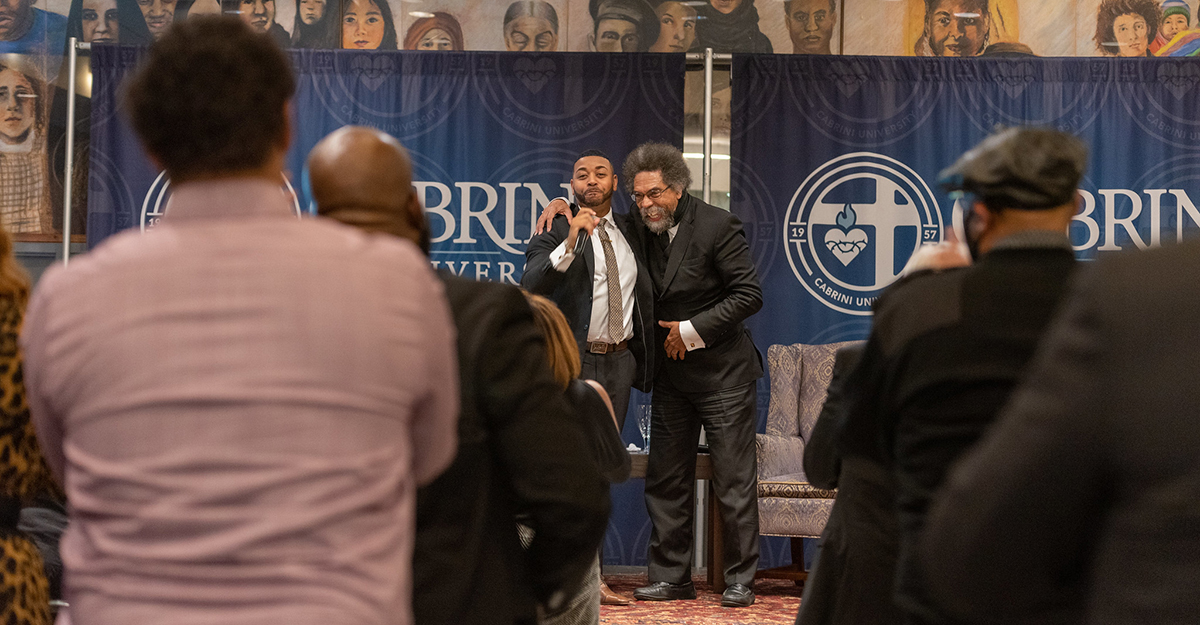 In addition to wealth inequality and widespread financial corruption, West lamented the spiritual decline of the United States, calling the present day “one of the grimmest moments in the history of the American empire.”

“Once you’re at that level of spiritual decay and decline, and emptiness, the gangsters take over,” he said. “That’s what neo-fascism is. That’s where we are now and we want to be honest and candid about that. That’s why what’s going on here with this Center [CUEEI] is a light, a flickering strong candle against the backdrop of a grimness and a darkness.”

West continued, “The challenge of our dear Sister Cabrini is how do we become countervailing forces against the organized greed and institutionalized hatred and routinized fear and hypocrisy? It’s a very difficult thing to do because we live in a market culture now where people are just obsessed with spectacle and status and celebrity and money.”

Quoting his grandmother, West passed along generational wisdom to the students in attendance: “Peacocks strut because they can’t fly,” he said. “You’ve got to soar like an eagle.”