In Its New Home, the Cabrini Cupboard is Serving More Students than Ever

The Cabrini Cupboard, the University’s on-campus food pantry, will offer an expanded variety of fresh food and accessories this year in an effort to serve students across the food insecurity spectrum.

Recently relocated to the Wolfington Center inside Founder’s Hall, the reimagined Cupboard has been open all summer, offering students fresh vegetables, meats, and dairy products, as well as toiletries and other accessories. Angela N. Campbell, PhD, Vice President, Mission, Diversity, Equity, Inclusion, Belonging, and Student Engagement (MDaS), said the aim was to create the feel of a market inside the Cupboard—a vision that has been realized through partnerships the Wolfington Center and Campus Ministry forged with local farms and community organizations.

“This is a reimagining of how the pantry could really meet the needs of students who are experiencing food insecurity while upholding their dignity,” Campbell said. “The goal is for it to look a little more like a market where the space invites students to choose from a variety of fresh fruits, meats, and vegetables.”

Through this work, Cabrini became a Pennsylvania Hunger-Free Campus in August, an initiative spearheaded by the PA Department of Education and the Office of the First Lady.

The revamped Cupboard is not intended to compete with or replace student dining plans, but the pantry will serve more students this year—including students who may not have traditionally qualified as food insecure. In the past, the pantry was only available to commuter students who did not have meal plans.

“People who have meal plans on our campus can still be food insecure because they have different dietary needs — some are vegan or have cultural diets,” said Amber Berkheimer (ʼ23), a Criminology and Sociology double-major.

Berkheimer works to alleviate food insecurity on campus through the Pierce Scholars Program, a scholarship initiative through the Leo and Peggy Pierce Family Foundation which seeks to prevent and end hunger in the Philadelphia region and beyond.

The Pierce Scholars “centered our work on reducing stigma and making it easy” for students in need, Berkheimer said, raising awareness of the pantry on campus and making it more accessible by creating an online intake form*.

“I think there’s a big stigma around people who ask for help,” Berkheimer said. “If we lift more people up when they do ask, then less people will be afraid to ask for help.”

Ray Ward, PhD, Director, Cabrini’s Wolfington Center through which students engage in service work with the Cupboard and much more, said that the Pierce Foundation enables some of Cabrini’s “brightest and most civically minded students” to “pursue innovative approaches to ending hunger and food insecurity in our own communities.”

“Hunger and food insecurity are best addressed in partnership with those who understand it first-hand, and we have seen that some of our most powerful advocates in this fight have been students working out of their own struggles with obtaining good meals,” said Ward.

The Wolfington Center has partnered with Martha’s Choice Marketplace, a food pantry in Norristown, bringing in fresher, healthier foods than standard grab-and-go snacks and microwave meals. Increased refrigeration capacity has also brought in a wider variety of foods, such as meats and dairy. Cabrini students volunteered at Martha’s Choice Community Farm in Audubon (which helps supply the pantry at Martha’s Choice Marketplace) this spring as part of an alternative spring break trip organized by former Campus Ministry Director, Guilherme “G” Lopes, who also played an integral role in expanding the food donation pipeline for the Cupboard earlier this summer. 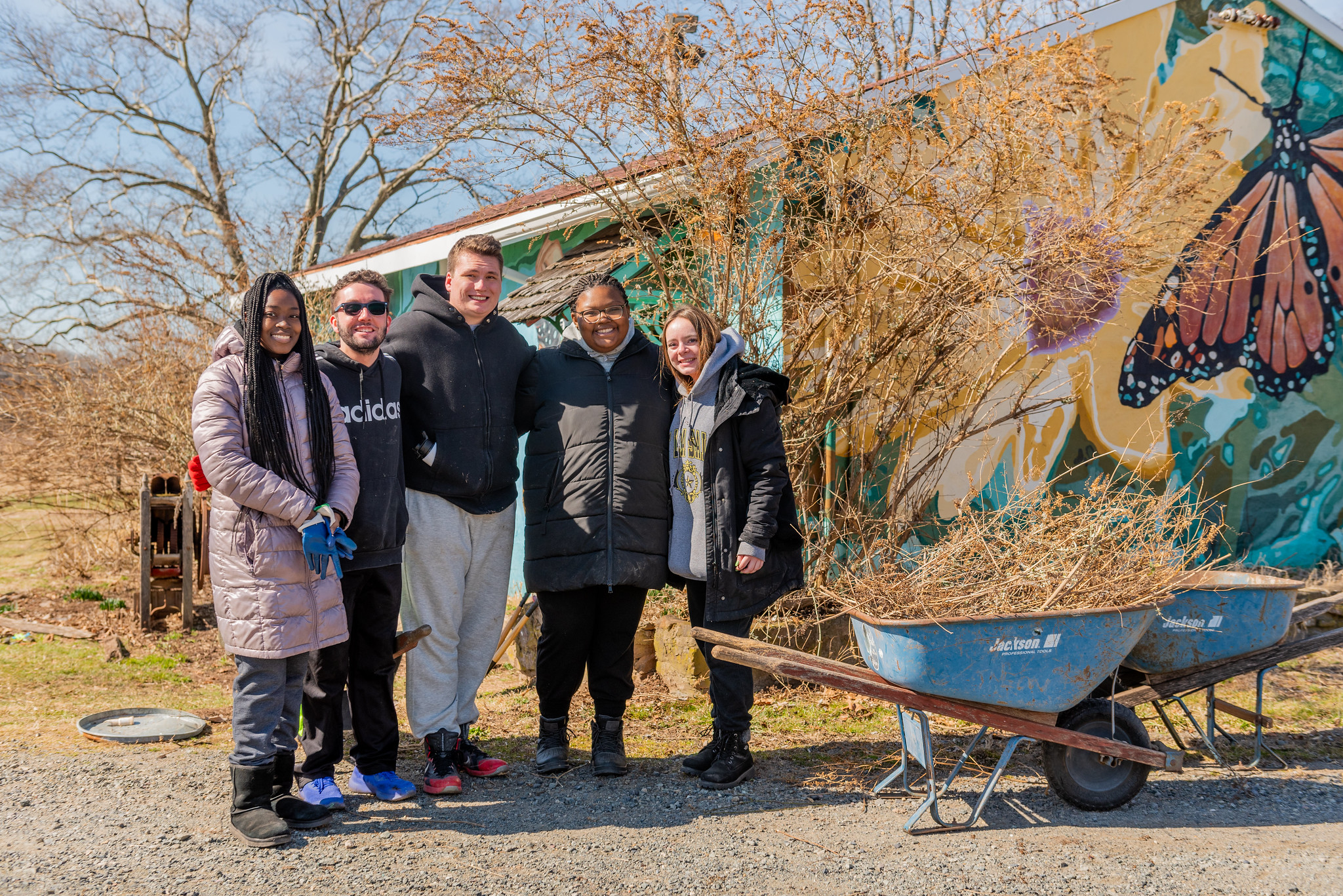 Hannah Leifheit, Food Pantry Manager at Martha’s Choice, said the aim of the project is not simply to provide food to those who visit the pantry.

“It’s not just that we’re a pantry, we’re a place that tries to foster community through access to healthy food,” she said. “We do that with our community members who come through, and we do that with organizations like Cabrini — and then there is this great ripple effect. If we can just be humans toward each other, that’s how we help people on a deeper level.”

Using data from the summer and fall semesters, Leifheit and the Cabrini volunteers at the Cupboard can “really quantify what a small ecosystem of students needs and how can we better serve them,” she said.

The Cabrini Cupboard receives two shipments of food monthly from Martha’s Choice and has also seen great support in the past two academic years from the Pincus Family Foundation. More food and accessories are donated each year from the Cavalier community at large, including faculty, staff, and alumni.

Plans are also in the works to develop recipe guides and cooking classes for students who want to learn more about taking action to maintain a healthy, sustainable diet.

“I really think it [the Cupboard] is going to uphold that idea of the dignity of human life,” said Berkheimer. “This new component with refrigeration and the ability to offer fresh food, it will empower people to take hold of what they want and what they need for their diet.”

*Note: Students can approach the cupboard in any time of need. Those using it for the first time can also scan a QR code which directs them to an online check-in form.