Cabrini’s Visionaries Gala gathered alumni, students, faculty, staff, trustees, and other friends of Cabrini for a celebration commemorating 65 years of the Education of the Heart on Friday, March 11, at Pomme in Radnor.

View Photos from the Gala

“Through the 65 years, we’ve had our beautiful campus and other constants: The Missionary Sisters, the caring faculty, and service to others through our mission,” said Steve Highsmith (ʼ88), Vice President of Institutional Advancement, during the Gala’s opening remarks. “And, we’ve had an expanding alumni base, all making the future possible.” 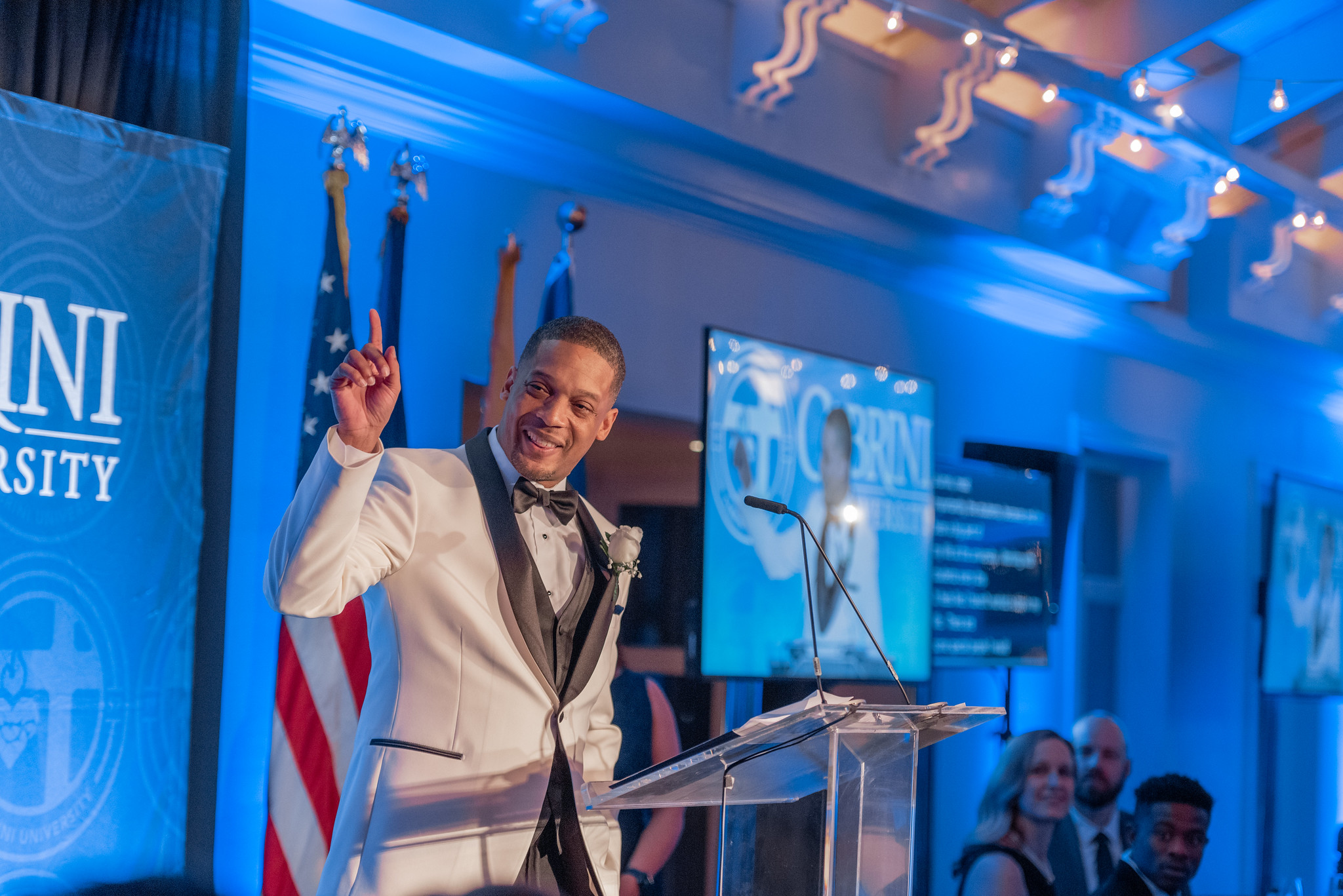 Emceed by Highsmith and Jana Tidwell (ʼ96), Adjunct, Communication, the program, which is in its seventh year, served to honor some of Cabrini’s most influential alumni, faculty, trustees, and partner organizations, while sponsoring the success of future students at the University. 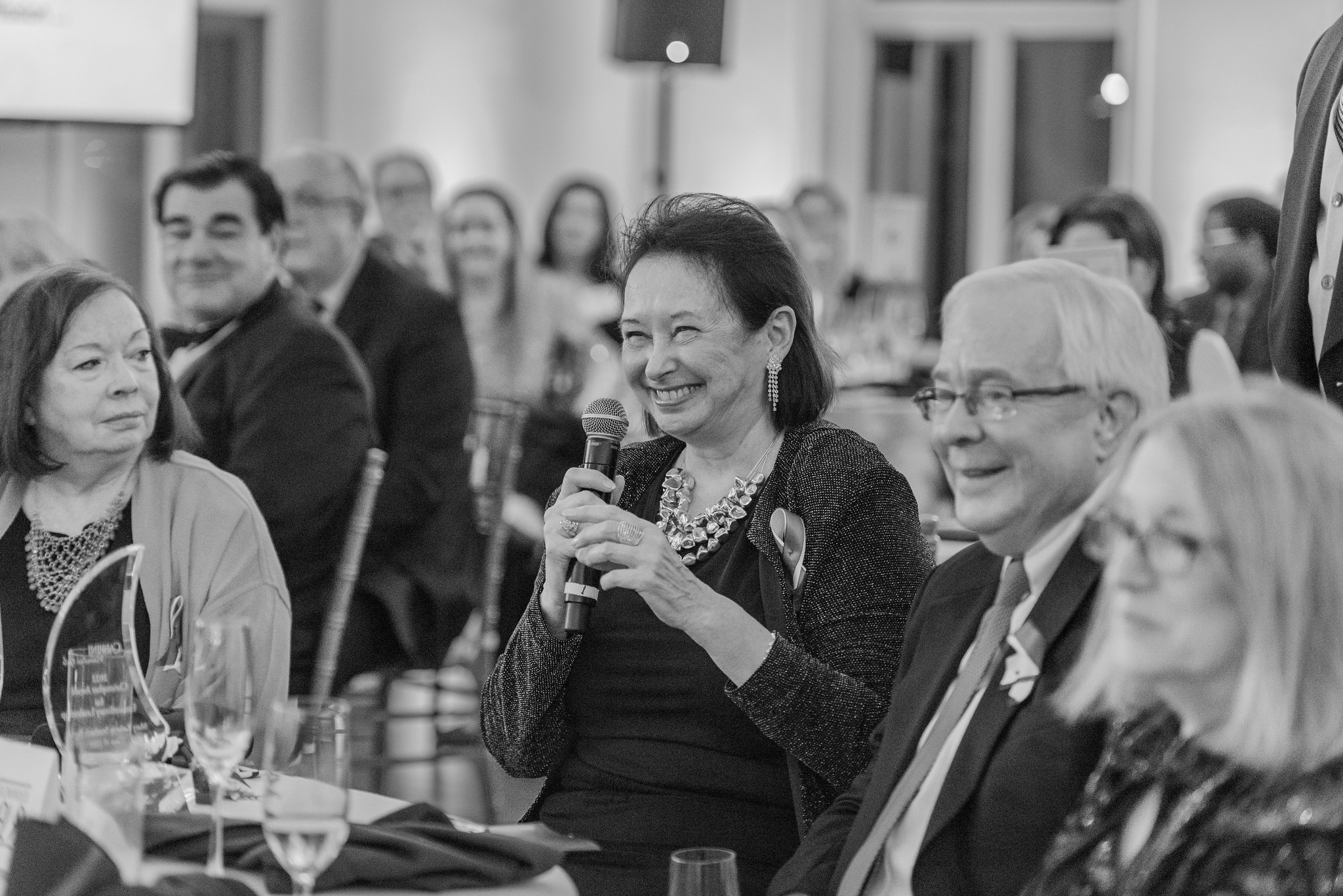 “This evening’s deserving award winners are perfect examples of how the Cabrini mission can affect change in the world,” said Amy Lambert, Chair, Board of Trustees. “I’m inspired by what they have accomplished and how they have given back to their communities and to the University. Congratulations to them all!”

President Donald Taylor, PhD, echoed those words as he spoke about the evening’s award winners, “who have risen to the challenges in their own lives and have made a difference in the lives of students, immigrants, constituents, and those who face health crises.”

Nune Grigoryan, PhD, Assistant Professor, Communication, and Interim Director of The Center on Immigration, accepted the Christopher Award on behalf of the Center. 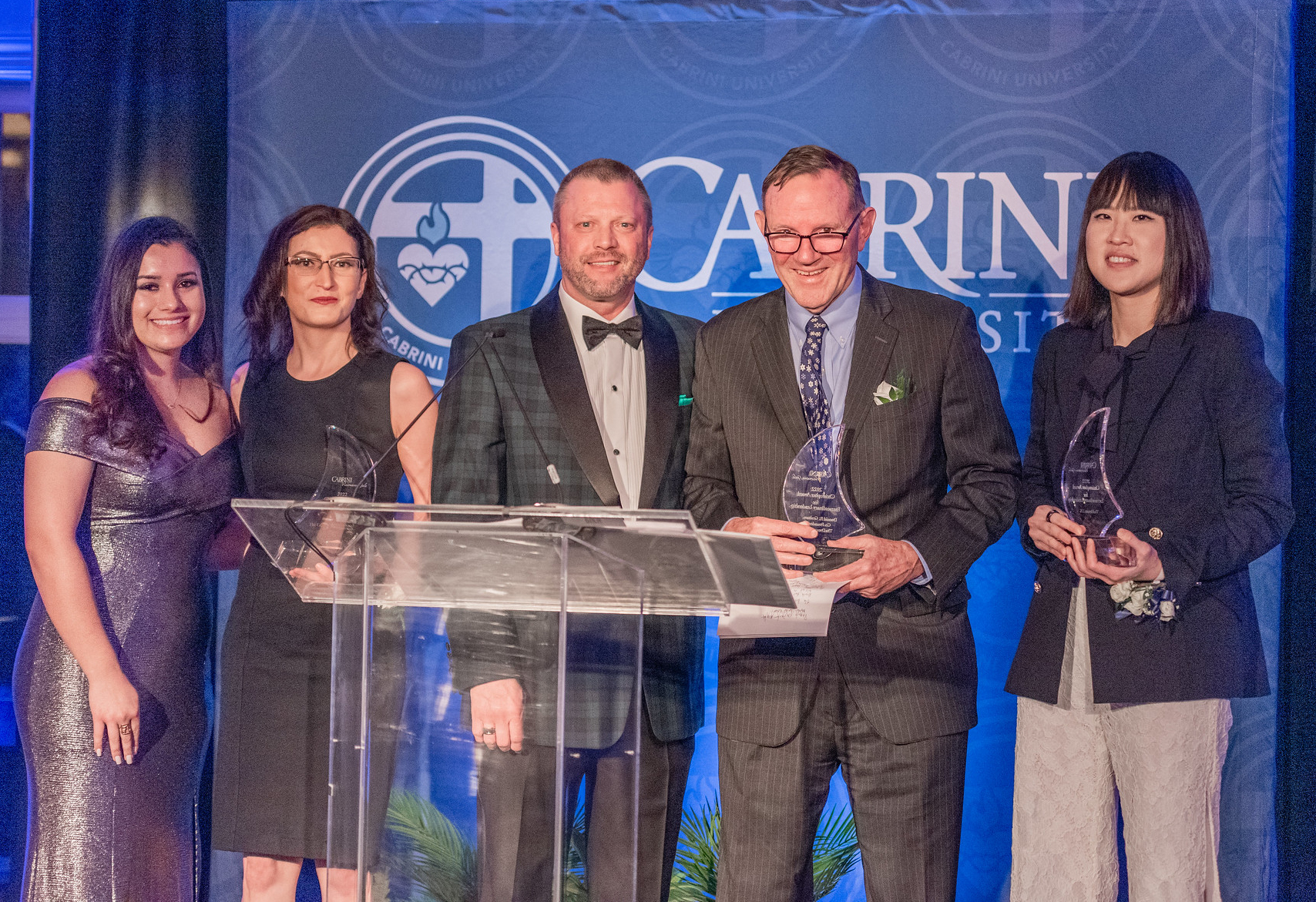 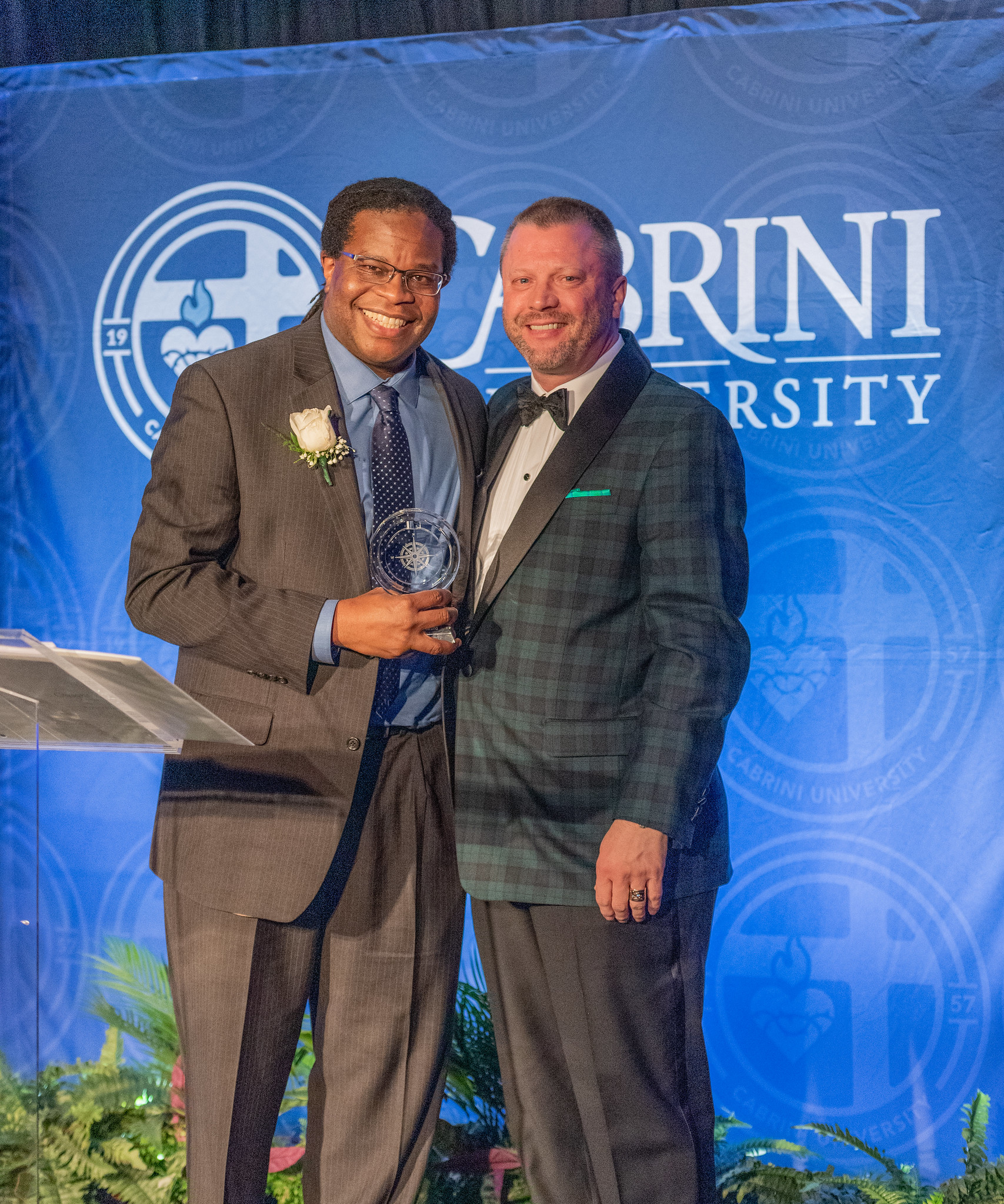 “I didn’t want my status to define me,” said De Oliveira, who graduated before TheDream.US partnered with Cabrini. “When I walked across that stage in May of 2020, I was not only representing my family, but also a generation of DREAMers coming after me. Luckily for students today, there is TheDream.US that helps bridge some of the gaps—which is why this program is so important.”

As a special surprise, President Taylor and his wife, Lechia, were asked to come to the podium for a presentation, after which all attendees raised a glass as a toast to the couple, as they leave Cabrini this spring. They were thanked for their service to Cabrini over the past eight years.

Presenting sponsors for the Visionaries Gala included: Collegis Education, and the Missionary Sisters of the Sacred Heart of Jesus, Guadalupe Province. The Cabrini Mission Foundation, and The Haverford Trust Company served as the event’s Presidential sponsors. Additional sponsors included Jamie (’84) and Philip Prince, CSI, as well as Joel (’89) and KellyAnn Zazyczny.