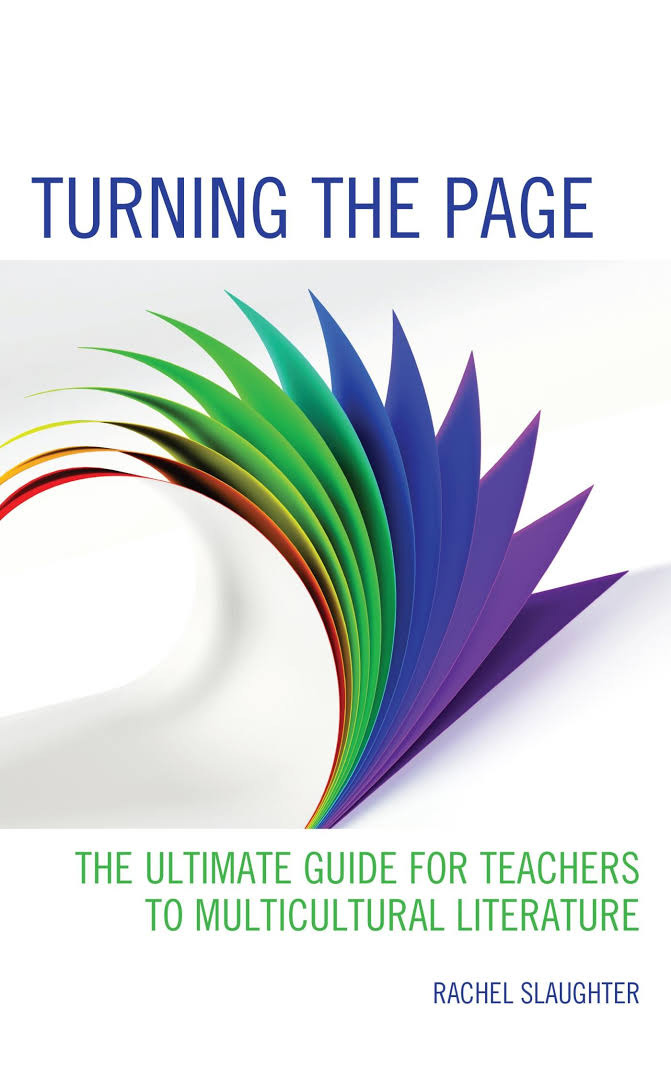 A new book by Rachel Slaughter (ʼ89), EdD, aims to help teachers curate inclusive literature that reflects the increasingly diverse, multicultural makeup of American classrooms. Slaughter, a Cabrini Trustee since August 2020, said the book, Turning the Page: The Ultimate Guide for Teachers to Multicultural Literature, was inspired by the experiences of students of color who have reported feeling “loneliness and invisibility” in schools where multiculturalism is absent in the curriculum.

“In these racially turbulent times, multicultural literature is a perfect academic vehicle to learn about race, racism, and cultural tolerance,” said Slaughter, a Yeadon, PA, native who serves as a learning specialist at Friends’ Central School in Wynnewood, PA.

The book centers upon a peer-reviewed rubric that helps educators—particularly pre-service teachers studying to teach in secondary schools as well as in higher education—evaluate and choose multicultural literature that “celebrates, respects, and recognizes multiculturalism,” Slaughter said.

“There are books about people of color that don’t respect people of color and should not be in the classroom,” she said, citing Bud, Not Buddy, a 1999 novel by Christopher Paul Curtis, as an example of a text that celebrates Black culture without leaning on stereotypes.. “My book teaches educators how to know the difference.”

Ronald W. Whitaker II, PhD, Assistant Professor and Assistant Dean, School of Education, who contributed an essay to Slaughter’s book, said, “Dr. Slaughter’s book pushes teachers and educational leaders to value representation in our teaching and curriculum development. Multicultural literature and books help students to gain a better understanding, appreciation, and pride of their own culture, while also celebrating and valuing the cultures of others.”

Growing up in Delaware County, Slaughter said that although she was one of a few African American students in her class, her school was otherwise culturally diverse with students of Greek, Irish, and Italian heritages.

“From first through eighth grade … you would have thought that teachers would have found books that celebrated our heritages,” she said. “But, that never happened. I felt like my teachers missed that opportunity.

Slaughter said she sought to change this landscape herself shortly after graduating from Cabrini in 1989, when, “The [publishing] industry was still lacking in protagonists of color.” In 1994, she authored Roxie’s Mirage, a novel about a group of teenagers navigating life in North Philadelphia. Slaughter went on to teach in West Philadelphia while offering one-on-one tutoring and writing services. In 2008, she created the Salt and Light Learning Institute, an after-school program and summer camp in Lansdowne, PA, helping primary school children with reading skills and enrichment activities such as science experiments, art, and educational games.

In 2018, she published “Daddy, Read to Me,” a book that creates a reading relationship between African American men and their sons. Slaughter’s latest, “Turning the Page,” is a culmination of her work as an author, teacher, and mentor.

As a Cabrini student, Slaughter double-majored in English/Communication and English Secondary Education, while also serving as a reporter at the Loquitur and a member of the Black Student Union. She said she had formative experiences as a pre-service teacher in Cabrini’s Education program, teaching in Philadelphia, where the student population was predominantly African American, and then in the suburbs where it was mostly Caucasian.”

She said she was inspired by the teachings of Cabrini Communication faculty, including Jerry Zurek, PhD, Professor of Communication, who began teaching at Cabrini in 1971.

“These professors were aptly prepared to discuss white supremacy and racism and were well-researched, awesome scholars who taught us how to get along with another,” Slaughter said.

Zurek said Slaughter, who earned the Distinguished Achievement Alumni Award in 2000, has been, “A positive force to help the University live up to our mission.”

“From the time she was a student and Loquitur reporter, to when she was an instructor, to now as a member of the Board, she courageously speaks up to keep us all on track,” Zurek said. “I’m eager to learn her latest lessons on multiculturalism in her new book.”

As a Trustee, Slaughter said she aims to guide students as she was guided by Zurek, as well as the late Shirley Walker Dixon (’84, MEd’89, EdD’18), namesake of Cabrini’s Dixon Center for Urban Education, Equity, and Improvement.

“I hope that I serve as a mentor to students of color, especially those who want to give back to the University,” Slaughter said.

Slaughter’s book will be available on Monday, March 1.