Twenty-five Cabrini undergraduates working with the Wolfington Center are providing educational support for a cohort of middle and high school children from Norristown School District through a federal Gaining Early Awareness and Readiness for Undergraduate Programs (GEAR UP) grant awarded to the district. When coronavirus mitigation measures forced schools online, higher demand for bilingual learning support was matched by an increase in participation from Cabrini students wanting to help, said Ray Ward, PhD, Director of the Wolfington Center.

“A lot of them joined because they know what it’s like to need that help in those situations,” Ward said. 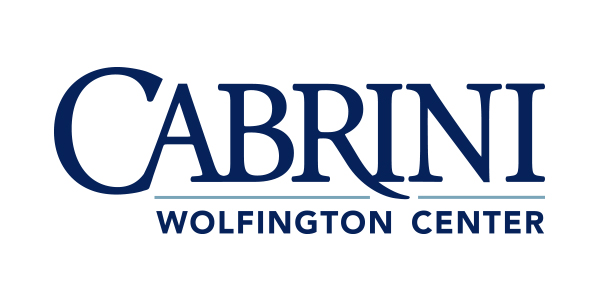 from nearby Norristown, where the population is over 27 percent Hispanic or Latino, according to 2019 census data, and many students have experienced language barriers to remote learning during the COVID-19 pandemic. The program extends the reach of the University’s ongoing Latinx Mentoring Program with Norristown School District, which has historically employed student mentors who were native English speakers studying and practicing Spanish.

Ward said the latest group of student mentors is a testament to the “changing face of Cabrini.”

“A lot more of the students are native speakers, who grew up in Spanish-speaking households,” he said. Some are also new immigrants.

Cabrini students are compensated for their time and efforts through GEAR UP, which also provides the Wolfington Center with an AmeriCorps Vista volunteer. Andres Burgos, a recent graduate of University of California-Riverside, serves as Cabrini’s AmeriCorp Vista volunteer and Latinx Mentoring Coordinator.

Burgos began working with Cabrini students in August 2020 and said he saw that they were helping Norristown’s Spanish-speaking teachers meet an increasing demand for support in Spanish.

“That’s where we come in,” said Burgos. “A lot of the time, [Norristown] students just want to have a conversation that is not with their family.”

Burgos may be new to the Cabrini community, but he said he was impressed working alongside Cavaliers.

“I’m amazed at the amount of students who come into the Wolfington Center and how dedicated they are to making change in their community,” he said. “They’ve experienced inequality themselves and want to make a change.”

The GEAR UP program through which Cabrini and Norristown School District are partnered is a seven-year program—currently in year three—intended to support a group of students as they progress through grades 6–12 and prepare for college. Ward looks forward to future programs that also “connect those families with resources in Norristown.”

“You have this growing Hispanic population there who doesn’t have access to these resources partly because of language and literacy barriers,” Ward said. “We should be working with them and figuring out ways to open up bridges for access.”