Stephen Grieco, DMA, Assistant Professor of Music, gave an overview of Cabrini’s Music Industry major and Music minor, before Jason Herrmann, Lecturer in the Music Department, explained the fundamentals of jazz to listeners who may have been new to the genre.

“One of the core essences of jazz is improvisation and spontaneity,” he said “Jazz really thrives on improvisation and interaction among the band members. That’s what makes it exciting for us to play. What you’re hearing today from our group and Nick’s group will never be heard anywhere ever again.” 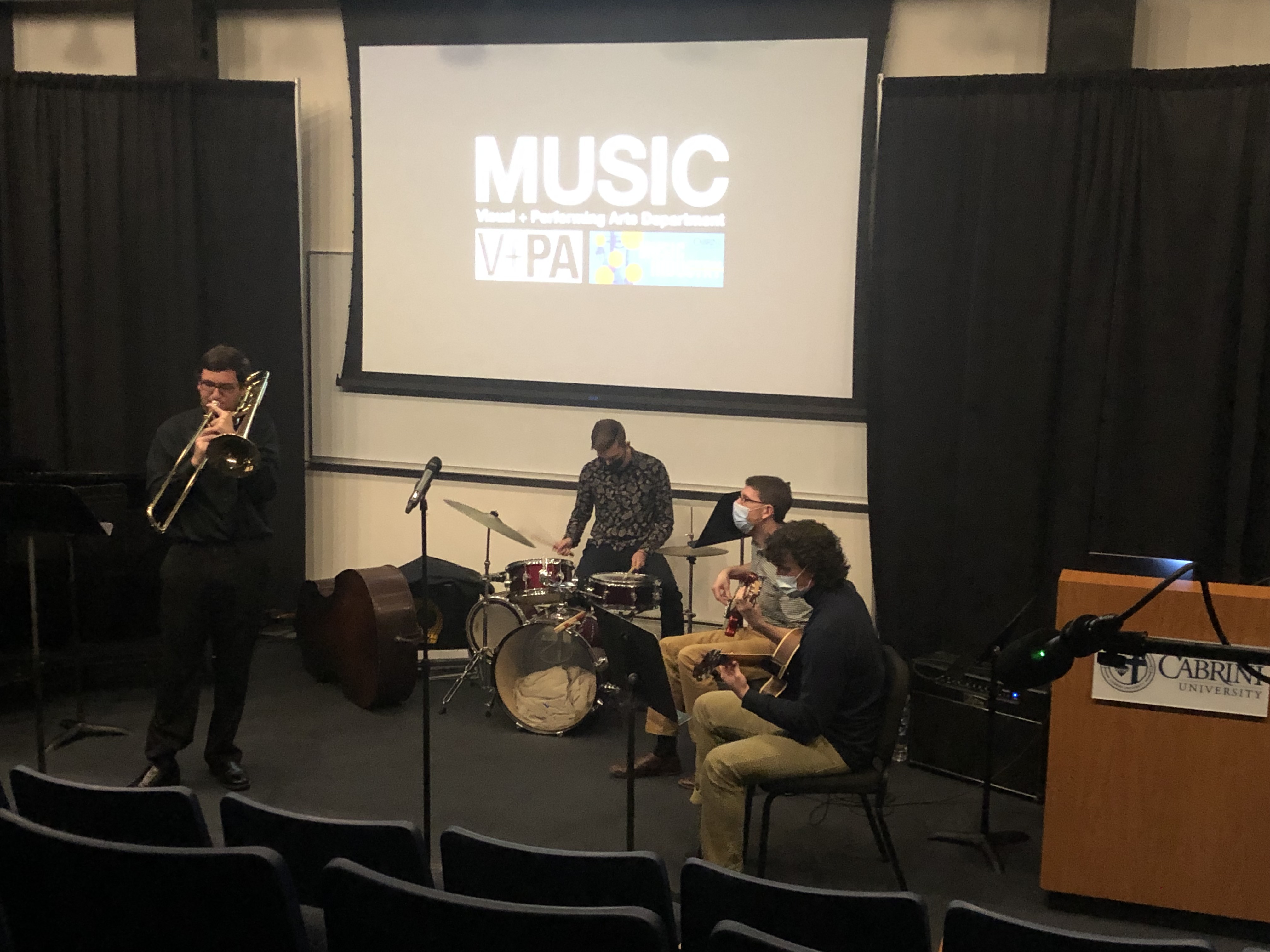 Cooper’s trombone took on the melodic roles of Davis’s trumpet and Coltrane’s saxophone, respectively, as the quartet took turns soloing over the song forms.

Following the performance, Krolak’s six-piece band took the stage for an exciting set of original music, building upon the elements of spontaneity and group collaboration established in the opening set.

Krolak spoke to the students in the audience in between tunes, explaining the various inspirations behind his songwriting process. Several students raised their hands when he asked if there were any songwriters in the crowd.

“[At first,] I found writing music to be intimidating and challenging,” Krolak said. “I thought people just hear symphonies in their heads, but I’ve never met anyone who writes that way.”

The bassist said he builds his compositions from small nuggets of inspiration. The set’s first song “Providence” was inspired by a 19th century speech that Krolak played along to on bass, attempting to match its cadence and energy.

After his band had played their final notes, Krolak left with some words of inspiration for aspiring musicians who may experience self-doubt or doubt from friends and family.

“I like to set an example that a life in music is possible,” he said. “[Music] is definitely not an easy business but it’s doable, and I think it’s important for students to see examples of that.”