Cabrini Honors Me Too Movement Founder

“We are here as a family to honor the service that both Ivy and Martha made to civic and public life,” said Crystal Anderson, PhD, Assistant Professor of Education and daughter-in-law of Martha Willis Dale, “and to, in turn, celebrate a woman who has made courageous, enduring contributions to public life today.” 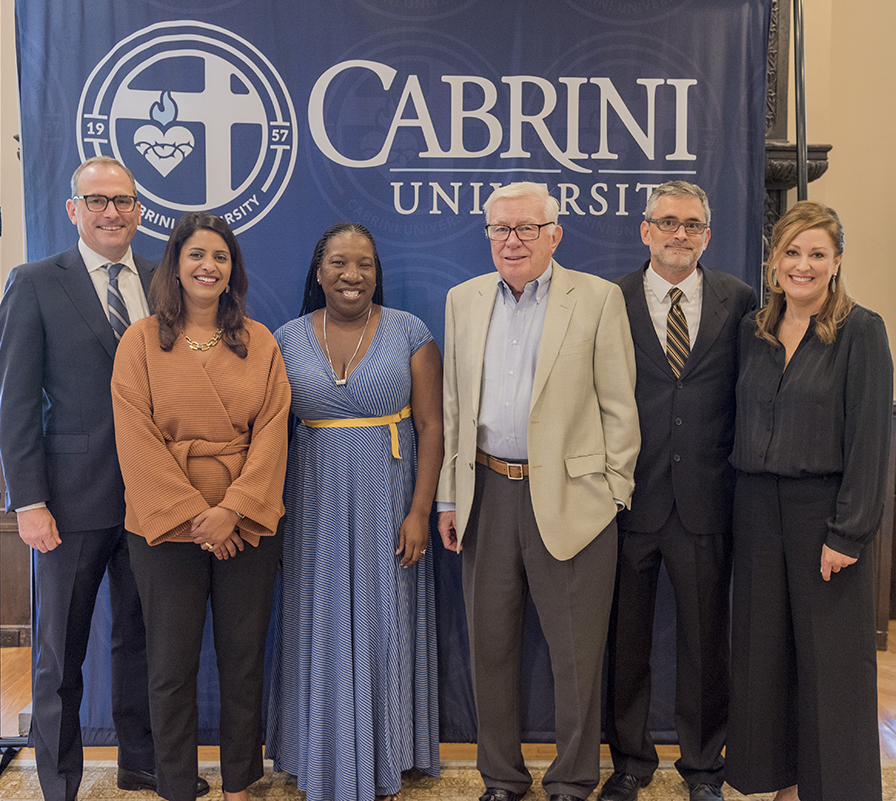 As a youth counselor nearly 25 years ago, Burke listened to a young teenager at a camp recount incidences of sexual violence. Still healing from her own encounters with sexual violence as a child, Burke sent her to another counselor, but acknowledged that what she really wanted to say was, “Me, too.”

Burke says the look in that camper’s eyes changed her life.

From that moment, Burke knew that she would spend her life trying to reduce the sexual violence and inequalities affecting marginalized people, especially black women and girls.

Burke has worked to stem the pervasive problem of domestic violence and empower its survivors by increasing resources and support for affected communities. According to the Centers for Disease Control and Prevention, in the United States, 1 in 4 women and 1 in 7 men will experience physical violence by their intimate partner at some point during their lifetimes, and about 1 in 3 women and nearly 1 in 6 men experience some form of sexual violence during their lifetimes.

The Time Magazine 2017 Person of the Year began using “Me Too” in 2006 as a tool to provide healing, education, and action for students in the Black Belt, a region in the U.S. South, namely Alabama and Mississippi. The movement became a global phenomenon of healing and empowerment in 2017, when actress and social activist Alyssa Milano tweeted an invitation to sexual harassment and sexual assault survivors to tell their stories.

Founder of Justbe Inc., an organization committed to the leadership development and wellness of Black girls, Burke is now the senior director at Girls for Gender Equity in Brooklyn, NY.

In 2018, she was featured on the covers of Time Magazine as one of the 100 most influential people in the world and Variety Magazine’s Power of Women issue. She is the recipient of the Ridenhour Prize, The Change Makers Award from Black Girls Rock, and topped the 2018 The Root 100 list as the most influential African American. 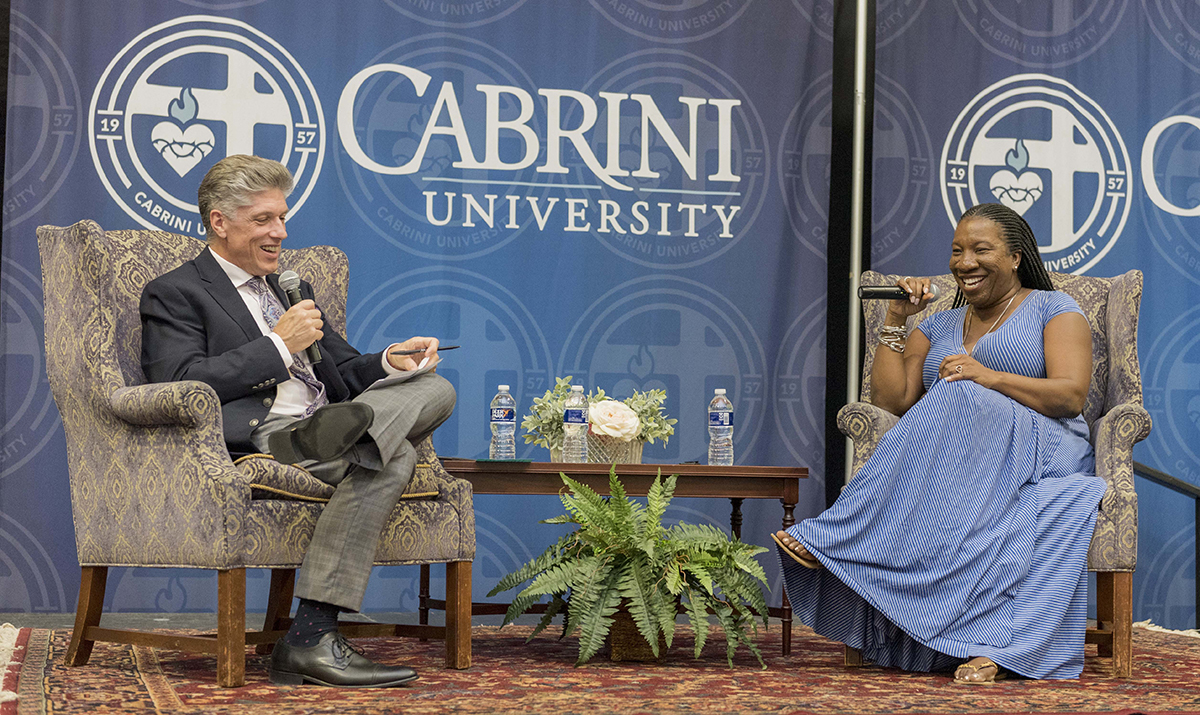 During the award presentation at Cabrini, Burke and Assistant Professor of History and Political Science Joseph Fitzgerald, PhD, discussed the reach of sexual violence.

“There is no demographic that is not touched by sexual violence,” she said. “This thing doesn’t discriminate.”

Burke urged the audience of Cabrini students, faculty, staff, administration, and special guests to “look for the gaps” in the laws that protect children. She encouraged survivors to find joy in their journeys of healing.

“Nobody can take [what brings you joy in your life] from you,” Burke said, who documented instances of joy to help in her own healing process. “You are not the sum total of the things that happened to you. Survivors’ first priority is coming back to ourselves … Joy brings us closer to that wholeness. I’m a survivor of sexual violence. That is not going to define who I am. I’m a mother. I’m a writer. I’m a friend. I’m a badass.”

Burke responded with emotion when a member of the Cabrini community asked her how to heal from sexual violence.

“I want you to know, the reason I do this work is so you can feel safe,” she said. “There are so many of us. You are not alone. I see you.”

In closing, Burke continued, “I really want all survivors to hear this: Telling your story is not a sign of courage. What I mean by that is, our messages in the media and the world are that you have to tell your story; come forward and tell your story.