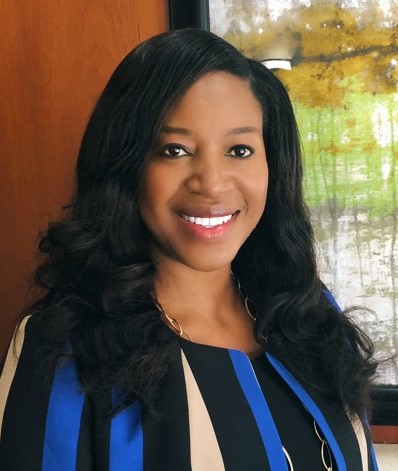 Ugochukwu—who most recently served as Vice President for Academic Affairs and Dean of Faculty at Cottey College in Nevada, Missouri—will begin her new role at Cabrini on Feb. 1.

“Dr. Ugochukwu demonstrates the vital expertise and dedication that is pivotal for integrating Cabrini’s mission with a continued commitment to academic excellence and student success,” said Donald B. Taylor, PhD, President of Cabrini University.

“I found my tribe at Cabrini University!” said Ugochukwu. “From the minute I stepped on campus it became obvious that the University’s commitment to social justice and its ‘Education of the Heart’ mission aren’t just slogans, but canons that are lived and shared by all.”

At Cottey College, Ugochukwu was responsible for all aspects of academic programming while serving as a key member of the college’s strategic planning process. There, she focused on initiatives to enhance retention and graduation rates, diversify revenue, expand new programs, and strengthen faculty and staff development and academic support services.

Prior to Cottey College, Ugochukwu served as the Dean of the School of Social Sciences, Business and Education at Mount Mary University, and the Assistant Dean in the J. William and Mary Diederich College of Communication at Marquette University. Earlier, she served as a tenured associate professor of Journalism at the University of South Carolina (USC) Upstate, where she also served as the adviser for the student newspaper and coordinator of the Journalism unit in the Fine Arts and Communication Studies department.

During her tenure at USC Upstate, Ugochukwu was selected as the university’s nominee for the 2006 “South Carolina Governor’s Professor of the Year Award.” Since then, she has received several advising and teaching awards, including the “Bank of America’s Excellence in Teaching and Advising Award,” the University of Texas at Austin’s “University Continuing Fellowship,” the “Ada Frances Miller Fellowship for Excellence in Journalism,” and the Broadcast Education Association's “Research in Progress Award.” Ugochukwu is a member of Kappa Tau Alpha- Journalism Honor Society, and winner of the Royal Commonwealth Essay Competition.

Ugochukwu has also maintained an active grants portfolio, including Diversity Incentive Grants, Teaching and Productive Service grants, a DAMM grant from the Greater Milwaukee Journal Foundation, and other grants from the Community Outreach and Partnership Center in South Carolina and Mayor of Spartanburg’s Cultural Foundation.

Prior to her academic career, Ugochukwu was a professional journalist and worked as a political reporter, columnist, and features editor. She is deeply committed to social justice, and initiated an annual diversity conference/speaker series which attracted senators, policy makers, human rights activists, authors, and industry experts to address critical issues in human rights and international affairs at USC Upstate.

As a diversity speaker/trainer, Ugochukwu has presented talks on cultural sensitivity issues in the workplace. She was an active member of the College Media Association, formerly College Media Advisers, where she served on the Diversity Committee and gave presentations on diversity-related issues at the annual conventions. Ugochukwu received a “Diversity Advocate” award at USC Upstate and was honored with the “Golden Roses” award, which honors women who support diversity and inclusivity at Marquette University.

“There is nothing better than working with people who share your value for an institution that believes that a true education ought to instill in its students a concern for others,” said Ugochukwu. “I am excited about joining the roster of Cabrini University and look forward to working with faculty and staff to enhance the mission of educating students to be engaged citizens of the world.”

Ugochukwu earned a doctorate in Journalism and a doctoral portfolio in Women’s Studies from the University of Texas at Austin. She earned her baccalaureate degree in Theatre Arts.

Cabrini enrolls approximately 1,650 undergraduates in more than 35 majors, pre-professional programs, concentrations, and minors on its serene 112-acre campus located 30 minutes from Philadelphia. The University also enrolls 800 students in graduate, doctoral, and professional studies programs at its main campus in Radnor, PA, and at five off-campus locations.