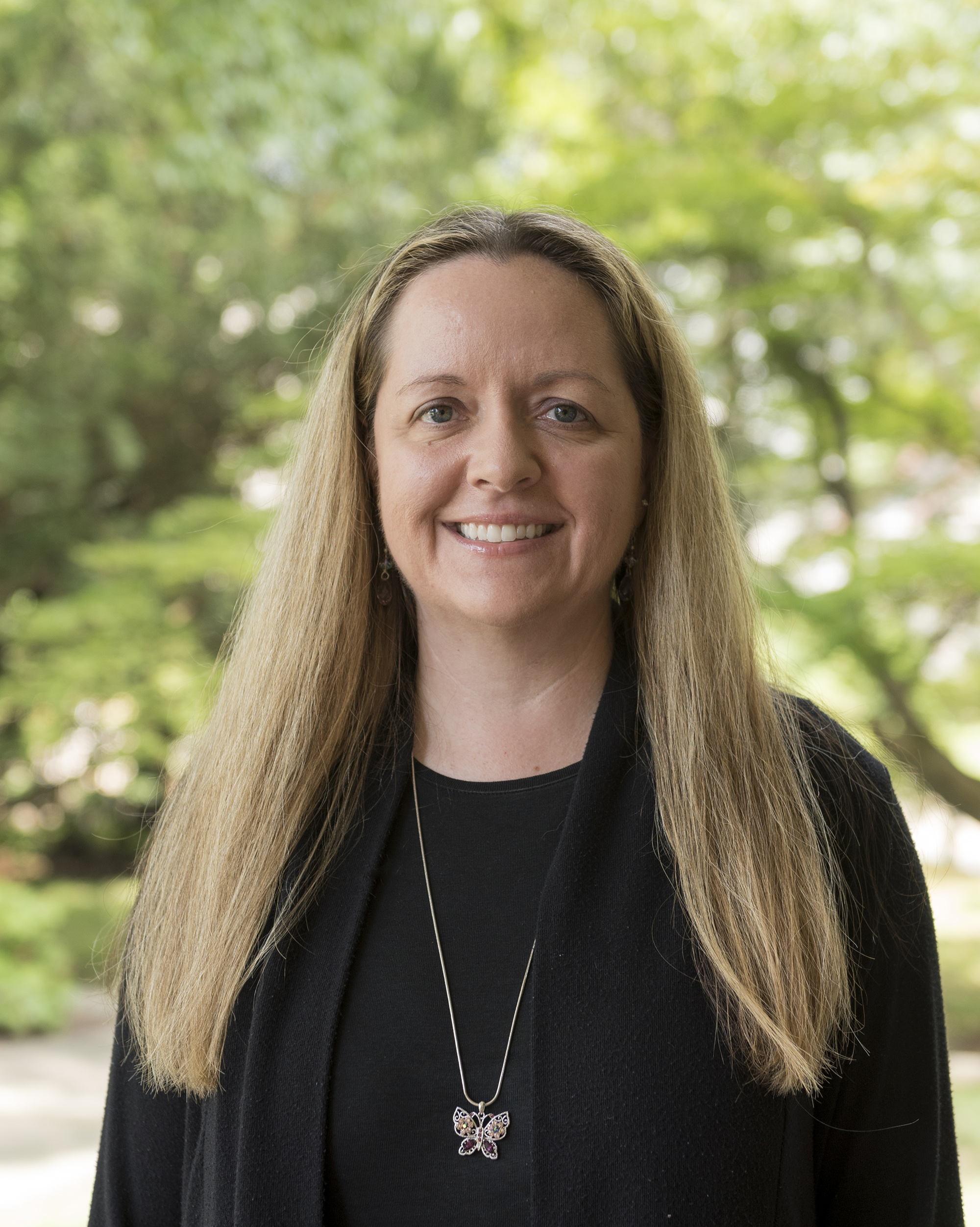 Courtney Smith, PhD, has experienced Cabrini from many different perspectives: as a high school student, a college student, alumna, and faculty member.

She immediately felt a sense of community within the campus; she applied and was accepted to begin undergraduate studies the following year.

As a history and political science major, she found the faculty members, particularly James Hedtke, PhD, and Jolyon Girard, PhD, to be engaging and eager to provide a welcoming educational environment.

She enjoyed all of the classes she took with Hedtke and Girard, and she eventually used their teaching styles as models to develop her own unique approach to teaching.

Smith graduated from Cabrini with a bachelor’s degree in history and political science in 2000, and continued her education at Lehigh University, earning master’s and doctoral degrees in American history.

Attending a university twice the size of Cabrini made Smith yearn for her alma mater’s intimate atmosphere, so she regularly returned to campus for the annual History and Political Science Club Forum and other alumni events.

In 2008, Smith returned to Cabrini in a new capacity as she joined the History Department’s faculty. In addition to teaching courses in European and American history, and modern American popular culture and sports, Smith developed an Engagements with the Common Good 300-level course that uses oral history as a means for social justice advocacy.

Smith has served as faculty advisor for the History and Political Science Club, the same club that sponsored many forums that brought her back to campus after graduation. Recent forum topics have included “Abraham Lincoln: The Life and Legacy of Our Sixteenth President” and “The United Nations.”

A focus of Smith’s research has been sports, including the Philadelphia Stars, a Negro National League baseball team that played from 1933 to 1953. Smith has submitted two manuscript proposals, one based on her research of the Philadelphia Stars and another based on her research of Lehigh University's intercollegiate athletics. Additionally, she was asked to write a chapter on sports in Philadelphia during the Colonial Era for a forthcoming book from the University of Arkansas Press. The chapter, "Wickedness and the Holy Experiement: Sports in Colonial Philadelphia," is currently under review.

She has published book reviews for several journals, including The Journal of American History, and also serves as the Managing Editor for the peer-reviewed Black Ball: A Journal of the Negro Leagues. Her article "A Fine Line Between Admiration and Animosity: Ed Bolden's Philadelphia Stars, the Negro National League, and the Philadelphia Tribune, 1933-1938" appeared in the Fall 2013 edition of Black Ball.

Ever since she first set foot on campus, Smith felt that Cabrini was a perfect fit for her. Now she takes on the same fervor for history and the College exhibited by her former professors, and passes it on to her students every day.