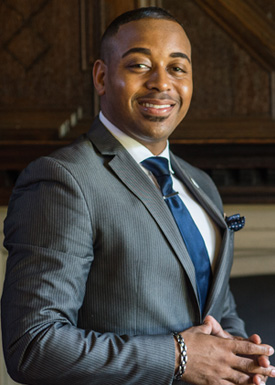 Known as an Equity and Anti-Racist Freedom Fighter, Ronald W. Whitaker, II, EdD, is the appointed Culturally Responsive Pedagogy Assistant Professor of Education and the Director of the Center for Urban Education, Equity, and Improvement (CUEEI) at Cabrini University. Further, Whitaker also holds the distinction of being a Schouver Fellow at Duquesne University. As a Schouver Fellow, he engages in improvement projects that seeks to build system capacity within organizations.

As a researcher and scholar, Whitaker publishes articles that focus on the psychology of race and racism, issues related to diversity, equity, inclusion (DEI), culturally relevant and sustaining pedagogy, and the societal and educational disenfranchisement of African American males. His scholarship has been included in Books and Handbooks such as:

Below is a sampling of Dr. Whitaker's publications.  See his CV for a complete list.