The Importance of Connection in Healing: Voices of Survivors of Sexual Assault, Dating, and Domestic Violence 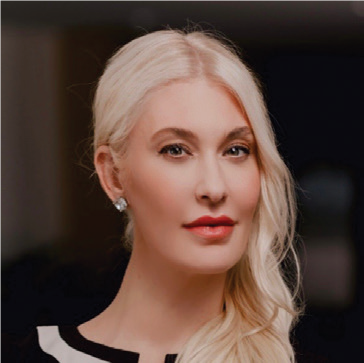 Sarah Kelin is a preeminent civil and trial attorney with Manly, Stewart & Finalidi who specializes in representing sexual abuse survivors and a nationally renowned advocate for legal, cultural, and political change for the support for the victims of sexual abuse.

A former competitive gymnast, Klein is also the first known victim of former Olympic women’s gymnastics doctor Larry Nassar. At the July 2018 ESPY Awards, Klein accepted the Arthur Ashe Courage Award on behalf of herself and the hundreds of other survivors who spoke out and testified about Nassar’s abuse.

Klein’s legal practice is focused on representation of victims of sexual abuse by perpetrators under the aegis of powerful institutions including school districts, sport federations, entertainment conglomerates, churches, youth organizations, and Fortune 500 companies. She is also actively spearheading the fight to extend the statute of limitations for child sexual abuse victims across all 50 states.

Sarah is an alumna of Columbia University and the Massachusetts Institute of Technology’s Global Entrepreneurship program. She sits on the Board of Directors of CHILD USAdvocacy, a national organization committed to protecting children’s civil liberties and keeping children safe from abuse. She also sits on the Board of Yale University’s Sports Equity Lab, pursuing research to inform policies around safe sporting environments and help fight abuse, in all forms, for all athletes.

Through her significant experience in lawyering some of the country’s highest profile cases, Klein has become a leading voice on sexual abuse and other legal issues on television, radio, and in print media including NBC, CBS, ABC, Fox, ESPN, NPR, The New York Times, The Washington Post, The Wall Street Journal and USA Today.  She regularly appears as a legal analyst on Court TV.

“The time has come for the law to impose the full legal consequences that abusers and their enablers deserve.” Sarah Klein

Carla Clanagan, Founder and Executive Director, In His Eyes Outreach

Carla Clanagan founded her nonprofit, In His Eyes Outreach in 2007. She is the Executive Director and works to support, advocate and educate women being released from prison. She also advocates for survivors of sex trafficking and domestic violence.

Carla attended Pennsylvania State University to study Policy and Administration and went on to Forbes School of Nursing. Carla has worked in healthcare for over 20 years. She worked for Montgomery County for 7 years and she currently is the operations Program Director for a safe house for survivors of sex trafficking. She also directs an empowerment program for Survivors that runs in several counties in Pennsylvania.

She is an advocate for women in recovery from drug and alcohol addiction, those who are ex-offenders and women who have been victims of domestic violence and human trafficking. Carla teaches life skills, parenting, employability workshops, cognitive behavior change and Ending the Game (ending life in the sex industry) and offers advocacy and mentoring.

Carla is currently working as a trainer, presenter.  motivational speaker, advocate and consultant. She is a member of several local and national groups - Cabrini College’s Domestic Violence Awareness Board of Advisors, the Interagency Council of Norristown Board of Directors and serves as the executive director for Montgomery County Anti Human Trafficking Coalition. Carla facilitates workshops throughout the area on Prison Reentry, Human Trafficking/Commercial Sexual Exploit and Domestic Violence.

In 2020 she was the YWCA Exceptional Woman Coretta Scott King Freedom Awardee, 2019 she was awarded the KYW Game changer award. 2016 she was the recipient of the Martha Dale Willis Ivy Young Humanitarian Award.

Carla resides in Collegeville, PA with her husband of 26 years, James, two children, son Dakota and daughter Makenzie. She enjoys reading and spending time with her family.

Makenzie Clanagan is the founder of a dating violence program called Zee’s Reflection. She also blogs under the same name. Makenzie is a survivor of dating violence. Her incident occurred in 2017 during her senior year of high school. After going through the recovery and court process God laid it upon her heart to create Zee’s reflection. Over the past 4 years she has had multiple speaking engagements at churches, youth groups, women's and youth conferences. Last year she returned to her high school and spoke to the entire student body and faculty. She has appeared on the TV talk show “Hands Off” and CBS News. Makenzie also had a radio interview on KYW news radio. She is a youth leader for a local domestic violence organization's peer support group for victims. She is pursuing a Bachelor's Degree in Integrated Marketing /Communication at Slippery Rock University where she is a senior. She is employed part time as a resident assistant at a safehouse for survivors of human sex trafficking. In her free time she enjoys journaling, fitness, and spending time with her family.

Ruth Glenn is the CEO and President of the National Coalition Against Domestic Violence. Previously Ms. Glenn was employed by the Colorado Department of Human Services for 28 years and served as the Director of the Domestic Violence Program (DVP) for the last nine of those years, retiring from state service in 2013.

Ruth has worked and volunteered in the domestic violence field for over 27 years and holds a Masters’ in Public Administration (MPA) from the University of Colorado Denver, Program on Domestic Violence. Ms. Glenn has served on many domestic violence program and funding and grant administration boards, provided hundreds of presentations on domestic violence victimization and survival, testified before the Colorado State legislature and the United States Congress, and provided consultation, training and technical assistance on a local and national level on victim/survivor issues. As a survivor, Ruth also often shares her experience as a survivor to bring awareness about the dynamics of domestic violence.

Rhett Hackett, President/Co-founder of the Humanity Preservation Foundation (HPF) and the Host of #HANDSOFF 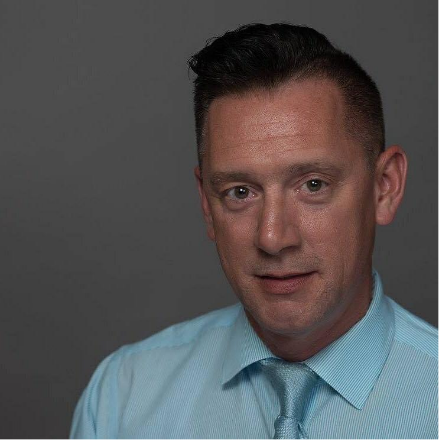 Rhett Hackett is the President/Co-founder of the Humanity Preservation Foundation (HPF) and the host of Handsoff a weekly television show on the RVNTV network.  A survivor of child sexual abuse, he appeared on the Oprah Winfrey Show &has been on radio, television, newspapers and he is an award winning speaker on the topic of inter-personal violence. He advocates for both adult and juvenile victims of child abuse, along with providing testimony to change laws in the State of New Jersey, working with law enforcement & has spent countless hours supporting victims, families & thousands of children. His speaking engagements includes parents, educators, legislators, businesses & lectures at high schools, 1st year medical students at University of Pennsylvania, Rowan University and social worker professionals.  Together with his team at HPF they have provided prevention education programs, hosted numerous events including an outreach aimed at the connection of childhood trauma and addiction.